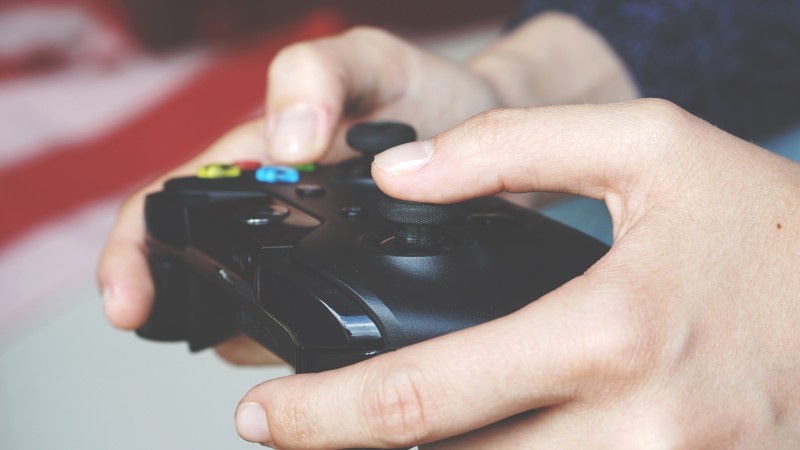 Which video game has the most sequels?

Unlike movies franchises, which generally get a bit rubbish by the third entry, video games series can seemingly go on forever. Case in point, Final Fantasy XV and Pokemon Sun and Moon.

Of course, the main titles in a series are just the tip of the iceberg. When you factor in spin-offs, the number of games in a franchise can push higher double or even triple digits!

But which video game franchise boasts the most titles? We decided to find out!

(By the way, we’ve excluded re-releases in our final counts. We’ve also excluded sports franchises like FIFA and WWE).

Nintendo’s iconic RPG series began in 1986 with the release of The Legend of Zelda on the NES, and it’s become one of the most beloved video game franchises of them all – despite most of the games pretty much having the same plot.

Link has appeared in 30 games in total, most of which have received critical acclaim; Ocarina of Time, A Link to the Past and The Windwaker are considered some of the best games ever made.

It hasn’t all been smooth sailing for little Link though. His back catalogue includes the notoriously terrible CD-i games, which were developed by Philips rather than Nintendo, as well the perfectly respectable-but-not-great Crossbow Training.

Still, they’re a minor mark against one of gaming’s most consistently brilliant series.

Everyone’s favourite tie-wearing simian has starred in 32 games to date, although he hasn’t been the hero in all of them.

In fact, he was an utter monster who kidnapped princesses and threw barrels at Italian plumbers at the start of his career.

Fortunately, time soothed DK’s temper and he turned away from evil to star in classic games like Donkey Kong Country and Donkey Kong 64.

DK’s back catalogue is rounded off by a few spin-offs with his foe-turned-friend Mario and the underrated Donkey Konga, which is still the world’s only bongo simulator.

Resident Evil first shambled into our lives in 1996, dumping us in a lovely mansion and asking us to survive an onslaught of zombies, big spiders and weird green bear thingys.

Since then, the series has developed into a hugely convoluted tale involving various shadowy groups, a massive cast of characters and an international series of locations. It all came to a head with Resident Evil 6, a huge and frankly ridiculous action shooter that was like a 90s action movie directed by George Romero.

As well the main series (which is only up to 7), Resident Evil has spawned a couple of on-rails lightgun shoot-em-ups, the Gears of War-inspired Operation: Raccoon City and the surprisingly great Revelations titles. It also boasts 9 mobile games that pretty much no-one has played.

Castlevania debuted in 1986, casting players as vampire hunter Simon Belmont and tasking them with killing the biggest, baddest bloodsucker of them all: Count Dracula.

The series has taken numerous twists and turns since then, evolving from a fast-paced side-scrolling platformer to a 3D Zelda-style RPG and back again.

These days, Castlevania is more of a cult concern than a mainstream favourite, with a lot of people considering 1997’s Symphony of the Night the series’ high point.

Square’s other RPG has been going strong since 1986, with 11 main games and a series of spin-offs putting the total game count at 43.

The series shows no sign of slowing down either, remaining hugely popular in both Japan and the US.

Looking for something new to play? You can now buy video games from musicMagpie too! We’ve got a huge range of games across all consoles, all at low prices and with FREE delivery!

People have been trying to catch ‘em all for 20 years now, although Nintendo keep making more monsters so it’s probably a bit of a futile task. Still, as long as we’re having fun!

Since the release of Red and Blue, there have been 15 main titles (not counting each colour edition) as well as 6 Mystery Dungeon titles, 2 pinball games, 3 Pokemon Ranger games, 4 Pokemon Rumble games and 6 Pokemon Stadium/Battle/Tournament games.

On top of all that, The Pokemon Company has released 23 miscellaneous games like Great Detective Pikachu, Pokemon Snap and the bona-fide cultural phenomenon Pokemon Go for a grand total of 59 games!

The main Final Fantasy series now runs to 15 games, although none of them share characters, a plot or even the same world. In fact, pretty much the only consistent elements are random characters named Cid and the ever-lovable Chocobos.

However, the FF universe extends well beyond the numbered franchise. There are a couple of series within the series, such as Final Fantasy Tactics and Final Fantasy: Crystal Chronicles, as well as spin-offs like Final Fantasy X2 and Lightning Returns.

In total, 80 games fall under the Final Fantasy umbrella, with even more in the pipeline. So much for final!

Sonic turned 25 this year and, unfortunately, time has taken it’s toll. He’s nowhere near as popular as he once was, with the Sonic Boom series getting a critical mauling. These days, kids know him as the fast blue one from Mario and Sonic at the Olympic Games series.

Back in the glory days, though, Sonic was everywhere. He’s starred in 15 2D platformers, 12 3D games, 5 arcade games and 3 educational games. Amazingly, he’s also starred in 13 racing games – even more than Mario.

Sonic’s back catalogue is rounded out by 32 other titles, including the aforementioned Sonic Boom series and the intriguing Sonic Poker for mobile phones. That brings his total to 80 games.

Although he’s not as popular as Sonic in this country, Mega Man – a little chap dressed in blue armour with a gun for a hand – is much more prolific.

There are only a relatively meagre 11 games in the main Mega Man series but a metric ton of spin-offs – including 6 separate spin-off series!

On top of all that, there are a further 35 Mega Man mobile games and 7 spin-off titles, including a Street Fighter X Mega Man mash-up.

With so many games across so many different series, coming up with a final figure is difficult. We counted 103, but when you factor in re-releases and remakes the figure comes in at well over 130 games.

It’s no surprise that the world’s most recognisable video game character has also headlined the most games.

The Italian plumber’s career started in Donkey Kong, although we’ve only counted the games bearing his name on the front cover.

Including all of his platform adventures, the Paper Mario series and the countless Kart, Party, Tennis and The Olympics games he’s lent his name to, Mario has headlined a frankly ridiculous 119 games!

Again, there a ton of unofficial releases, educational games and re-releases too that are simply to difficult to keep track of, so that figure could potentially be much, much higher!

Here are the video games with the most sequels!

Have you found a video game series with more releases than the ones in this post? Let us know in the comments!

If you need a little extra cash for the latest releases or just want to trim down your games collection, sell video games with musicMagpie! It’s fast, FREE and easy: just get an instant price, send your games for FREE and we’ll pay you the same day they arrive. You can sell Mobile Phones, CDs, DVDs, Books and Tech at the same time too!

Plus, you can also buy refurbished Phones and pre-owned Games, DVDs and more at the musicMagpie Store!