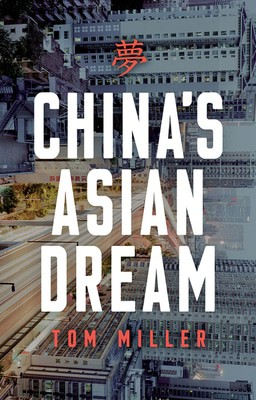 "China", Napoleon once remarked, "is a sleeping lion. Let her sleep, for when she wakes she will shake the world." In 2014, President Xi Jinping triumphantly declared the lion had awakened. Under his leadership, China is pursuing a dream to restore its historical position as the dominant power in Asia.

From the Mekong River Basin to the Central Asian steppe, China is flexing its economic muscles for strategic ends. By setting up new regional financial institutions, Beijing is challenging the post-World War II order established under the watchful eye of Washington. And by funding and building roads, railways, ports and power lines-a New Silk Road across Eurasia and through the South China Sea and Indian Ocean-China aims to draw its neighbours ever tighter into its embrace.

Combining a geopolitical overview with on-the-ground reportage from a dozen countries, China's Asian Dream offers a fresh perspective on the rise of China' and asks: what does it means for the future of Asia?

Here's what you say about
China's Asian dream - Tom Miller.

Tom Miller is managing editor of the China Economic Quarterly, published by research company GK Dragonomics, and a former Beijing correspondent of the South China Morning Post. Tom has a degree in English from Oxford and an MA in Chinese Studies from the School of Oriental and African Studies in London. After teaching for a year at Shanghai University, he studied Chinese at Beijing Language and Culture University and at China's Central Academy of Drama. Resident in China for more than a decade, Tom lives in Beijing with his wife and two children. This is his first book.

'Understanding the philosophy behind China's national aspirations will be a defining task of 21st-century diplomacy. In that vein, China's Asian Dream will prove essential reading.'

'A lively work … particularly strong on the role that Chinese-backed infrastructure development will play in fulfilling [China's regional] ambition.'

'A must read for those interested in whether President Xi's reincarnated "Silk Road" will succeed in restoring the grandeur of the Middle Kingdom.'

'One of the best accounts we have of what China's rise really means for the world.'

'A uniquely well informed view of the opportunities, and the huge risks, of China's bold ambitions in the region.'

Kerry Brown, author of China and the New Maoists

'An indispensable guide... brimming with telling insights and arresting stories, China's Asian Dream really hits the ball out of the park.'

'Tom Miller tackles the central question of our time: whether China can translate its economic power into geopolitical clout, and execute its breath taking plan to dominate its Asian neighbours.'

Richard McGregor, author of The Party: The Secret World of China's Communist Rulers

'Excellent … Tom Miller has voyaged around China's periphery [and] his long experience of analysing the Chinese economy enables him to puncture a few over-inflated myths.'

Bill Hayton, author of South China Sea: The Struggle for Power in Asia

'[A] vivid and useful guide to China's unfolding strategy and its economic and diplomatic ramifications.'

'A terrific combination of data and pavement-pounding local investigation, with discussions between academics, market traders and officials from Laos to India.'

'One of the best researched volumes on Chinese President Xi Jinping's driving vision, his 'dream' to return his country to the dominant position it had held in Asia since ancient times.'