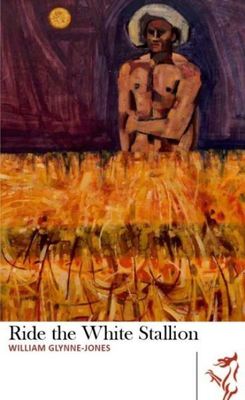 Sequel to Farewell Innocence, charting the trials of Ieuan Morgan at work and in family life. Once familiar only with the feel of books, foundry life has made his hands dark, knotted and fiercely strong. This is an honest portrait of an industrial town and a convincing character study of a young man's creative awakening amid challenges of domestic penury and hard graft.

Here's what you say about
Ride the white stallion - William Glynne-Jones.

Life in the foundry is changing Ieuan Morgan, whose hands, once familiar only with the feel of books are now dark, knotted and fiercely strong. He dreams of writing and the day his young love Sally will come home from the convalescence home. When that day arrives Ieuan's life starts to feel complete and marriage only deepens that conviction. But much longed for success with his writing brings with it new temptations, when Stella Courtland, the sophisticated editor of a fashionable magazine enters the young man's life.

Ride the White Stallion is the sequel to Farewell Innocence, charting the trials and travails of Ieuan Morgan at the foundry and in his family life. It is an account of a young man's creative awakening amid the challenges of domestic penury and downright hard graft. A portrait of an industrial town as well as a convincing character study, Ride the White Stallion is shot through with truth and honesty, twin hallmarks of Glynne-Jones's work.
Publisher: Parthian Books

Set in the 1930s, Ride the White Stallion is played against a disconcertingly prescient backdrop of economic recession and creeping globalisation. It can also be read as a sequel to Farewell Innocence, Glynne-Jones's coming-of-age novel which centres on the struggles of Ieuan Morgan, a sensitive, aspiring young writer forced to leave school at fifteen to work at the foundry.

In Ride a White Stallion we revisit Ieuan to find him still in his hometown of Abermr (a thinly disguised Llanelli), celebrating his twenty-first birthday. Although he knows he will not find fulfilment in the foundry, he has at least learned how to survive its brutalising environment. He is aware, too, that his job is better than the very real prospect of unemployment and the despised means test. He is also preoccupied with Sally, his first love whom he longs to marry, who has finally been released from a long spell of isolation at the TB sanatorium. Despite this new-found relative happiness, Ieuan's unfulfilled ambition of becoming a writer continues to gnaw at him: 'Deep within him he felt a weariness that made him old. No more procrastinations? How often in the past had he resolved that nothing would interfere with his ambition?'

When another spell of lay-offs at the foundry prompts him to begin writing and submitting short stories for publication, his talent is soon spotted by Stella Coutland, a London literary editor and heiress. Flattered and overwhelmed, Ieuan soon falls under the spell of the glamorous Stella and her promises of a future as a successful writer.

Gwynne-Jones's searing gaze remains firmly fixed on Ieuan, avoiding as he does so any temptation to turn him into a working-class hero. More complex and far less sympathetic than his youthful incarnation, Ieuan emerges as a character who has lost not just his innocence, but his moral compass too; as someone who is ready to walk away from the solidarity of the shop floor in favour of a management position, even when it means overseeing the hated new piece-work system. When tested, he also proves himself willing to abandon his beloved Sally and their daughter for hopes of a literary career (and lover) in London. But is Stella, like the foundry owners, simply using him?

While the power of Loss of Innocence lies in its visceral descriptions of the 'heat and the grime' of the furnace, as seen through the eyes of its young protagonist, in Ride the White Stallion this intensity feels somewhat diminished. The extended descriptive passages, which carry such a raw and visceral power in the first novel, have here lost some of their impact and, in places, feel a little overlong.

The novel is at its best when dealing with moments of external and internal conflict: between Ieuan and his bosses, Ieuan and his fellow workers, his hard-nosed, materialistic mother, his new wife and in the (darkly humorous) exasperation he feels towards his overbearing, evangelical mother-in-law. The overarching internal conflicts - between the demands of writing and the pressures of work, marriage and fatherhood - are also unblinkingly examined.

The strength of Ride the White Stallion lies in its acute characterisation (especially of its 'hero' Ieuan) and in its resolute refusal to sentimentalise working-class life.
Liz Jones @ www.gwales.com