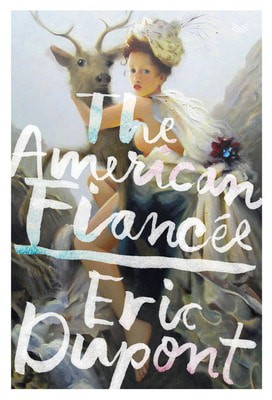 In this extraordinary breakout novel - a rich, devastatingly humorous epic of one unforgettable family - award-winning author Eric Dupont illuminates the magic of stories, the bonds of family, and the twists of fate and fortune to transform our lives.

Over the course of the twentieth century, three generations of the Lamontagnes will weather love, passion, jealousy, revenge and death. Their complicated family dynamic as dramatic as Puccini's legendary opera, Tosca - will propel their rise, and fall, and take them around the world . . . until they finally confront the secrets of their complicated pasts.

Born on Christmas, Louis Lamontagne, the family's patriarch, is a larger-than-life lothario and raconteur who inherits his mother's teal eyes and his father's brutish good looks and whose charms travel beyond Quebec, across the state of New York where he wins at county fairs as a larger-than-life strongman, and even in Europe, where he is deployed for the US Army during World War II. We meet his daughter, Madeleine, who opens a successful chain of diners using the recipes from her grandmother, the original American Fiance, and vows never to return to her hometown. And we end with her son Gabriel, another ladies' man in the family, who falls in love with a woman he follows to Berlin and discovers unexpected connections there to the Lamontagne family that re-frame the entire course of the events in the book.

An unholy marriage of John Irving and Gary Shteyngart with the irresistible whimsy of Elizabeth McCracken, The American Fiance is a big, bold, wildly ambitious novel that introduces a dynamic new voice to contemporary literature.

Eric Dupontis an author, teacher and translator from Montreal. His French-language novelLa Logeusewon the Combats des livres. He was a finalist for both the Prix littraire France-Qubec and the Prix des cinq continents. He was the winner of thePrix littraire des collgiensandthe Prix des libraires. His fourth novel,The American Fiance was onthe 2018 Scotiabank Giller Prize shortlistand was a finalist for the2018 Governor General's Literary Award for translation.

Peter McCambridge runs the Qubec Reads website and the QC Fiction imprint. Life in the Court of Matane (also by Eric Dupont) was the first novel he chose for this collection and the book that made him want to become a literary translator in the first place. His translation of its first chapter won the 2012 John Dryden Translation Prize. The American Fiance is his tenth book in translation.

'I lovedThe American Fiancefor its heart and scope. Dupont leads us through the tale with grace, cunning, wit, and high intelligence. It's a brilliant tribute not only to the unforgettable Lamontagne clan, but to the art of storytelling' Patrick deWitt, author ofFrench Exit

'The American Fiance is a wild, joyful cacophony of rumors, tragedies, and loose ends that come together in a gravity-defying feat. Like the best of family lore, it will remind you of the first tales you were ever told, and why you love stories in the first place' Thea Lim, author ofAn Ocean of Minutes

'An epic, rambling, decades-spanning, vastly entertaining book. […] If you read only one fiction book this year, make it this one. Five stars' James Fisher, The Miramichi Reader

'Check the shelves in just about every household in Quebec with any inclination toward literary fiction and you will find a copy of Dupont's novel. It's the Thriller or ABBA's Greatest Hits of its world, with a popular reach most serious writers stopped dreaming of decades ago. It's fair to say, then, that the novel now finally available in English as Songs for the Cold of Heart is significant as a socio-cultural phenomenon, irrespective of its literary merits. Happily, those merits are many and varied' Ian McGillis, Montreal Review of Books