All OFFERS
All Mobile Phones
All iPad & Tablets
All Smartwatches
All MacBook & Other Tech
All Rental
All Gaming
All Books
All DVD
All Blu-ray
All Music
All Certified Refurbished
Hurry, item low in stock!
]]> 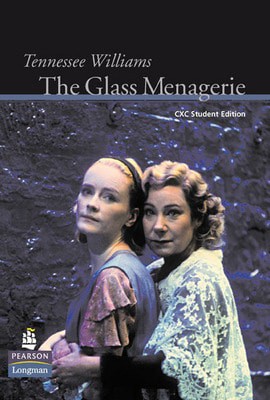 Mala Morten-Gittens is from Trinidad and Tobago. She teaches English at St George?s School.

Born to Cornelius and Edwina Dakin Williams on March 26, 1911, in Columbus, Mississippi, Thomas Lanier ?Tennessee? Williams was amply prepared for writing about society?s outcasts. His mother was an aggressive woman, obsessed by her fantasies of genteel Southern living. His father, a travelling salesman for a large shoe manufacturer, was at turns distant and abusive. His older sister, Rose, was emotionally disturbed and destined to spend most of her life in mental institutions. He remained aloof from his younger brother, Dakin, whom his father repeatedly favoured over both pf the older children. Who could have foretold that this shy, sickly, confused young man would have become one of America?s most famous playwrights.

More than a half a century has passed since critics and theatre-goers recognised Williams as an important American playwright, whose plays fellow dramaturge David Mamet calls ?the greatest dramatic poetry in the American language?. Williams?s repertoire includes some 30 full length plays, numerous short plays, two volumes of poetry, and five volumes of essays and short stories. He won two Pulitzer Prizes (for A Streetcar Named Desire in 1947 and Cat on a Hot Tin Roof in 1955), and was the first playwright to receive, in 1947, the Pulitzer Prize for drama, the Donaldson Awards; and
the New York Drama Critics Circle Award in the same year.

Although Williams?s first professionally produced play, Battle of Angels, closed in 1940 because of poor reviews and a censorship controversy, his early amateur productions of Candles to the Sun and Fugitive Kind were well-received by audiences in St. Louis. By 1945 he had completed and opened on Broadway The Glass Menagerie, perhaps his best known play, which won that years New York Drama Critics Circle, Donaldson and Sidney Howard Memorial awards. In the course of his career, Williams accumulated four New York Drama Critics Awards; three Donaldson Awards; a Tony Award for his 1951 screenplay, The Rose Tattoo; a New York Film Critics Award for the 1953 film screenplay, A Streetcar Named Desire; the Brandies University Creative Arts Award (1965); a Medal of Honour from the National Arts Club (1975); the $11,000 Commonwealth Award (1981); and an honorary doctorate from Harvard University (1982). He was honoured by President Carter at Kennedy Centre in 1979, and named Distinguished Writer in Residence at the University of British Columbia, Vancouver, in 1981.

In addition to kudos from critics, Williams held for many years the attention of audiences in America and abroad. By 1955 his reputation was firmly established; that year?s Broadway production of Cat on a Hot Tin Roof ran for 694 performances. Some years after their first Broadway runs, four of his plays were revived successfully there: Cat on a Hot Tin Roof (October 1975), and The Glass Menagerie (December 1975). On the day of Williams?s death, the New York evening papers issued an impressive list of famous actors who have performed in his plays; these include Jessica Tandy, Marlon Brando, Geraldine Page, Paul Newman, Maureen Stapleton, Eli Wallach, Tallulah Bankhead, Burl Ives, Katharine Hepburn, Elizabeth Taylor, Montgomery Clift, and Bette Davis. Whether one argues that these actors were made famous by Williams?s work, or that the quality of his work attracted the most popular film and stage performers, the connection between Williams and these near-legends of film and stage establishes the playwright as one of the most important figures in twentieth-century drama. R. Barton Palmer notes that Williams had more influence on the development of American cinema than any other twentieth century playwright.

The conflicts between sexuality, society, and Christianity, so much a part of Williams?s drama, played themselves out in his life as well. Having spent almost all of his life as a wanderer ? a sexual and religious outcast ? Williams died on February 23, 1983. It is a curious coincidence that Williams?s life ended in a place that shared the name of the apartment building in which one of his best-known characters, Blanche Dubois in A Streetcar Named Desire, met her figurative end. He died in the Elysee Hotel in New York; the name of the apartment building in Streetcar is Elysian Fields. It is perhaps appropriate that Willi