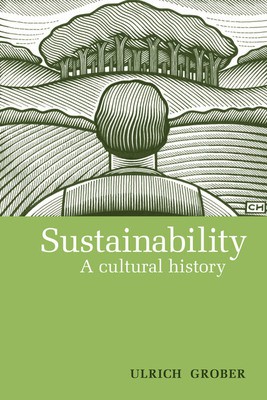 "A compelling analysis of the meaning of sustainability and development of the modern concept... Well researched and written... I recommend it to all environmentally-minded readers." - Paul Fitzpatrick, Green World

From diets to economic growth, everything these days has to be 'sustainable'. But the word's currency should not obscure its origins: sustainability is an age-old aspiration; a concept deeply rooted in human culture. Though in danger of abuse and overuse today, it can still be recovered from its present inflationary coinage.

In clear and thought-provoking terms, Ulrich Grober reassesses the concept of sustainability using a range of fascinating historical instances of its application. He considers the vision of men such as Hans Carl von Carlowitz, credited with having first formulated the three pillars of sustainability: environmental equilibrium, economic security and social justice. The journey takes in Francis of Assisi's thirteenth-century Canticle of the Sun, as well as Greek philosophers and Enlightenment scholars. Whether in the court of Louis XIV or the silver mines of Saxony, Grober reveals that sustainability is always born of crisis and yet also marks the birth of a new awareness, a realisation that the planet we live on has to be sustained and preserved for future generations.

This book offers a historically rich and nuanced introduction to a concept that could not be of more pressing importance for the twenty-first century.

Here's what you say about
Sustainability - Ulrich Grober.

Ulrich Grober is a publicist, broadcaster and journalist, whose work covers cultural history, future visions, sustainability and ecotourism. Born in West Germany, he studied Philosophy and German and English Literature at the Universities of Frankfurt and Bochum. His writing on deep ecology and sustainability has appeared in Die Zeit and Greenpeace magazines, amongst others. His best-selling second book, Vom Wandern - Neue Wege zu einer alten Kunst (On Hiking - New Ways to an Ancient Art), was published in 2006.

"Grober's impressive research unearths a wealth of detail about the key moments in the evolution of the idea of sustainability... Grober is correct that the terms of the debate on sustainability must not be defined solely by a neo-liberal vocabulary of growth and competition. He claims that 'in the looming shadow of climate catastrophe, this vocabulary is an inherited semantic burden', one as pernicious as the 'legacy of industrial garbage and hazardous waste sites, or the toxic assets created by the debt crisis'. Grober's determination to resist this by tracing the history of a more sustainable school of thought is both a timely and worthwhile endeavour."

"Sustainability is surely territory worth fighting over. Is it too late to reclaim it? Is it still possible to follow Confucius' teaching and rectify the term?

In his book, the German author Ulrich Grober makes a valiant and convincing attempt to do so. Not, however, by offering a new definition. Like all truly valuable concepts, he insists, sustainability resists simple definition. Instead he invites on a long a fascinating journey through time and space in order to rediscover the essence of the word, its history and its soul...

Our fossil-fuel era, which granted us a short interlude of licensed unsustainability, is fast drawing to a close. Before this era set in, we were in a global solar age, based only on renewable energy sources; after it has passsed, we will return to that. Finding our way back to the principles of sustainability is therefore not one option amongst others, but the only viable path.

How are we to achieve this? Grober proposes a simple litmus test comprising only two parts. Of every proposal we should ask these questions: does it reduce the ecological footprint? Does it widen access to a good quality of life?...

'The fashion for labelling as "sustainable" everything from fossil fuel extraction to the latest washing powder risks rendering the term almost completely meaningless.

Ulrich Grober's work on the origin and history of sustainability could therefore hardly be more timely.
In Sustainability: a cultural history, Grober sets out to capture its inner meaning, the essence of the term, through an exploration of its origin and development. But his book is far more than a linguistic history. It is a rich and compelling immersion into over 800 years of art, literature, politics and culture.

By firmly locating sustainability as an expression of the basic human need for self-preservation, for security and resilience in the face of a real threat of collapse, he reminds us that what is at stake is nothing less than life or death.
"This word", he claims, "contains everything that matters."
On the basis of this book, it would be hard to argue with him.'

"Ulrich Grober offers a compelling analysis of the meaning of sustainability and the development of the modern concept. He examines the depth and richness of our cultural relationships with nature across the centuries and around the world... Well researched and written, and expertly translated, this book fills a gap on our environment bookshelves. I recommend it to all environmentally-minded readers. Anyone who wants to understand where we are now, to see better our sustainable way forward, should find this book interesting."