All BLACK FRIDAY
All Mobile Phones
All Tech
All Tech Accessories
All Gaming
All Books
All DVD
All Blu-ray
All Music
All Vinyl
All Certified Refurbished
Hurry, item low in stock! 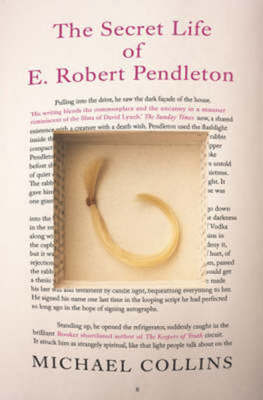 It's been over a decade since Robert Pendleton published his brilliant short story debut, and his hopes for a dazzling literary career now lie in tatters. Hanging on to his tenure in literature at Bannockburn college by the slimmest of threads, Pendleton's simmering despair boils over with the arrival on campus of his one-time friend, now nemesis, the bestselling author and king of the coffee-table book, Allen Horowitz.

For Pendleton, death seems to be the only remaining option, but his attempt to kill himself is wrecked by the intervention of Adi Wiltshire, a graduate student battling her own demons of failure and thwarted ambition. Whilst Pendleton recovers from his suicide attempt, Adi discovers a novel hidden in his basement: a brilliant, bitter story with a gruesome murder at its core.

The publication of Scream causes a storm of publicity, a whirlwind into which Adi and Horowitz are thrust - along with the sister of a young girl whose real-life, unsolved murder bears an uncanny resemblance to the crime in Pendleton's novel and a burnt-out cop with secrets of his own, who is determined to prove that in this case fact and fiction are one and the same.

Michael Collins was born in 1964 in Limerick, Ireland. He is the author of six novels, and two collections of short stories. His work has garnered numerous awards, including a Pushcart Award for Best American Short Stories, The Kerry Ingredients Irish Novel of the Year, along with being shortlisted for The Booker Prize and IMPAC Prize. Collins is also an extreme athlete and has won The Last Marathon in the Antarctic and set a record time in winning both The Himalayan 100 Mile Stage Race and The Everest Challenge Marathon. He is currently training for The North Pole Marathon in 2006.

A brilliantly plotted, brooding narrative, with a thrilling twist at its close
DAILY MAIL

This excellent novel draws on several genres - the campus novel, the rival-novelists novel, the classic crime novel - to make something unique
THE TIMES

As the plot unfurls, we see that Collins, with some subtlety, has managed to give the impression of a quotidian satire on life in the ivory tower. But THE SECRET LIFE OF ROBERT E. PENDLETON offers more than this: an ironic critique of that time-honoured genre and its attendant anti-intellectualism, which refuses to take itself too seriously
TLS

Part detective story, part philosophical tract with a nod to both Dona Tartt and Stephen King, this novel is compelling, thought-provoking, and just a little bit spooky
WATERSTONES BOOKS QUARTERLY

"searingly funny... Though his familiar caustic tones and honest dealings with the utterly seamy are present throughout, the lampooning of academia sometimes dominates to uproarious effect... He is one of Ireland's major talents abroad, and his continued blending of native writing talent with an acquired devotion to the entertainment value of American popular fiction is impressively single-minded.

Readers can turn the pages of E Robert Pendleton's secret life in equal anticipation of well-plotted thrillers, of the accessible seriousness Collins's fiction has always displayed, and of a good hoot at the literary world's wrangles."
IRISH TIMES - JOHN KENNY

Collins has always written about the darker forces underlying everyday situations and this novel is no exception. Each character is alone, seeking companionship, literary greatness, justice - or notoriety through terrible acts. Part detective story, part philosophical tract with a nod to both Donna Tart and Stephen King, this novel is compelling, thought provoking and just a little bit spooky.
WATERSTONES BOOKS QUARTERLY

"Michael Collins is one of my favourite authors and he returns in April with The Secret Life of E Robert Pendleton. Collins was shortlisted for the Booker in 2000, when Ian Rankin said it was good to see a crime novel on the shortlist. Collins certainly writes crime fiction, but as the Booker nomination suggests, it is of the highest calibre...

this combination of Michael Chabon and Harlan Coben stands head and shoulders above anything else I read for consideration this month, and indeed so far this year. The recreation of a closeted campus society is superb and the mannerisms of the characters hilariously accurate."
THE BOOKSELLER - Juliet Swann, Assist Manager, Ottakar's Edinburgh

Malcolm Bradbury did it with The History Man. David Lodge flirted with it in Nice Work. Now Michael Collins adds to the corpus of campus literature with an excoriating fray into the literary skirmishes of Bannockburn, a fictitious college in Indiana? {then mentions Allen Ginsberg, Michael Horovitz, Nabokov, Hemmingway, Stephen King, Leopold & Loeb, Camus, L'Etranger, Tarantino, Willa Cather}? Collins is wittily liberal with such allusions, implicit and explicit: a joy for the informed reader
SUNDAY TIMES - Michelene Wandor

?? a gripping momentum. Booker-shortlisted Collins has always excelled in the crime genre. Part police procedural, part campus drama, this is a brilliantly plotted, brooding narrative, with a thrilling twist at its close.?
DAILY MAIL

?another of Collins?s meticulously observed American thrillers, given a lift by his considerable skill with characterisation. Previously it has occasionally seemed as if Collins is deliberately slumming it, a literary novelist writing crime fiction to win a bigger audience, but The Secret Life of E Robert Pendleton reveals that it is precisely this marriage of fine prose and popular fiction that makes Collins such an irresistably entertaining writer.?
SUNDAY TELEGRAPH - MATT THORNE