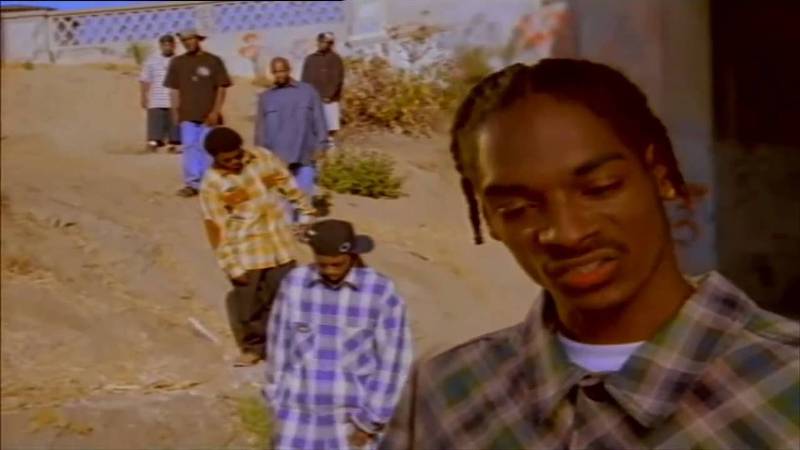 There are some artists we expect weird music videos from: Lady Gaga, Bjork, Aphex Twin – the list goes on.

Sometimes, though, otherwise normal artists – y’know, the types who stick to the standard ‘band playing in some sort of grand setting’ or ‘rapping in the hood’ style video – take a diversion into surrealism and end up producing some seriously uncomfortable and weird promos. Here are 6 of our favourites.

Dancing in the Street – David Bowie and Mick Jagger

Two of the coolest rock stars in history team up for a music video – what could possibly go wrong?

Well, a lot as it happens. For 4 or so minutes, Bowie and Jagger seem to forget that they’re musical icons and start dancing like embarrassing dads, jumping around London’s Docklands like two blokes who’ve been kidnapped and forced to dance in a joyful fashion. Something just feels off about the whole thing.

Apparently the video was filmed in a couple of hours owing to Bowie and Jagger’s busy schedules, and it really shows. Fortunately, the whole thing was for charity!

Maroon 5 have always been a relatively ‘safe’ rock band, appealing to the masses with their light pop-rock and generally sunny disposition.

Late last year, though, they got a bit sick of all that and decided they wanted to make a death metal video instead. Lead singer Adam Levine spends the duration of the video stalking a woman (played by his wife), punching animal carcasses and bathing himself in fake blood.

While it’s hardly Hostel, this visual horrorshow isn’t what we expected from the band that brought us Moves Like Jagger.

Snoop’s fondness of a certain herbal substance has always pushed him towards the surreal-er end of hip-hop but the video for the otherwise anthemic Who Am I (What’s My Name) is like something out of David Lynch’s worst nightmare.

It all starts off relatively normally. Snoop is spending the afternoon in the company of a lovely young lady when the police come-a-knocking. Snoop panics slightly and, through some kind of arcane black magic, transforms himself into a dog(g) and starts rampaging around the streets of California.

Is this a secret power he possesses in real life? If so, can he also turn into a lion? Because that would be a much scarier superpower.

Kanye West has something of a reputation for his ‘art’ already, but no-one could have predicted that he was capable of the visual assault that is Bound 2.

The video features Kanye riding a motorcycle (without a helmet – bad Yeezy!) through a green-screened desert, moodily shouting ‘bound’ every now and again. That would be strange enough, but things get really weird when Mrs. West, AKA Kim Kardashian, shows up completely nude (clearly the couple have no regard for road safety) and sitting on Kanye in a rather suggestive position.

Then, as if things couldn’t get weirder, Seth Rogen and James Franco made their own version with Franco as Kanye and Rogen as Kardashian. Nightmares ensued.

All Around The World – Oasis

All Around The World was the lead single from Be Here Now, the album which began Oasis’ ‘experimental’ phase.

As such, this video is the very definitely of ‘experimental’. Taking its cue from The Beatles’ Yellow Submarine, All Around The World features the lads exploring some alternate dimension on a spaceship. Among the inhabitants of this dimension are fish slot machines and people with bacon and sausage limbs.

Noel sums it up best in his infamous review of Oasis’ music videos: ‘Someone’s having a f***ing laugh…’

I Drive Myself Crazy – Justin Timberlake/N*Sync

As far as pop videos go, I Drive Myself Crazy isn’t that weird. However, Justin Timberlake’s hair is a Dali-esque masterpiece, a horrifying crop of bleached curls that in no way suggests that the man would become the world’s biggest popstar and an international sex symbol.

What’s the weirdest music video you’ve ever seen? Let us know in the comments.

And if any of these videos have freaked you out so much that you can’t even bear to listen to the associated songs anymore, feel free to sell your CDs to us!