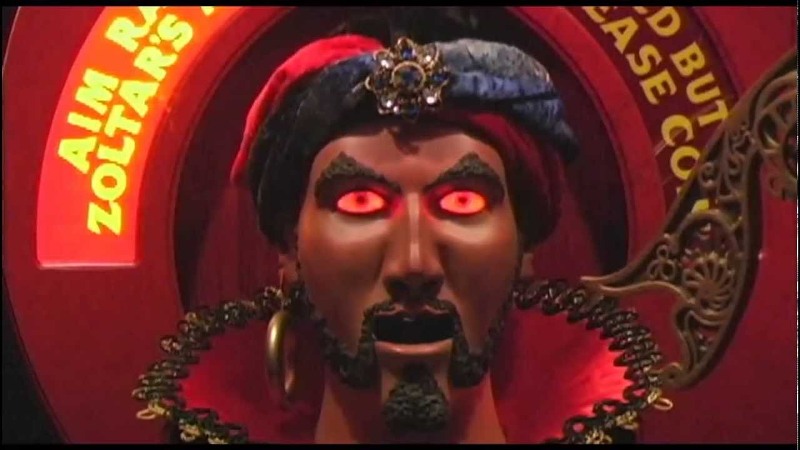 7 films that are being adapted into TV shows

Remakes and reboots have long been the norm in the world of movies, but not so much on TV (with a few honourable exceptions, like Battlestar Galactica).

That’s about to change, however. Over the next few years, the small screen is going to be hit with a barrage of reboots and remakes of movies, some of which seem to have been plucked out of the air at random.

Got any boxsets you don’t watch anymore? Sell your DVDs with musicMagpie!

Our first reaction to hearing Big was being remade was ‘oh no, please! Not our beloved Big! Is nothing sacred?’

However, on second thoughts, Big – the story of a boy whose wish to be a grown up is granted by a magic fortune-telling machine – might actually suit a 30 minute sitcom  format quite well. Although we’ll still miss Tom Hanks.

Very little is known about the Big TV series at the moment as its still ‘in the works’, but we do know that Kevin Beigel and Mike Royce, the writers behind cult comedy Enlisted, are writing and producing.

It’s fair to say Marley and Me had a pretty conclusive ending, but that hasn’t stopped TV execs, erm…digging up the bones of the film and putting together a series.

The show will apparently follow the couple from the film, who now have 3 kids, as they adopt a neglected puppy from a next-door neighbour. As they have loads of stuff with ‘Marley’ written on it, they decide to name the pup Marley which should set the stage for a heart-warming episodic retread of the movie (although hopefully without the bit which made us cry).

Hands up: who remembers Monster In Law? Anyone?

It was a 2005 romcom starring Jane Fonda and Jennifer Lopez and it wasn’t exactly the best film ever made (to put it democratically).

That said, the premise is right out of a wishy-washy Thursday evening US sitcom, with Jane and Jennifer feuding over who loves a bloke more. In fact, it’s pretty much just Everyone Loves Raymond without the kids or the giant brother. Why can’t they just make that again?

The Resident Evil franchise just will not die, no matter how much critics want it to. The final film in the series is set for release next year, after which it’ll be revived for a TV series presumably following the same characters.

Personally, we’re hoping for an American Horror Story-style anthology series following the plot of each of the games across a series. We’re not holding our breath, though.

Now this sounds promising. Unlike some of the other spin-offs on this list, Ashecliffe – a prequel to the brilliant Shutter Island – features the same cast (barring one DiCaprio-shaped hole) and, crucially, the same director, the legendary Martin Scorsese.

Best of all, it’s going to be on HBO. The last HBO/Scorsese collaboration was Boardwalk Empire, so expectations are naturally high. There’s no official air date for this one but hopefully it’ll hit our screens soon.

After the last film flopped at the box office, the Scream franchise seemed like it was done for good.

Fortunately, MTV decided to dig it up, dust it down and base a new series on it. There are a couple of controversial changes though. First of all, none of the original cast are going to be in it. Secondly, Ghostface – the iconic mask that is more or less the logo of all things Scream – isn’t going to be in it either because MTV don’t want to pay for the rights.

So basically, it’s going to be a series about pretty young things getting killed with a loose connection to a late 90s film series. Sounds great! It should air in October 2015.

Not to be confused with the reality series of the same name, in which Kiss’ Gene Simmons gave the world Lil’ Chris.

This one is based off the 2003 Richard Linklater film, which saw Jack Black teach kids how to rock. The concept for the series is pretty much the same, although Black has been replaced with comedian Tony Cavalero. The series airs early this year on Nickelodeon (in the US, at least).

Which of these TV series are you looking forward to most? Let us know in the comments, or on Facebook or Twitter!