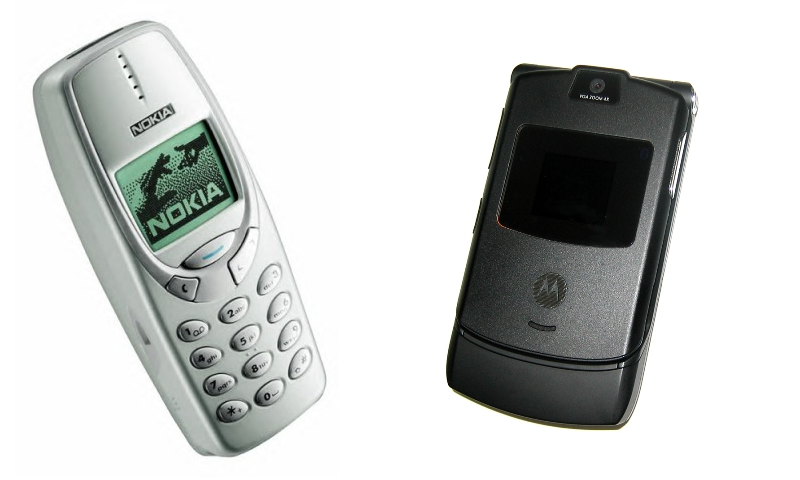 5 classic phones that we miss dearly

Is it a handheld games console? Is it a phone? No, it’s the Nokia N-Gage and it’s the most ridiculous excuse for a mobile phone ever created.

Designed to replace both the Game Boy Advance and whatever phone you were using at the time, the N-Gage didn’t do a very good job of replacing either.

Still, what other phone made you hold it up to your face like a taco-shaped seashell when making a call? The N-Gage is a wonderful relic from a time when phone manufacturer’s hadn’t quite figured out how to make your phone do everything yet.

Pwoar, would you look at that beauty? The Motorola Razr is still the best looking phone ever, which is no surprise considering it was initially designed as a high-end fashion accessory.

It was ridiculously popular too, selling over 130 million units during its lifespan. Eventually it was usurped by the iPhone but for a short time, flat metal keypads and hot pink phones that looked as if they came from the future were all the rage. And what a glorious time it was!

AKA the Danger Hiptop, which sounds more like the name of a stuntman than a phone.

Released in 2002, the Sidekick had a sweet slide-up screen and a sick QWERTY keypad. It reminds us of skateboarding and hurting ourselves while pretending to be in Jackass, which is always a good thing.

A 4G version was released in 2012, although it failed to capture the public’s imagination.

The phone that showed you were serious about music because it had loads of Walkman branding. Also, it was really, really small so you could fit in your blazer pocket and sneak a look at it during class.

Did we mention it has a jaw-dropping 2MP camera and a front-facing video camera too?

← After Google Glass, what next for smartglasses?
7 highly original app games you should check out right now →