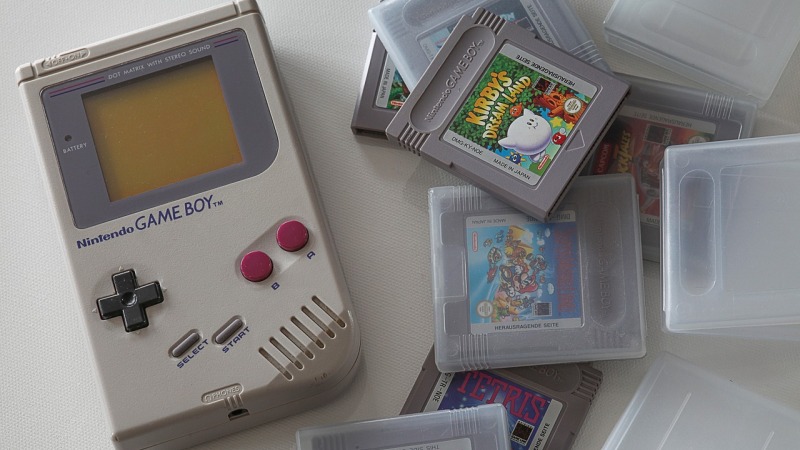 The 10 best Nintendo games ever

We should never have doubted Nintendo, to be honest, because they have a rich history of turning out innovative, amazing consoles and releasing even more innovative and amazing games too.

In honour of the Switch, here are our 10 favourite Nintendo games ever. Disagree? Share your faves in the comments!

Metroid is such an influential game that it inspired its own genre (along with Castlevania): Metroidvania.

Super Metroid follows Samus Aran as she journeys into the depths of a distant planet to find a Metroid stolen by Space Pirates. Your mission is to traverse the planet’s complex tunnels using cool power ups, kill Space Pirates and retrieve the Metroid.

It’s a proper old school adventure game, offering you little in the way of direction while rewarding you for using your own intuition and memory. It’s hands down one of the best 2D platformers ever.

To be honest, you can take this as a recommendation for any Mario Kart game as they all follow the same basic formula: you pick a character and hare round a series of tracks (including the hair-pullingly difficult Rainbow Road) while launching weapons like bananas and red flippin’ shells at other players.

It’s a pretty simple idea but Nintendo have got it down to a fine art. There have been many, many imitators but few have even got close to the quality of Mario Kart.

Mario Kart is simply one of the best multiplayer games ever, with the power to make or break friendships and entertain both hardcore gamers and people who’ve never picked up a controller before.

If you need any more convincing that Nintendo are the kings of platform games, here it is.

Donkey Kong Country is forty perfectly designed levels of pure platforming bliss. You play as either DK or his nephew Diddy, and your goal is to recover the Kong family’s bananas from the evil Kremlins.

At the time, the game was notable for its incredible 3D rendered graphics, which pushed the SNES to the limits of its capabilities. Today, the graphics are less impressive but the gameplay more than stands the test of time.

The game that spawned a full on cultural movement, Pokemon is a delightfully simple game.

You play as a young man who leaves home (and his poor mum) to pursue his dream of becoming a Pokemon master, a profession that involves capturing wild animals in small balls and making them fight against each other.

It’d probably be illegal in real life but it’s a lot of fun in the game. Half of Pokemon involves exploring a Zelda-like world, searching for Pokemon and training up your beasties so they’re ready to destroy whichever chump gets in your way next, while the other half involves said destruction in the form of turn-based battles.

Using a link cable, you could humiliate your friends and their pitiful Pokemon, asserting your dominance as the local Pokemon master… until you played a dirty cheater who used a password to get infinite Rare Candy and now has an indestructible Mewtwo in their Pokedex. Not that I’m bitter or anything.

What can be said about Super Mario 64 that hasn’t been said before? It literally changed video games forever, with its masterful level design and gameplay inspiring developers to this day.

Mario 64 was everyone’s favourite plumber’s first 3D adventure, catapulting him into an wonderfully designed world that retained all of the Mario tropes we know and love – the blocks, the Goombas, saving the Princess again – but updated them for a new generation.

It is undoubtedly one of the best games ever made.

The Legend of Zelda: Ocarina of Time

Ocarina of Time is a genuine contender for the best game of all time, setting the template for the action RPG genre and inspiring legions of games to follow.

Like Mario 64, Ocarina took the basics of the 2D Zelda series and updated them in stunning fashion. Hyrule, previously a series of bird’s-eye-view screens, became a sprawling kingdom full of diverse regions to explore and innovative, ingenious dungeons to conquer.

The time-travelling mechanic was unlike anything else at the time either, allowing players to switch between a youthful Link living in a prosperous Hyrule and an older Link inhabiting a post-apocalyptic kingdom inhabited by zombies.

If you’ve never played this game, hunt it down immediately.

Pikmin isn’t as renowned as other Nintendo series, possibly because the first game came out on the hugely underrated Gamecube, but it’s up there with the best.

In the first game, you play as Captain Olimar, a space explorer who has crash landed on a mysterious planet. His ship destroyed, Olimar relies on the kindness of a small race of space vegetables named Pikmin to put it back together again.

Finding the parts to fix Olimar’s ship requires clever thinking and forward planning, with the Pikmin having to overcome enemies and traverse hostile environments to return to the ship. Honestly, there’s nothing more heartbreaking than finding a ship piece, having your Pikmin carry it home and then watching them get eaten by a hungry giant bug (although you can always grow more).

As one of the most inventive games of the past 20 years, it deserves a lot more love than it gets. Hopefully Nintendo will release a fourth game on the Switch.

Buy Pikmin 3 on the musicMagpie Store

Nintendo would never make something as brutal as a proper fighting game, but Super Smash Bros is the next best thing; Nintendo’s legions of characters having bloodless, often hilarious and always entertaining scraps with the focus on fun rather than pain.

Nevertheless, Smash  Bros is intense. Four players duke it out on a series of stages, with the goal to be the last man standing by either beating the living daylights out of your pals with punches, kicks and special moves (i.e. FALCON PUNCH!) or knocking them off the edge of the stage into sweet oblivion.

It’s fast and furious; easy to pick up but difficult to master. There are a huge selection of characters too, each with their own unique moves and skills. Bagsy Captain Falcon.

Released for the Wii, Super Mario Galaxy was only the third 3D Mario platformer after 64 and Sunshine. The wait was well worth it though.

This time, Mario heads to space to save the galaxy from Bowser and, of course, save Princess Peach (seriously, someone get her a full time security team).

Sending a beloved character or series to space is usually a sign that the team behind it are running out of ideas, but not in this case. Galaxy uses gravity in plenty of ingenious and wonderful ways, adding an enthralling and hugely entertaining twist to the classic Mario formula.

Unsurprisingly, Super Mario Galaxy won a bunch of Game of the Year awards and is widely regarded as one of Nintendo’s finest games.

The Legend of Zelda: Breath of the Wild

Breath of the Wild was first unveiled at E3 2014 in a jaw-dropping trailer. However, numerous delays and worries about the underperforming Wii U led more than a few people to worry that it may be the first dud in the Zelda series (not including those weird ones for the Philips CD-i).

Once again, Nintendo made us look foolish for ever doubting them. Breath of the Wild totally reinvents the Zelda template, casting Link in a huge open-world adventure inspired by the likes of Skyrim and The Witcher.

This isn’t any old open world though. Nintendo have crafted the new Hyrule to perfection, making every inch feel essential to the game rather than filler to keep you busy.

You also get total freedom to explore it. You’re given most of the equipment you need from the start, while Link’s climbing abilities mean you can go pretty much anywhere you want.

With near perfect reviews from Eurogamer, IGN, Kotaku and GamesRadar, Breath of the Wild is destined to go down as one of Nintendo’s finest creations.

Thinking of upgrading to the Nintendo Switch? Sell your games console and video games with musicMagpie today! It’s fast, easy and FREE: just get an instant price, send your stuff for FREE and we’ll pay you the same day it arrives!