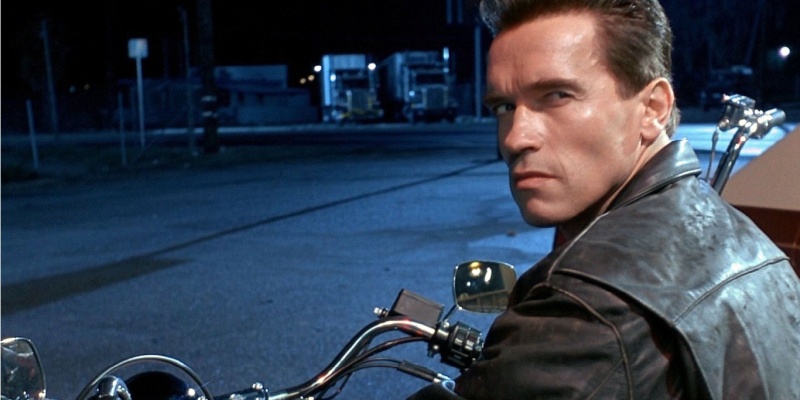 The 10 Greatest Arnold Schwarzenegger Quotes Ever

Say what you like about Arnold Schwarzenegger, but he’s a man of his word. After years of telling us he’d be back, he’s come back (even after a brief dalliance in politics) – albeit in a range of increasingly terrible movies.

The latest on the list of increasingly terrible movies is Sabotage, in which Arnie plays…ah, what’s the point? You know the drill by now; Arnie plays a muscle-bound dude who shoots loads of people.

There was a time, though, when Arnie was legitimately the coolest guy on the planet. He was once a one-man wisecracking machine, delivering more classic quotes than a classic car showroom holding a 50% off sale.

Let off some steam, Bennett – Commando

Arnie chucks a pipe at a guy, the guy gets impaled on a pressurised tank and steam emits from said pipe. Arnie then delivers a line so perfect that even poor ol’ Bennett probably chuckled (between cries of agony).

Consider that a divorce – Total Recall

What do you do if you’ve just been on a mind-bending trip to Mars, come home, and found out your wife is a secret agent who wants you dead?

Shoot her in the face and crack out a brilliant one-liner, of course! This is Arnie at his vintage best.

I’m not a pervert, I just want Turboman doll! – Jingle All The Way

Jingle All The Way isn’t considered one of the classics in the Schwarzenegger canon (or anyone else’s canon, for that matter), but it does have some classic lines (most of which are in the video above).

Our favourite is this desperate plea to the mothers’ of the children he was just trying to steal a bouncy ball from in a ball pit; it captures the Austrian Oak at his most vulnerable, unable to come up with a one-liner and bereft of a gun with which to shoot people.

Also, the way he says pervert is really, really funny.

You should clone yourself… – The 6th Day

Now, this isn’t strictly a one-liner, but it is incredibly funny. We can’t really repeat the second half of the quote on the blog, but we implore you to watch the above video (if you’re old enough!) – it’ll make your day 100% better.

Oh, and just so you’re aware; this is the only good bit of The 6th Day. Don’t bother watching the rest.

Get to The Chopper! – Predator

Duaaaaa-rggggghh – every Arnie movie ever

Weirdly, Arnie’s most iconic quote doesn’t actually include any words – just a single, unique sound that the big man emits whenever he’s in stress.

Rolling down a hill? Duaaaa-argh! Fighting a villain? Duaaaaaa-argh! Trying to control a class full of children? Duaaaaa-argh!

Before Donald Trump and before Sir Alan Lord Sugar, there was Arnie. Except, instead of delivering a stern couple of words and an angry finger point, Arnie decides to deliver this line while firing a missile which a guy happens to be sitting on. Which, now we think about it, sounds like a brilliant concept for the next series of The Apprentice…

No list of Arnie quotes would be complete without this line from the world’s greatest movie, Terminator 2: Judgement Day.

Who is your daddy, and what does he do? – Kindergarten Cop

After struggling to control a class full of 2 year old kids, Arnie decides to come up with a fun game. Well, we say fun…

Ice to see you…and other ice puns – Batman and Robin

Batman and Robin is considered to be the worst Batman movie of them all, although your opinion on it will generally depend on how you feel about Arnold Schwarzenegger spouting puns about ice and snow for an hour and a half. As Mr. Freeze, Arnie commits some of the worst pun crimes known to man, all in his trademark Austrian accent. Genius/terrible (delete as applicable).

What are your favourite Arnie one-liners? Let us know in the comments, on Facebook or on Twitter!

And don’t forget, if you ever get tired of the big man, you can always sell your Schwarzenegger DVDs and Blu-Rays with musicMagpie!