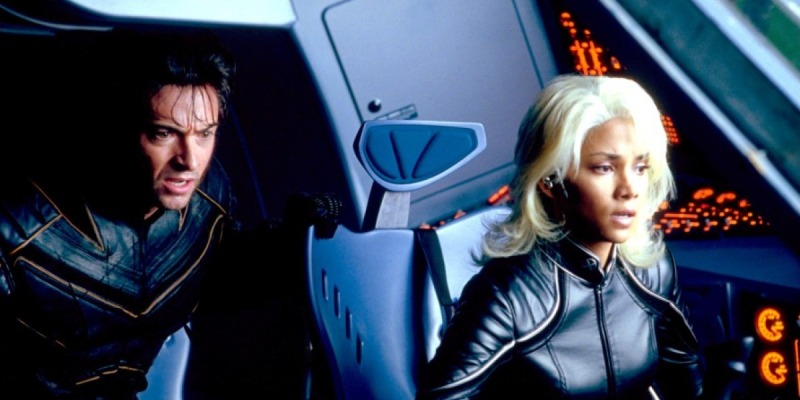 It’s officially blockbuster season, which means the next 3 months at the cinema will be filled with explosions, loud dramatic music and a lot of men in tights fighting other men in tights.

X-Men: Days of Future Past is one such blockbuster, and it actually looks pretty good. Billed as a sequel to both X-Men: The Last Stand and X-Men: First Class (confusing, we know), the movie combines the cast of those two movies to produce one ultra-epic mutant showdown.

But before you run off to go and see it, let’s take some time to reflect on how we got here. Here’s the very best (and worst) of Wolverine and Pals’ cinematic adventures.

X-Men was the first film to introduce us all to the X-Men (and women) we know and love today, although that was the least of its concerns. It’s hard to believe now, but X-Men came out at a time when superhero movies were about as popular as stepping in dog poo.

With the awful Batman and Robin the last major superhero movie released, X-Men had a lot to prove.

Fortunately, it turned out to be brilliant, repopularising the superhero genre with its mix of action and actual character development. With a superb cast including Sirs Patrick Stewart and Ian McKellen, a top-of-her-game Halle Berry and a unknown called Hugh Jackman (who has subsequently spent his life with stupid sideburns and claws attached to the ends of his fists), X-Men showed that superhero movies could be exciting and engaging.

Verdict: A quality superhero movie that stands among the greats of the genre. Check it out!

After the original X-Men convinced the world that superhero movies weren’t stupid, X-Men 2 allowed director Bryan Singer to go a bit wild and really show the world what he could do.

He returned with a movie that’s bigger, better and more serious than its predecessor. The plot revolves around General Stryker, the man responsible for giving the world Wolverine, and his attempts to kill all of the world’s mutants, including the poor old X-Men.

The film was praised for its action, its performances and, surprisingly, its overall message of tolerance towards all (even psychopaths who can melt your brain just by looking at you). It also ended with a big cliffhanger than got many X-Men fans a bit hot under the collar…

Verdict: A bigger and better version of the original, this is a film that should be in the collection of any superhero fan.

Needless to say, things didn’t quite work out. Although the film drew upon the massively popular ‘Dark Phoenix’ storyline from the comics (and teased at the end of X-Men 2), the movie itself focused more on action and explosions over the careful character development of the previous movies.

That said, there are some positives; Hugh Jackman is reliable as ever and the mass-mutant wars make for some pretty cool viewing. It’s dumb fun, although we’d come to expect more from the X-Men by then.

It also featured Vinnie Jones saying possibly the stupidest line in the history of cinema, as seen below.

After the relative disappointment of The Last Stand, the bigwigs decided it was time to send Wolverine out on his own. After all, he’s the only reason people were going to see the films anyway…wasn’t he?

Well, kind of. But this film certainly wasn’t the one to prove that. There was plenty of action and plenty of opportunities for Hugh Jackman to kick some arse, but…well, it was a bit rubbish really, wasn’t it?

Like all origin stories, the main problem here lay with the fact that we already knew what was going to happen to Wolverine, which removed any tension from the flick. And unlike the Star Wars prequels, which suffered from the same problem, the plot of Origins had been told in countless comic books.

So, with a plot that most people already knew, this was a bit pointless. Even Hugh Jackman didn’t like it.

Verdict: Unless you really, really love Hugh Jackman, you won’t like this as much as the other films in the series.

A new beginning for the X-Men as Matthew ‘Kick-Ass’ Vaughn takes on the directorial reins and acting heavyweights James McAvoy and Michael Fassbender takes on the roles of young Xavier and Magneto. Jennifer Lawrence and cheeky little Nicolas Hoult from ‘About a Boy’ were also part of a relatively star-studded cast (although not as star-studded as the original).

First Class is generally seen as a return to form after 2 average films, and part of this is due to the more mature approach taken. Vaughn’s direction gives the series a new lease of life and action takes a bit of a backseat to the development of the Xavier and Magneto characters. All in all, a brilliant film.

What’s the only way to make Wolverine, the coolest of all the superheroes, even cooler? By sticking him in Japan and making him fight Ninjas and Samurais, of course!

The Wolverine sees Hugh Jackman strapping on the claws once again and travelling to the Far East after the events of ‘The Last Stand’. During his trip, some evil sorts decide to nullify his healing powers, and for the first time, it looks as though Wolvie might actually get a bit of a beating at the hands of some seriously slick ninjas. Then again, he still has his claws…

The Wolverine was praised for its combination of fast-paced action and in-depth study of the Wolverine character. It’s good, but we can only wonder what might have happened if Darren Aronofsky (the original director) had stuck with it…

Verdict: A decent addition to the series and a must-watch for Wolverine fans.

Hopefully ‘Days of Future Past’ continues the fine form of the ‘X-Men’ movies. What is your favourite (and least favourite) movie from the series?

And don’t forget, you can sell all of your X-Men DVDs for cash with musicMagpie!