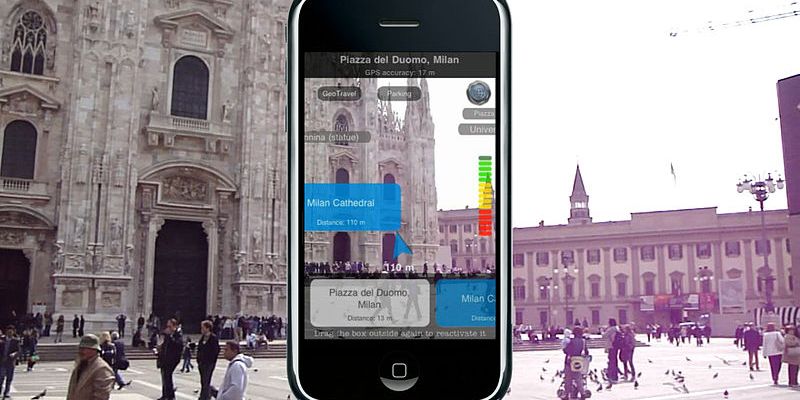 After a decade of incredible advances and new features, it feels a bit like smartphone manufacturers like Apple and Samsung have run out of ideas. The most innovative feature on the S5, for example, was a heart rate monitor; impressive, but not game-changing.

Fortunately, that’s a completely false assumption. In fact, smartphone manufacturers are busy coming up with a range of mind-blowing features that’ll change the way we live forever…

Ever got to the end of a 24-month contract and barely recognised the battered and cracked piece of plastic you’re holding in your hand?

Contracts mean that we have to make our smartphones last but unfortunately, they just aren’t built to handle the rigours of day-to-day life.

Google’s ARA is probably going to be the first modular smartphone, with a tentative release date of January 2015. The base model will only cost around $50 (about £30), although extra components will cost more.

Considering the sensitive information they contain about us, smartphones have terrible security features. Even a dog could eventually crack a ‘join the dots’ puzzle if you gave it enough time.

One thing a dog, or potential thieves, couldn’t do, however, is replicate your eyes or finger prints (unless it’s a seriously cunning dog). That’s where biometric security comes in; your phone scans your eye or your fingerprint to determine who you are, and grants you access to your smartphone if everything matches up.

Basically, if you aren’t you or someone who happens to have access to your eyes and fingers, you’re not getting into your smartphone. It’s the most elaborate protection against the ‘fraping’ menace ever concocted.

As much as we love Siri, he/she (depending on where you are) is a bit of a bore. Wouldn’t it be better if we could ask Siri questions and have a nice little chat about last night’s Game of Thrones too?

Well, you will be able to soon. Siri, and other voice recognition technologies, are going to get a lot smarter. Not only will they be able to hear what you’re saying and respond, but they’ll also be able to note the context and subtext implied by your tone of voice in the same way a human can.

Combined with this will be the ability to personalise your personal assistant to create your own friend, like a lonely child dreaming up imaginary friends. You’ll be able to assign a voice, a name and, possibly, likes and dislikes. £10 says we’ll see a man marrying a smartphone within 20 years.

Smartphone screens are about as durable as a bar of chocolate left on a dashboard on a sunny day. Considering they’re more or less the most essential part of a smartphone, screens are ridiculously fragile, with a drop of 30cm enough to crack most screens.

Luckily, smartphone manufacturers have come up with a solution: flexible screens. Thanks to Organic Light-Emitting Diode (or OLED technology), you’ll be able to fold up, sit on and play future smartphone screens like a wobble boards. Best of all, they’ll never, ever crack.

Equally exciting is the possibility of 3D screens, meaning we can make 3D video calls and talk to people as if they are actually there. Although, that might not necessarily be a good thing in some cases…

There’s also the slightly terrifying possibility that we’ll be able to point our phones at people and bring up their Facebook and Twitter profiles, and learn a bit (or a lot) more about them.

AR won’t just be confined to your smartphone either; you’ll be able to use wearable tech like Google Glasses to scan things and, in the even more distant future, embed an actual chip in your body to access AR using your actual organic eyes!

So that’s the terrifying-but-exciting future of smartphones. What features would you like to see in the near future?

And, while you’re at it, why not welcome the future and get ready to upgrade by selling your smartphone now?

View all post by Chris Smith.
← 5 new pieces of tech you’ll want in the 2nd half of 2014
4 Retro Gadgets We Wish Would Come Back →