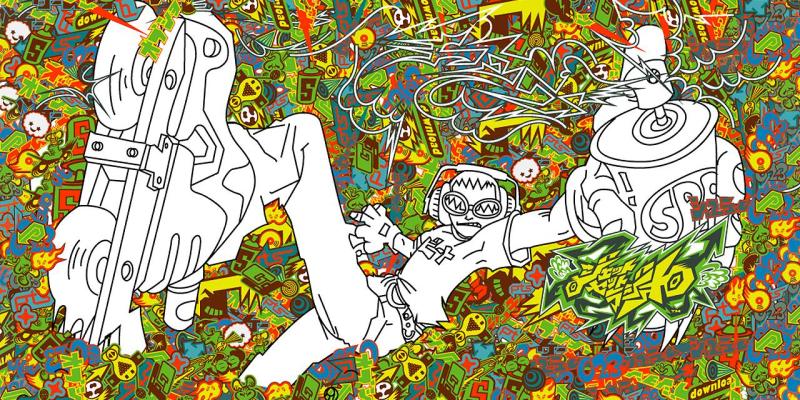 The Cult Video Games You Need to Play

The 21st century has introduced gaming to a wider audience, with consoles less expensive, more impressive and capable of a lot more than they used to be (imagine watching TV on a Mega Drive!).

For the most part, these people are sticking to ‘blockbusters’; Call of Duty, FIFA, GTA and countless other franchises that make millions of pounds in a couple of days.

Beyond these blockbusters, though, lie hundreds of fantastic games just waiting to be experienced. We’ve collected 5 of our favourites for this post. Hardcore gamers might be familiar with them already, but if you’re relatively new to gaming, you should definitely check them out (maybe sell games to buy them too!).

Dark Souls is notorious for being one of the hardest games ever made, with most people giving up well before the end of the game.

Dark Souls puts you in the shoes of an undead warrior and…well, that’s about it. You start the game and are left to your own devices. Discovering the story is all part of the fun!

Combat is tricky to master in Dark Souls, which makes actually managing to win a battle very satisfying. We say ‘managing’ because the enemies in the game range from ‘nightclub bouncer’ to ‘an invincible 100ft killing robot’ on the toughness scale, which means every single baddie is a challenge. You’ll die often, but that’s the point; you restart again and learn.

It definitely isn’t for everyone, but you’ll struggle to find a more rewarding gaming experience. Just make sure you’ve got a bit of spare time as the game is over 100 hours long!

The Legend of Zelda: Majora’s Mask

Coming up with a sequel to what many consider to be the greatest game ever made (Ocarina of Time) is a daunting task, and Nintendo approached it bravely by producing the weird and wonderful Majora’s Mask.

Although it employs the same gameplay that made Ocarina of Time massively popular, Majora’s Mask combined it with a strange storyline about the end of the world and time travel, as well as a strange mechanic involving masks.

It’s not as good as Ocarina of Time (although some would disagree) but it’s highly original and a great game to boot. Well worth downloading from Nintendo’s Virtual Arcade!

The concept of Jet Set Radio sounds like the plot of bad 80s teen movie; a gang of kids’ rollerskate around spraying graffiti on stuff, only to uncover a conspiracy going up to the highest level of government.

Fortunately, the game is a lot better than it sounds. The aim of the game is to hit up a set number of graffiti targets in as short a time as possible, with the tricks and flips you pull off along the way adding to your overall score. It makes for a very addictive game that you can easily lose an afternoon or two too.

The main reason JSR stands out, however, is its graphics. It pioneered the ‘cel-shading’ style, which makes it look more like a Saturday morning cartoon than a video game. Add in one of the best game soundtracks ever (it features Jurassic 5!) and you’ve got one of the coolest games ever.

Beyond Good and Evil

Beyond Good and Evil is the definition of a cult video game. When it was released in 2003, it got pretty good reviews but ended up being a commercial flop, selling so little that it was massively discounted within a few weeks of its release.

Fast-forward to 2014 and Beyond Good and Evil is considered to be one of the best games of the ‘Xbox/PS2’ generation, partially due to its re-release on Xbox Live and PSN.

The game itself is an action-adventure in which you play as a journalist trying to find out the truth about an alien conspiracy. Weirdly, you also have a boar for a sidekick and also take part in Hovercraft races.

Shadow of the Colossus

Shadow of the Colossus is the video game equivalent of an arthouse film, taking a minimalist approach to plot and characters.

You play as Wander, who has to travel the land killing 16 ‘colossi’ (read: massive monsters who’ll crush you in a single hit) in order to save a girl. That is literally it. There’s no other baddies, no dungeons, no towns, no trading, no side quests – you just have to kill the colossi.

Shadow… is gaming at its most arty farty, but it’s well worth trying out. Just don’t expect CoD-like levels of action!