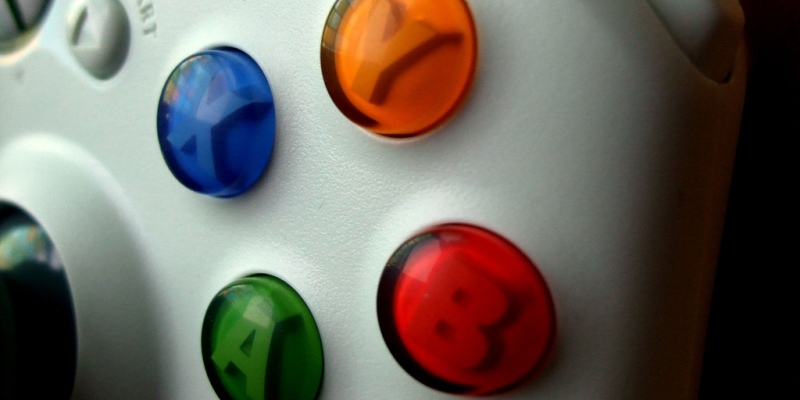 What kind of gamer are you? [QUIZ]

Whether you play Candy Crush Saga or Dark Souls 2, you are a gamer.

But did you know there are many different types of gamer?

Take our ultra-accurate and scientifically-sound (according to the bloke who stands outside our offices in a big white coat) quiz to find out which type you are!

Question 1: It’s the 90th minute in a FIFA Ultimate Team Seasons match, and you only need a draw to win the title. It’s 2-2…but then your opponent scores a cheap winner. What do you do?

A) Scream expletives at the top of your lungs, throw your controller against the wall and rip your copy of FIFA from the disc drive and smash it. Then send a message to your conqueror calling him something unrepeatable.

B) Take a deep breath and remind yourself that it’s only a game and there are more important things to worry about. Hey, you’ll enjoy trying again!

D) What is an Ultimate Team Seasons match?

Question 2: You’ve won a competition to win a new console of your choosing! What do you pick?

B) I’m not too fussed really, I’m just really grateful that I’m being given a console. I think I’ll take a Wii U, I like Nintendo.

C) Trick question: consoles are rubbish. I’ll have a super-powered gaming PC, please…oh, alright, give me a PS4 then I suppose.

D) I’ll have an iPhone please.

Question 3: You’re about to be exiled to a desert island for a crime you didn’t commit. Luckily, you’re allowed to take a game along – which game do you take?

A) Call of Duty: Ghosts, or whatever the latest one is. There’ll be internet on the island, right?

B) Minecraft. Then I can build my own world and not get angry at the massive injustice against me.

C) Trick question: there’ll be no power on the island, so I couldn’t play a game. Alright, Diablo III, if you insist.

Question 4: Which of the following characters do you identify with most?

A) Super Mario. I’m a nice, normal person who occasionally gets a wee bit angry when things don’t go my way.

B) Arngeir, the leader of the Greybeards in Skyrim. I’ve seen many horrors, but I maintain my calm and composure.

C) Solid Snake. I’m a lone wolf who always gets results. Plus I have a cool bandana.

D) The yellow Angry Bird, because he’s my favourite.

Question 5: Complete the following sentence: _______ is more important than gaming.

A) My friends, my family, my boyfriend/girlfriend, going out for a few drinks, TV…quite a lot actually.

B) Health, happiness and inner peace.

D) It depends whether or not I’m about to break my high score on Temple Run.

Question 6: Which of these classic games is your favourite?

B) The Legend of Zelda: Ocarina of Time

Question 7: Your first console was… (pick the one closest to your actual console if yours isn’t here)

A) What are you on about?

D) How can cake lie? It can’t even speak!

Mostly A’s: congratulations, you are a standard gamer. You like playing Call of Duty, FIFA and other blockbuster titles. You might occasionally dabble in lesser-known games, but you don’t have that much time. You enjoy the competitive element of gaming most, which means you might get very, very angry.

Mostly B’s: you’re a seasoned gamer. You play a diverse range of games and see gaming as a hobby. Unlike the less-dedicated bog standard gamer, you maintain a sense of zen-like calm after years of being cheated and beaten by games and play purely for enjoyment.

Mostly C’s: you are a hardcore gamer. You take gaming very seriously, and count it as your number 1 passion in life. You’re difficult to please, but you know more about gaming than anyone you know…and you could probably beat them all at any game too.

Mostly D’s: you’re a casual gamer. The chances are you used to play The Sims, and mainly play mobile games like Candy Crush and Angry Birds. Even though you’re referred to as casual, you probably rack up more hours on app games than any of other gamers.

Don’t forget that you can sell your games with musicMagpie – we’ll give you a great price and you can put the cash you make towards the latest releases!

View all post by Chris Smith.
← June’s New Music, Movie and Games Releases
Every app you need to enjoy the football in one simple post →