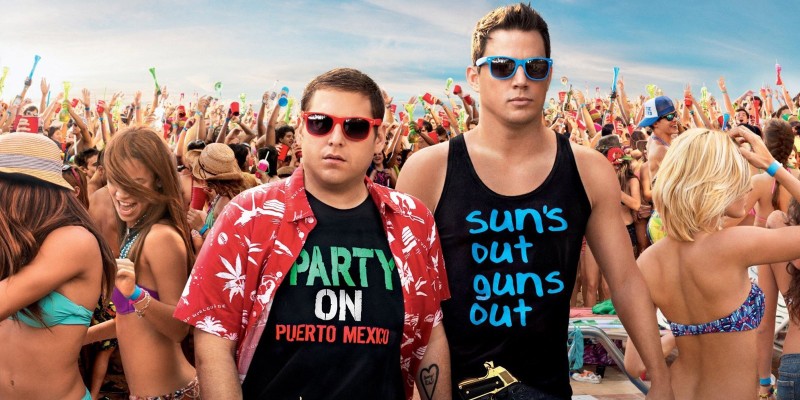 Movie remakes are usually rubbish, aren’t they? What’s the point of remaking classics like Robocop, Total Recall or The Italian Job when the originals are already brilliant?

One movie that did manage to buck the trend, however, was 21 Jump Street, which stars Channing Tatum and Jonah Hill. It’s a remake of a 80s TV series and has proved so popular that it’s spawned a sequel (bet you can’t guess what it’s called), which came out on Friday.

Dawn of the Dead

How do you improve on a movie that spawned an entire genre? That was the question Zack Synder had to answer when he remade George Romero’s zombie classic Dawn of the Dead.

Fortunately, Synder had a plan; make the zombies faster than Usain Bolt on a pair of rocketskates. Synder’s running flesh-munchers terrified audiences and breathed new life (death?) into the aging zombie genre.

John Carpenter’s tale of a shape-shifting alien terrorising Kurt Russell and pals in Antarctica is actually a remake of 50s sci-fi classic The Thing from Another World.

The differences between the two are stark. Take the main alien, for example. In The Thing from Another World, it looks like this:

Yes, that is a man’s head with spider’s legs

Guess which one gave us nightmares?

Yep, the 80s gangster classic starring everyone’s favourite insane drug lord is actually a remake of a 1932 film of the same name.

There are 3 main differences between the 2 films: drugs, sex and violence. What a difference 50 years makes, eh?!

And, of course, there’s Tony himself. In the original, he’s a smooth Italian. In the remake, he’s a crazed Cuban played by Al Pacino and is nuttier than a squirrel’s cheek.

The original The Fly is a 50s B-Movie in which a scientist becomes half-fly after accidently jumping in a teleportation pod with a common housefly. You probably know it better as a Treehouse of Horror episode from The Simpsons.

David Cronenberg’s remake, however, poses the question: ‘what would happen if a man actually merged with a fly? The results, as you can imagine, are suitably gross.

The remake of The Fly is up there with ‘dodgy fried chicken after a night out’ on the ‘top reasons people are sick’ list and, as such, is one of the best horror films ever (re)made.

An American remake of a Hong Kong crime film (Infernal Affairs) sounds like a recipe for disaster – unless Martin Scorsese happens to be in the director’s chair.

Combining Scorsese’s trademark style with a brilliant cast (Nicholson, Di Caprio, Damon and Wahlberg) and the best gangster-based plot since Goodfellas, The Departed was the 1st remake to win Best Film at the Oscars.

What remakes do you think deserve more credit? Let us know in the comments, on Facebook or on Twitter.

And remember, you can sell all of your unwanted DVDs for cash with musicMagpie!