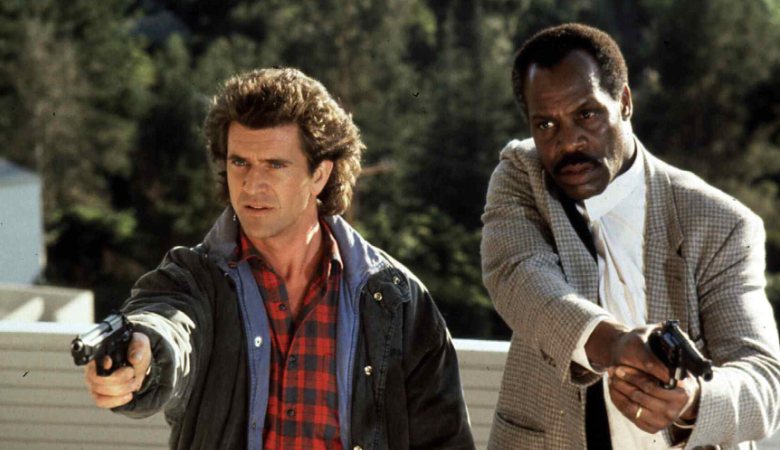 It came out on DVD last week, if you missed it (sell us a Blu-Ray copy if you’ve watched it already).

Odd couple Marty and Rust have been catapulted into the cop duo hall of fame, with their fist fights, tense conversations about life and uneasy friendship cementing their legendary status.

But who else do they join in the musicMagpie cop duo hall of fame (which, by the way, is totally fictional)? Let’s find out.

Take one crazy Mel Gibson, team him up with a world-weary Danny Glover and what do you get? The greatest cop duo of all time!

Riggs and Murtaugh are different in every way imaginable; one is crazy, single and owns a dog, while the other is straight-laced, has a family and owns a cat. And yet, they manage to crack huge cases while also helping each other through personal and family crises. D’aww!

Starsky and Hutch are made for each other, sharing a love of perms, quality knitwear and driving through strategically-placed cardboard boxes.

They also co-own the coolest cop car ever, which they probably saved up for using a joint bank account. Groo-oo-vy!

Most people barely go a day without shouting at their PC, so imagine how Anne Lewis felt when she had to partner with Robocop.

Luckily, she knew Robo was actually her old partner, Alex Murphy. In a twist OCP should have seen coming a mile off, Anne helps Robo rediscover his humanity and take down the evil Dick Jones (who has the evilest name ever).

Hooch is a big, slobbery dog who witnessed his owner being murdered. Turner (a fresh-faced Tom Hanks) is a cop investigating said murder. You can probably see where this is going…

Turner’s plan to use a dog as a witness backfires, however, when Hooch ruins his car, house and life in general. An important lesson for all cops, there – don’t use animals as witnesses (or at least don’t adopt them as a pet).

Don’t feel too sorry for him though: he eventually cracks the case, gets a free dog AND meets a sexy vet.

Over the course of 5 seasons, the two joked their way through the biggest drug investigation in New Mexico history, with the occasional break to save themselves from crazy Mexican brothers with big axes. Oh, and to share a nice frosty Schraderbrau.