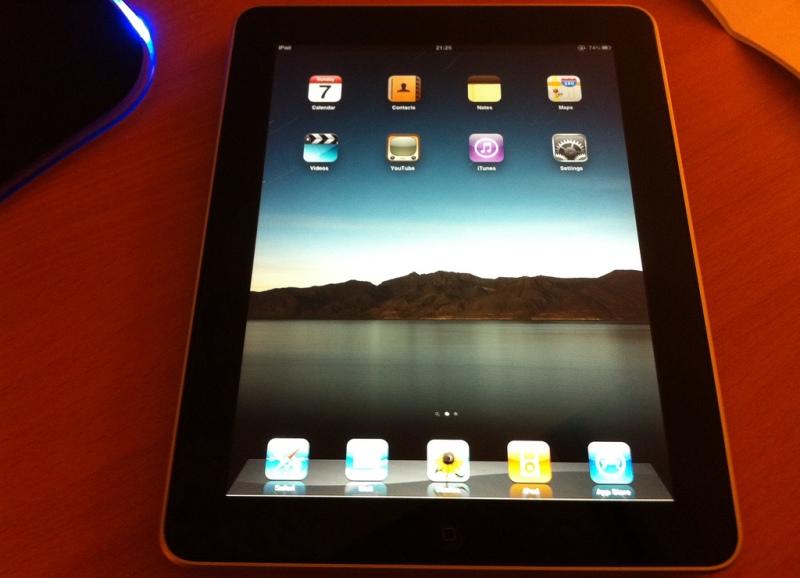 What does your tablet say about you?

Why did you buy your tablet?  It’s nice user interface? It’s good choice of apps? That pretty case that came with it?

Wrong, wrong and wrong. According to various new outlets, your choice of tablet comes down to what kind of person you are.

Basically, the tablet you use reveals your personality to the ENTIRE WORLD.

Worried now, aren’t you? Read on to find out what your tablet says about you…

You’re a tech enthusiast who spends half of their day on MacRumors so that you know the latest Apple news first. You spend the other half on Android forums telling everyone how rubbish Android is.

Alternatively, you bought an iPad because everyone else did.

There’s a chance you frequent coffee shops and have dabbled in graphic design.

You spend most of your day watching TV or listening to music, so the Kindle Fire is the obvious choice for you.

However, that’s not the real reason you bought it. Admit it: you saw the adverts and quite fancied that call centre employee. You desperately press the Kindle Fire Support button in the hopes of getting her but alas, you realise she is just an actress. Your heart breaks, and you buy an iPad instead (sell us your Kindle Fire first, though).

Alternatively, you’re just a normal person who liked the look of the Fire. But that’s too obvious an explanation.

Android is a great operating system and you know it. You’d never use anything else.

You also have a burning hatred of Apple and everything it represents. Every time you walk past an Apple store and see people laughing and joking with their iPads, a little part of you dies. Why can’t they see the truth? Apple overcharges for rubbish!

Or, you previously used one of the brilliant Galaxy phones and the tablet was a natural step. Yeah, that’s a likely story!

You just can’t let go can you?

You’re hip, fresh and fly. You listen to underground German hip-hop and breakbeat, and you liked Foals before they were cool. You know a lot of people with beards.

What tablet do you own, and what do you think it says about you? Let us know! If you don’t like what your tablet (apparently says about you), you can always sell tablets with us too.