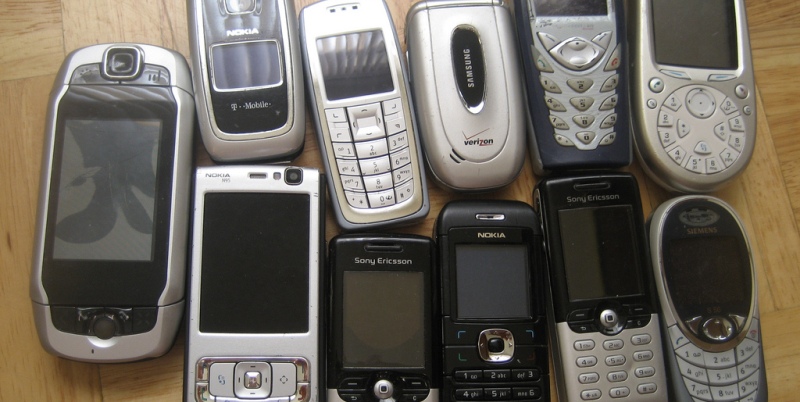 Do you struggle to let go of your old phones? Well, it might not be because you’re a hoarder. You might actually be in love with them.

According to research by Lookout Mobile Security, we’re all getting a bit too close to our phones for comfort, and it’s making it much harder to let go of them when we upgrade – even if they’re completely useless.

Why you love your smartphone like a pet (yes, you do)

‘Nonsense’, you say. ‘It’s just a bit of plastic and wires!’

Protest all you want, hypothetical reader – science has proven you wrong. Check out these stats:

58% of people can’t go an hour without checking their phone.

94% are scared of losing their smartphone

73% felt panicked when they lost their phone. 7% felt SICK!

Not enough for you? How about this then; the emotions we feel when we lose our phone are the same as if we lost a beloved pet.

Basically, we feel genuine emotions towards our phones. These emotions continue when we upgrade to a new phone, with our old phones looked upon kind of like old friends.

This means that some of us struggle to let go of our old stuff. Well, enough is enough! Here are a few reasons to wake up and sell your phones to musicMagpie immediately!

Think of your phone as being like every crush you had in school. No matter how much affection you show it and how much bad poetry you send it, it’ll never love you back.

And don’t go thinking that you can ‘do a John Connor’ and teach your computerised friend how to love and say cool 90s catchphrases either – I’ve already tried it with Siri and can confirm it does not work.

Remember how fun the Nokia 3210 was? Snake, eh? That was great, wasn’t it? And texts! Who remembers sending texts?! And…erm…

Yeah, exactly. Old phones are rubbish, but (as with most things) we only remember the good bits.  I’d take Angry Birds over Snake any day. Give me Google Play over the Blackberry App World.

‘Oh, but what about BBM?!’ you cry. ‘WhatsApp, Snapchat and even Facebook Messenger’, I reply.

Phones are better than they’ve ever been and there’s no denying it.

People will judge you on your old phone choices

Like old haircuts and CD collections, old phones have become a way of judging people. You could carefully choose your phones to ensure future generations judge you correctly, but it’s much easier just to get rid of the evidence.

Anyone who’s watched Terminator 2 will know that machines want to kill us, and no machine is better placed to do that than the mobile phone.

Think about it. We carry them everywhere and most people have one, meaning they can take us out quickly. They know everything about us (because we tell them). Most of them have more brain power than at least 25% of the human race.

So, when the phones become self-aware and start killing us all, you want to have as few of them in your house as possible. It could all be crazy nonsense, of course. But is that a risk you want to take?!

As you can see, there is literally no reason to hold onto your old phones, and even less to feel any sort of attachment to it. Sell it with musicMagpie and save yourself some space. It’ll hurt at first, but you’ll feel much better when you’re spending the cash you make!