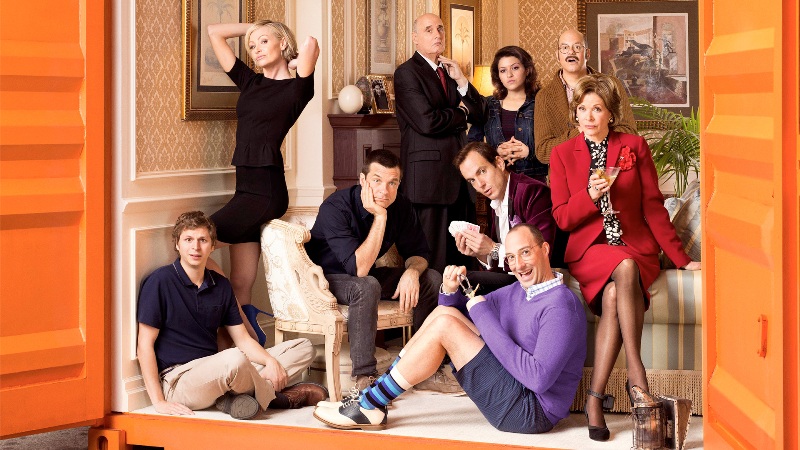 5 Cult TV Shows You Need To Check Out (Part Two)

There’s so much good stuff on TV nowadays that you could probably waste your entire life deciding what to watch.

‘Cowboys in space’ sounds like the kind of idea a lazy screenwriter would come up with before nipping off to the pub, but that is pretty much the premise of Joss Whedon’s Firefly.

The concept didn’t strike a chord with viewers at the time, as Firefly didn’t even make it to the end of its 1st season before biting the bullet. Only 11 of its 14 episodes were aired.

So why are we recommending it? Quite simple, really: it’s awesome. It shares the same witty dialogue and character development that made Whedon’s Buffy the Vampire Slayer a global hit, but the ‘space cowboy’ concept makes it a little harder to digest.

The series was eventually revived for a movie called Serenity in 2005. There’s also talk of a potential 2nd series now that Joss Whedon has conquered Hollywood with The Avengers. Fingers crossed!

Arrested Development won’t be everyone’s cup of comedy tea. Even though the premise is fairly standard – a wealthy family goes bankrupt and the put-upon son has to pick up the pieces – the actual comedy is far from it, with quick (and often quite dark) gags and in-jokes galore.

But those who do find the show’s brand of humour to their liking will undoubtedly fall in love with  its cast of eccentric but loveable characters, including Michael Bluth (Jason Bateman), his son George Michael (Michael Cera), Gob and Tobias Funke.

Arrested Development was revived by Netflix for a 4th season last year, although there are no concrete plans for a 5th.

Parks and Recreation started life as a spin-off of The Office (the American version) but quickly became something different entirely. The humour and the mockumentary style remain the same but the show has developed a life of its own, with a warm-hearted humour based around the daily workings of a government department.

Interestingly, the 1st season of Parks and Recreation was panned by critics. However, a shift in style in the 2nd season, and the emergence of one of the best comedy characters of all time in Ron Swanson, saw the show become one of America’s best-loved comedies.

If only Firefly was given such a chance…

If the prospect of 31 Terminator mini-movies appeals to you, you should drop everything and start watching The Sarah Connor Chronicles now.

TSCC is a direct sequel to Terminator 2: Judgement Day, with Sarah Connor and a brand new pet robot protecting future leader of the resistance John Connor from all kinds of nasty robots.

Terminator nerds will also enjoy Sarah’s trips to the future, which mark the only time Sarah Connor experiences the war she fights so hard to prevent (because, technically, she should be dead by that point).

Veronica Mars is essentially a sleeker and sexier version of Murder She Wrote, with college student Veronica moonlighting as a private detective solving mysteries (one per episode, with one big one over the series).

The show wasn’t that popular at the time, but has had something of a cult revival thanks to the recently released movie. The movie was famously funded via Kickstarter, with fans raising over $ 2 million in less than 10 hours.

If you need a bit of cash to buy any of these box sets, sell some DVDs with musicMagpie!

And don’t forget to take a look our previous 5 Cult TV Shows You Need to Check Out either.

View all post by Chris Smith.
← 5 Cult TV Shows You Need to Check Out (Part 1)
The student guide to clearing out your CD and DVD collection →