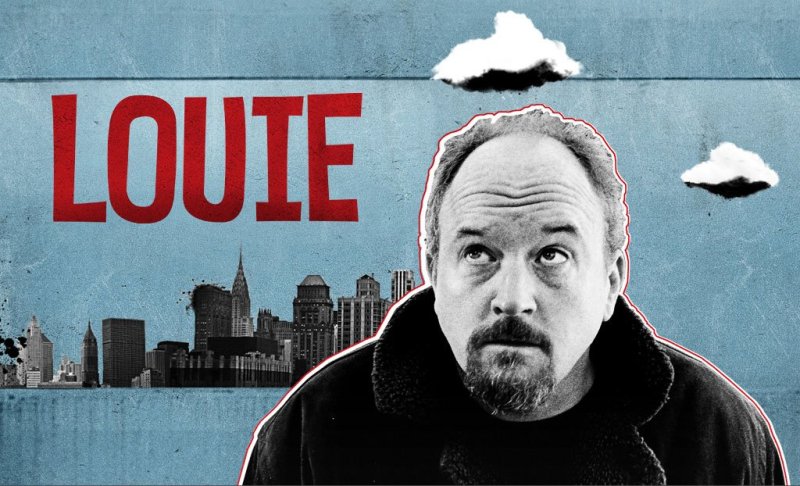 Have you ever binge-watched a TV show and then felt hollow and empty afterwards?

Don’t worry, it happens to us all. We’ve seen at least one poor post-Breaking Bad victim wandering around shouting ‘we need to COOK!’ at passers-by.

So how do we counter this strange new emotion that quality TV and the ability to watch episodes back-to-back has brought into our lives? Easy – we watch more TV!

Every month, we’re going to bring you a few TV shows you should check out. You won’t get time for all of them, but hopefully you’ll find something to lose yourself in for a couple of months. And don’t worry if you miss a post; we’ll be linking to every single edition at the end of every post so you’ll never miss a recommendation!

It’s based on a fictionalised version of the comedian’s life, with most episodes focusing on 2 different ‘scenarios’ (a bit like cartoons).

It’s hard to describe Louie without watching it. It’s a bit like a sitcom, but it has stand-up routines and doesn’t really have a plot. All you need to know really is that it’s very funny indeed, especially if you love dark humour.

It’s a sketch comedy based in Portland, a city famous for its hipster population. The sketches revolve around the residents of the city, who typically eat Kale, run vegan smoothie shops and do weird stuff in the name of art.

The 1st thing you’ll notice about Farscape is that it looks like a cutscene from a PS1 game. Time hasn’t been kind to the special effects in this show, which’ll be enough to put a lot of people off.

Stick with it, though, and you’ll discover an exciting and often hilarious (sometimes for the wrong reasons…) sci-fi adventure, as astronaut John Crichton (played by an actor whose style can be described as ‘Nicolas-Cagian’) tries to find his way back to Earth after being sucked through a wormhole.

Oh, and it has alien muppets too!

An oldie-but-a-goodie, Twin Peaks tells the tale of a town in the North-West of America where things are never as they seem. FBI Agent Dale Cooper is tasked with investigating the murder of Laura Palmer, a local high school prom queen.

Along the way he discovers other dimensions, ghosts and the best damn coffee ever. Twin Peaks isn’t for everyone – it’s surreal and intentionally cheesy at points – but it has a hugely dedicated fanbase, despite going off air over 20 years ago. Worth a shot!

Based on the book and film of the same name, Friday Night Lights focuses on life in a small town in Texas and the local high school football team.

This isn’t a show about football, though; it’s about the relationships between the people in the town and the problems they (and countless other towns in small-town America) face such as racism, family breakdowns, drugs, lack of opportunity and disability.

Friday Night Lights is a wonderfully-written drama that’s as thought-provoking as it is compelling.

Oh, and it also stars Creepy Todd from Breaking Bad!

And if you need any spare cash to check out these shows, click here to sell some DVDs with musicMagpie.

View all post by Chris Smith.
← 6 alternatives to watching football
5 Cult TV Shows You Need To Check Out (Part Two) →