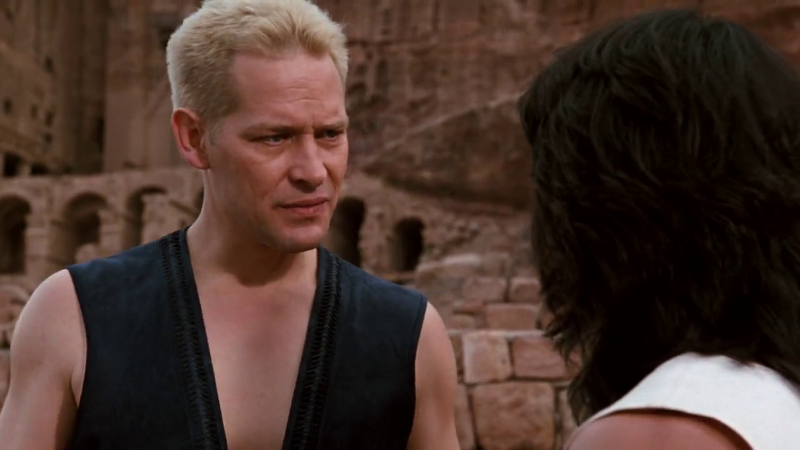 Videogame movies are terrible. You might think that’s a sweeping generalisation but it’s actually been proven by science – well, Rotten Tomatoes, at least. The highest score for a video game movie on the site is 44%, and that was for the barely bearable Final Fantasy: The Spirits Within.

Yet, there’s something remarkably charming about videogame movies. Like watching a z-lister heroically choking on a kangaroo’s bum on I’m A Celebrity, it’s hard not to be slightly impressed by how appalling the act you’re witnessing actually is.

With that in mind, here are 5 of our favourite videogame movies. And by favourite, we mean the ones that made us laugh the most by being brain-achingly awful.

Alone in the Dark

Alone in the Dark, an adaptation of a mildly popular horror franchise, is without doubt the worst videogame movie of all time with an unthinkably low 1% on Rotten Tomatoes.

It’s quite an achievement, considering the dross that came before and after, that’s made even more impressive by the fact Alone in the Dark has real actors that people have actually heard of, including Christian Slater as an American Derek Acorah-type and Tara Reid as an archaeologist (stop laughing at the back).

Still, it’s hard not to admire the sheer effort that’s gone into making a movie as terrible as this. Someone, somewhere, actually wrote the hammy dialogue, and genuinely believed the rubbish CGI monsters were scary and for that, it deserves at least one watch.

The Resident Evil movie series is possibly the loosest adaptation of anything ever, with clone ninjas, karate and lots of attractive women replacing the slow-paced blocky survival horror of the original game.

This is no truer than with Afterlife, which features main protagonist Alice in the centre of some kind of global conspiracy that requires lots of high-flying kung fu and ninja stars to defeat. It’s worth noting that the company at the centre of this conspiracy, Umbrella, have turned everyone on the planet into zombies by this point, rendering their plans a bit pointless really.

They plough on though, and so does this movie franchise, which remains very popular despite being quite obviously terrible. It’s so popular that it’s even influenced the Resident Evil games, with Resident Evil 6 taking a distinctly movie-esque tone. Needless to say, it was awful.

Believe it or not, the first Mortal Kombat movie is quite good despite having some of the worst costumes committed to film.

The sequel, however, is unspeakably rubbish. The words to sum up how terrible this movie actually is haven’t been invented yet, so here’s a collection of the worst moments from the film so you can witness the full horror for yourself.

To be fair, Annihilation is based off a game where the main choice you have to make is whether you’re going to rip your opponent’s head off or kick them into a pit of spikes at the end of the fight, so it’s not exactly ripe for emotional plot material.

And the fight sequences aren’t that bad either! If you fast-forward all the talk-y bits, you’ve actually got yourself a passable martial arts flick.

Unlike the other games in this list, the Silent Hill franchise is renowned for its excellent plot lines. A budding filmmaker could have easily taken the storyline of Silent Hill 2 and crafted it into a Lynchian masterpiece.

But they didn’t. Instead, they took the plot of Silent Hill 3 and crafted it into an incomprehensible 3D horrorshow that got roundly panned by critics. Nice one, guys.

That said, we’ll never get tired of seeing Pyramid Head – one of our favourite videogame baddies – on the big screen.

It’s worth stating from the outset that Max Payne completely fails as an adaptation of the game, foregoing the game’s noir-vibe in favour of some supernatural nonsense involving weird fairy people.

But, against better judgement, we actually quite like it. It’s different enough from the game to stand on its own, and we can’t help but feel the slightly weirder aspects of the film would have been more appreciated if it wasn’t so closely tied with an existing franchise.

We’re still not buying Mark Wahlberg as our Max though. Never.

What videogame movies do you enjoy? Let us know in the comments. And if you own any that you don’t enjoy, sell your DVDs with musicMagpie!

(Don’t forget that we’re giving away an Xbox One this month, and all you have to do is trade in a selected game – check out this blog post for the full list of games).