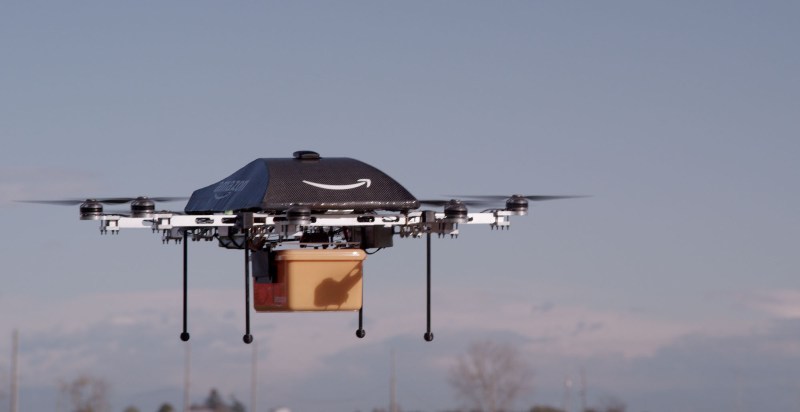 Technology is everywhere; in our homes, at work, in our pockets, on our faces. Soon, it’s even going to be in our eye.

Google have invented ‘smart’ contact lenses, which – in simple terms – are computers which you put on your eye.

It makes us feel a bit weird just thinking about it, but apparently it will serve an important purpose. The lenses will be able to measure glucose levels in tears, offering diabetes patients a safer and more accurate way to monitor their conditions.

Still, we’re sure there will be other uses for the lenses once app developers get their hands on it – some of which will be more than a bit creepy.

Drones are quite a controversial subject, with many commentators debating the legality of their use in warzones and the slightly creepy way they can be used to spy on people.

At the moment, drone use is mainly limited5  to governments and big companies (such as Amazon’s delivery drones). But, like all tech, the cost of a drone is bound to come down and we could soon all have our own personal flying robots.

This is a good and a bad thing. It’s good because we could deliver stuff to friends miles away, meaning we wouldn’t have to pay for stamps. It’s bad, however, because the sky will be filled with hundreds of annoying buzzing drones ALL THE TIME.

Anyone who sat in traffic on their way to work or school this morning will no doubt love the concept of a driverless car. You sit back while a computer drives you around – perfect. You could even catch a few more z’s!

Let’s think about that for a moment though. Your car is being driven by a computer; you know, the things we curse on a daily basis for going slow, crashing and being generally unreliable. They’re not exactly the characteristics we’d be looking for in a chauffeur…

Google Glass is already here, although the only people who are using it at the moment are tech enthusiasts and developers. Soon, though, we’ll all have a pair strapped to our head and that could signal chaos on our streets.

Think about the amount of times you’ve bumped into someone walking down the street gazing into their phone. Now times it by 100. That’s how bad Glass could potentially be. You won’t be able to walk anywhere without walking into someone else who happens to be watching TV while they’re shopping.

Now, this one is a bit tin-hat because the idea behind smart houses is really cool. The idea behind a smart house is that you can control it using either your voice or your phone; you can switch on lights, turn on the TV and so on.

But what if our houses become too smart? What if they learn how to talk? The walls would literally be able to speak, and be able to blurt out all the weird stuff you do behind closed doors to visitors. That’s if it doesn’t lock you in and force you to watch a 20 hour marathon of Loose Women first…

Don’t worry, we’re sure everything will be just fine. If you’ve got any unwanted electronics, sell them for cash with musicMagpie now!

← 4 of the Best Back-to-School Tablets
Can’t afford the iPhone 6? These 6 surprisingly easy money-saving tips might help… →