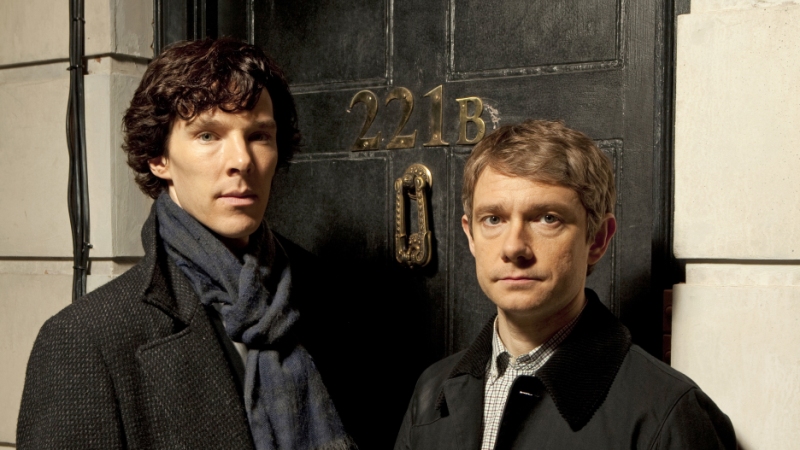 Have you heard about the latest American TV show that everyone is watching? It’s a dark drama about a gruff hero who doesn’t always play by the book but always gets results. Oh, and he’s a murderer. And he doesn’t like jokes.

Listen: we like American TV as much as the next person. Game of Thrones is great. Breaking Bad was probably the best show ever made.

But let’s not forget that there are loads of brilliant shows produced on our own shores, most of which are (whisper it) better than a lot of the shows America produces.

So, dig out your Union Jack, strike up God Save the Queen and join us as we discover why British TV might just be better than American TV.

The British sense of humour

We love 24 and Lost but wow: they took themselves seriously, didn’t they?

There’s nothing wrong with being serious, of course. But when a show drags on for a couple of seasons, it helps to have a few laughs thrown in every now and then – something we in Britain do very well.

Take Utopia, for example. That’s a show about a government conspiracy to more or less kill everyone, and yet it was very funny too thanks to some brilliant writing and comedic timing (reactions to near-death situations were a particular strong point).

Sherlock was the same. It could have been a deadly serious remake of the classic Holmes tales, but Benedict Cumberbatch and Martin Freeman’s comedic chemistry made the show much more entertaining.

We’re not saying that all American TV shows are humourless; Breaking Bad had some very funny moments. We just think Britain does it better. Sorry, America.

Our actors are better

Ooh, that’s a bold statement, isn’t it? Especially when actors like Bryan Cranston and Kevin Spacey are sweeping up awards left, right and centre (and everywhere in between).

But it’s true: our actors are better! Just look at where the stars of recent British hits have ended up: Benedict Cumberbatch and Martin Freeman have become mega-stars, starring in major US film franchises, while Idris Elba of Luther (and, to be fair, The Wire) has been in everything from Prometheus to Pacific Rim.

Even American showrunners seem to realise it. Andrew Lincoln, AKA Rick Grimes in The Walking Dead, used to be in Channel 4’s Teachers. Damien Lewis stole the show in Homeland. Ian McShane in Deadwood, Kelly MacDonald in Boardwalk Empire, Charlie Hunnam in Sons of Anarchy – the list goes on!

Now, don’t get us wrong: US TV has produced some very original shows over the years. Breaking Bad was a unique idea, while True Blood was a bit different too.

A lot of US TV shows retread old themes and ideas, though. Game of Thrones, as much as we love it, is Lord of the Rings with more violence and nudity. True Detective is A Touch of Frost with more philosophy and Matthew McConoughey.

Compare that to Black Mirror, a series of shows about everything from what happens when someone can recall every detail of their life to…erm, the prime minister having relations with a pig. Or Utopia, which is about a comic book that hides a deeper Government conspiracy.

Or, going further back, Spaced, which influenced The Big Bang Theory, Family Guy and countless other US shows by combining surreal humour with a sitcom format.

Of course, there’s still a lot of unoriginal rubbish on UK screens. But when we hit on an original idea, it’s usually brilliant.

And remember, British or not, you can sell your TV boxsets with musicMagpie whenever you like, for FREE!

← Is your partner a TV cheater? Find out in this post…
The surprisingly easy guide to giving up television (for a night) →