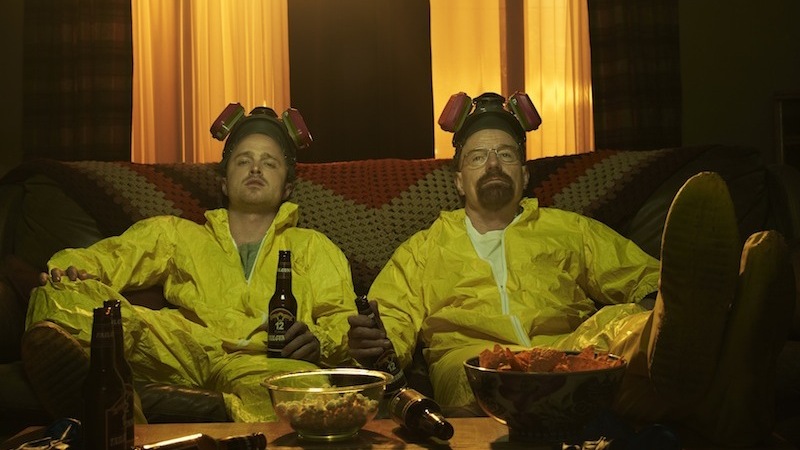 The surprisingly easy guide to giving up television (for a night)

Bad news, everyone: some important health folks have told us to stop watching TV for one night a week, or else we’ll all get really fat.

The National Institute for Health and Care Excellence (or to give them their reassuring shortened name: NICE) have released a report that calls on telly addicts to step away from the screen at least one night a week in order to stop their waistlines from expanding.

Being the health enthusiasts we are here at musicMagpie, we’re taking this advice very seriously. But…well, there’s loads of good stuff on telly, isn’t there? It’s hard enough to quit TV for one hour, let alone a whole night.

Oh well, we might as well give it a go. Here is the surprisingly easy guide to giving up television (for a night).

Stop watching so many programmes

There’s so many good programmes about at the moment that watching TV has become a bit like a second job. If we’re not watching something, we’re being recommended something to watch and a vicious cycle emerges in which our eyes are constantly glued to the screen.

Unfortunately, reducing the amount of time you spend watching TV means you’re going to miss out on some programmes. If you’ve got a massive watch list piled up, this will undoubtedly lead to stress.

So, here’s the solution: stop watching so many programmes. Seriously, limit the amount of stuff you’re watching (or planning to watch) to about 2 or 3 shows. You’ll be amazed by how much time you free up!

Sell some boxsets and movies

The more movies and boxsets you own, the more time you’re going to spend sat in front of your TV trying to watch them all – it’s basic maths (we think).

By selling some boxsets and movies (with musicMagpie…), you’ll limit the amount of time you spend in front of the box and you’ll make the folks at NICE very happy indeed.

You’re going to have a whole night free to do something other than watching TV, so you’ll need to find something else to do. Difficult, we know…

An active hobby is the best bet if you want to keep yourself trim and healthy, but don’t pick something boring like jogging or you might end up giving up and parking yourself in front of the TV again: try skateboarding or something interesting.

If launching yourself down a ramp on a skateboard doesn’t sound like your cup of tea, pick something intellectually challenging. You could take up chess, or read a novel that isn’t found in the ‘young adult’ section of your local bookshop.

NICE suggest getting away from your television so you can get fit, but they don’t mention anything about not taking your TV with you when you go and do whatever you do to get fit.

Buy a decent tablet, pop it in a sturdy case and take it with you when you go jogging. Stop every 15 minutes and treat yourself to 10 minutes of telly – it’s the best of both worlds.

Get rid of your TV entirely

Yep, you could get rid of your TV entirely. With laptops, smartphones and tablets, we’ve got so many ways to watch programmes on the move that you don’t actually need a TV in your front room. You’ll feel less compelled to sit down every night if your TV isn’t there.

So those are a few of the ways you could try to stop watching TV one night a week. Of course, we all know that it probably won’t happen but nothing like giving it a go, eh?

If you want to sell some of your boxsets or movies, get an instant price for them with musicMagpie.

← Is British TV better than American TV?
Who are TV’s best bad guys? Find out here… →