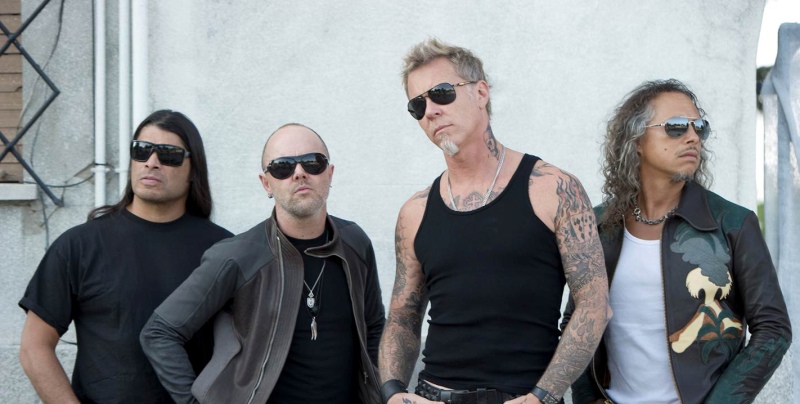 Another week, another exciting set of events in the world of music. Here’s the best of them in one easily digestible blog post – enjoy!

Uh-oh, this is awkward: Anthrax guitarist Scott Ian has let slip that Metallica were planning to fire legendary drummer Lars Ulrich back in 1986. Best get your excuses ready, James Hetfield!

According to Ian, Metallica (minus Ulrich, obviously) told him ‘when we finish this tour, we’re gonna find a new drummer.’

Shortly after, however, bassist Cliff Burton was tragically killed in a bus crash and the rest of the band (including Ulrich) regrouped and went on to become one of the biggest rock bands in the world.

Still: you wouldn’t want to be sat in a room with Lars and the rest of the band today, would you?

In rap beef news, Snoop Dogg and Iggy Azalea have been at each other’s throats over social media.

The row started when Snoop posted a picture of a man with cornrows with the caption ‘Iggy Azalea with no make up’.

Poor Iggy didn’t take too kindly to this and called Snoop an ‘ass’. Snoop responded by posting more pictures and a pretty threatening Instagram video (which you can watch at the previous link – it’s a bit too rude to post here!).

Fortunately, the two have now kissed and made up…unless Snoop has posted another picture by the time you read this.

Last month, U2 gave the world (well, anyone who had an iTunes account) a special gift: their latest album, Songs of Innocence.

It backfired spectacularly. While some people were undoubtedly thrilled with their free album (and some indifferent), so many people complained about having the album uploaded to their iTunes library that Apple had to release a tool to remove the album.

Now, Bono has apologised too. In a special Facebook chat, he blamed the decision to give the album away on a mix of a ‘…drop of megalomania, touch of generosity, [and a] dash of self-promotion’.

Let’s be honest: it was probably more than a dash of self-promotion wasn’t it, Bono?

Wherever Taylor Swift goes, controversy follows soon after – even if said controversy isn’t really her fault.

This time, poor Taylor has irritated her British fans by failing to release her new single Out of the Woods in the UK, even though the rest of the world gets to boogie to it right now.

Swift has blamed this great atrocity against the Great British public on a ‘new strategy’ her record label are taking. It’s a fair enough excuse, but we don’t think she’s out of the woods just yet…

If you’ve got any albums cluttering up your home, sell your CDs with musicMagpie!

← What Makes The Perfect Cover Version? We Used Science To Find Out…
5 metal bands non-metal fans might enjoy →