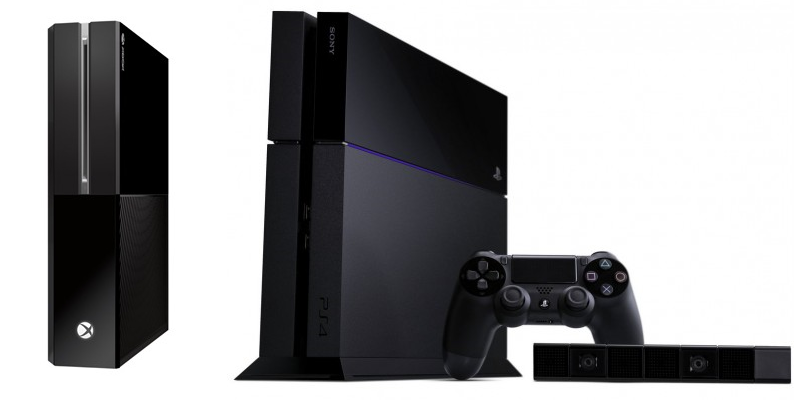 Is it time to upgrade to the Xbox One or PS4?

The Xbox One celebrates its first birthday this Saturday, with the PS4’s birthday a week after.

Yet, despite being a year old, both consoles still feel new. Many gamers, it seems, are sticking with the still-brilliant Xbox 360 and PS3.

However, there have been numerous signs that the Xbox One and PlayStation 4 may soon dominate the console market. Is it time to upgrade?

Sales of both consoles are increasing rapidly

In September, the PlayStation 4 hit one million UK sales. Figures for the Xbox 360 are slightly harder to come by, but Eurogamer estimates that they stood around 666,666 at around the same time.

Since then, a price cut and the release of various triple AAA titles, including FIFA 15 and the next-gen exclusive Assassin’s Creed Unity, have seen Xbox One sales spike. For a week at the end of September, the console even outsold the PS4.

Neither console shows any sign of slowing down either, especially with Christmas just around the corner. This year’s price cuts mean that this Christmas could be the first in which parents treat their kids to a new console, which will significantly increase sales figures.

So, how does this affect your console choice? Well, as more consoles are sold, games studios will focus more of their attention on the newer consoles. Slowly but surely, support for the 360 and PS3 will diminish.

The PS4 is the second fastest selling games console ever

It’s a common misconception that this generation of consoles hasn’t been that successful. The plight of the Xbox One has been well reported, but its sales haven’t actually been that bad: as we said earlier, it’s sold around 700,000 and is well on its way to hitting 1 million.

The PS4, however, has been a roaring success. It hit 1 million sales in September, just 9 months after its initial release. This makes it the 2nd fastest selling console ever, just behind the Nintendo Wii (which took 38 weeks but benefited from being significantly cheaper). By contrast, the Xbox 360 – the most popular console of this generation – took 60 weeks (about a year and 2 months) to hit 1 million.

Clearly, gamers are more willing to make the leap and, as we said before, this will be reflected in the games that come out on each console. In fact, it’s already started…

The PS4 and Xbox One have already had a few exclusives, but none have been quite as big as Assassin’s Creed Unity. It’s the first title from a major franchise to be released solely on the One and PS4, and is a sign of things to come.

Of course, Ubisoft didn’t completely abandon the 360 and PS3; Assassin’s Creed Rogue is a brilliant game that is arguably better than Unity. But one of the reasons that game was released was because Unity was just too powerful for the older consoles.

It seems to mark the beginning of a trend. Another game, Dying Light, was recently pulled from the 360 and PS3 release schedules after ‘thorough internal testing’ showed that the older consoles couldn’t handle the game.

The 360 and PS3 have hit the peak of their powers

Technical innovation is something the gaming industry prides itself on, and it’s quite clear that the 360 and PS3 have reached their technical limits.

Not that developers haven’t tried to push the limits further. Compare early releases like Halo 3 and Resistance to The Last of Us, Grand Theft Auto V and Halo 4; it’s almost as if they were on different consoles entirely.

Unfortunately, all good things must come to an end. While the PS3 and Xbox 360 may be enjoyed by gamers for years to come, the big new releases may soon dry up. Those that remain will inevitably be poorer quality ports better experienced on the newer consoles.

Is it time to upgrade?

If you’re serious about gaming and you haven’t upgraded to the newer consoles yet, now may be the time to do so. The technical capabilities of the 360 and the PS3 have been exhausted, which means studios are going to focus their efforts on the One and PS4. Recent price cuts mean that both consoles are relatively affordable now too – especially if you trade in an old console with musicMagpie!

← 5 of the Best Batman Videogame Adaptations
Welcome to Kyrat: The Far Cry 4 Review Round Up →