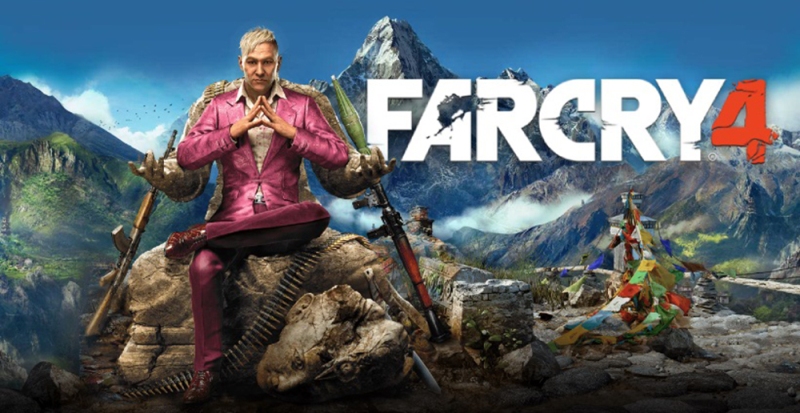 Welcome to Kyrat: The Far Cry 4 Review Round Up

Far Cry 4, the latest sequel in the long-running open-world first person survival series, is released today and expectations are high.

However, this year hasn’t been kind to big budget blockbusters. Destiny, one of the most anticipated games of all time, was met with slight derision and apathy, while Assassin’s Creed: Unity was (and is still being) criticised for its poor design and familiar gameplay.

So, how will Far Cry 4 fare with the great and good of games journalism? Read on to find out…

Far Cry 4: What You Need to Know

Far Cry is a series of open-world action adventure games in which you use the wilderness to survive. The series is renowned for letting players come up with their own solutions to problems; you can sneak around a military base picking off baddies one-by-one, or blow it to smithereens.

Far Cry 4 revolves around a young American caught up in a revolution in a far-flung country called Kyrat, which is ruled by an evil (and flamboyant) dictator called Pagan Min. You’re torn between two leaders of resistance movement and, like in previous games, have to use your surroundings as both a weapon of destruction and a tool for survival.

The narrative of Gamespot’s review has become all too familiar recently, painting Far Cry 4 as a big budget game that rehashes old ideas and doesn’t live up to expectations.

The plot comes in for particular criticism: while it starts positively, it soon collapses into cliché and watered-down politics. The characters aren’t the most interesting either, with the best one – Pagan Min – absent for most of the game.

It’s not all bad news though. Gamespot praises the freedom Far Cry 4 gives to players, especially the numerous ways players can tackle missions; for instance, you can lure wild animals into battle to eat your enemies (and, if you hang around long enough, you).

The game’s economy receives praise for giving players a good reason to grind through the game’s subquests too.

They praise the game’s excellent open-world, going as far as to suggest that the developers should have given players the ability to take photographs and pursue other careers in Kyrat’s lush surroundings.

Equal praise is bestowed upon the games’ improvisational combat (i.e. the aforementioned introduction of tigers and elephants into battle) and its willingness to let players tackle missions any way they see fit, as well as the brilliant co-op mode.

The main story is the only aspect to be criticised, because of the restrictions it imposes on players and the occasionally lacking storytelling.

It doesn’t stop Joystiq from calling Far Cry 4 the ‘undisputed king of the open-world shooter’, though.

The Guardian’s review reiterates many of the points raised by Joystiq, leading to an equally positive review.

The plus points include the ‘vast and hostile’ environment, a narrative that twists and turns depending on the choices you make, and the intelligence of enemies and animals.

The game is praised for encouraging exploration through the number of activities it offers, including overthrowing outposts, races, hostage rescue missions and hunting.

As with Joystiq’s review, one of the only gripes is that the story sometimes limits the otherwise amazing freedom offered to the player. But again, it’s not enough of a gripe to stop the Guardian giving Far Cry 4 a perfect score.

Once again, Far Cry 4’s freedom is praised although Eurogamer temper their praise slightly by suggesting the game is a slightly inferior version of Far Cry 3.

Among their reasons for this comparison is a landscape that isn’t quite as compelling as its predecessor. It gets a bit same-y, although there are more than a few flashes of beauty.

The game does give gamers a lot more to do than Far Cry 3, though.

All in all, Eurogamer like the game but describe it as ‘more of a backpacker’s delight than a 5-star island resort’.

Metro reference Assassin’s Creed Unity a lot in their review, which is fair enough: both games are made by Ubisoft.

However, most of the comparisons are positive. Indeed, the biggest difference between the two, according to Metro, is that ‘Far Cry 4 is fun to play’.

Like Eurogamer, Metro also draw a lot of comparisons with Far Cry 4’s predecessor, even writing that: ‘Far Cry 4 is essentially the same game as Far Cry 3, only with a different setting, better graphics, and some new co-op features.’

That, in case you hadn’t realised, is a good thing. The game’s level of freedom and the co-op mode are both, again, heavily praised.

However, the game’s characters are once again criticised for not being particularly likeable. There’s also a warning for animal lovers, who may be put off by the hunting and skinning of critters featured in the game.

If you’re planning to buy Far Cry 4, why not sell some of your games? Click here to start selling.

Or, if you’ve already played the game, share your opinion with us – and other gamers – in the comments.

← Is it time to upgrade to the Xbox One or PS4?
The best video games for young children this Christmas →