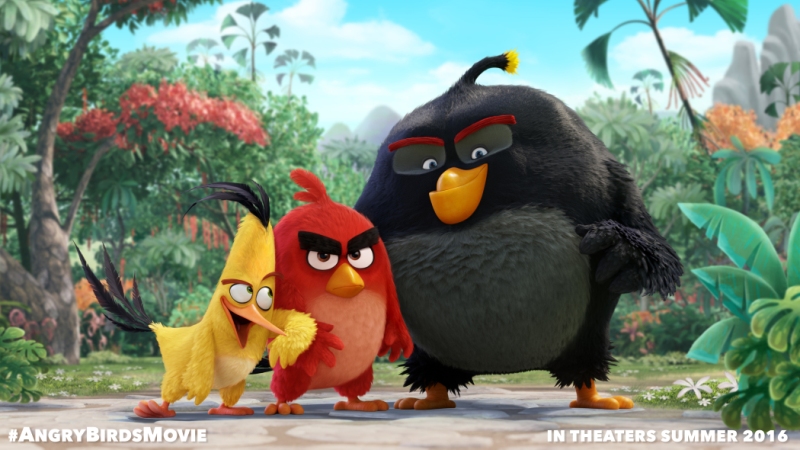 5 of the weirdest upcoming movie adaptations

It’s a truth universally acknowledged that originality is dead – see, we even stole that line off Jane Austen.

This is apparently no truer than in Hollywood, where every 2nd movie seems to be a reboot, a sequel or an adaptation of a book, video game or play.

Most adaptations make a lot of sense; big robots fighting other big robots translates well to the big screen, while period romance novels will always draw in the date crowd.

Others, however, only make sense in a parallel universe where people wear trousers on their heads. Here are 6 of them.

Yes, the timeless tale of a group of birds freeing their friends from the oppression of pigs by launching themselves from a slingshot is coming to the big screen.

We’ll be honest; we can’t really see how a movie based off a game that, whilst fun, isn’t exactly narratively rich is going to work. Then again, Angry Birds has been downloaded over two billion times – we can practically hear the cinema cash registers ringing already.

Nearly 20 years after the final book was published, the legendary Goosebumps series is finally getting a movie adaptation. It’s a bit late, but not that weird…until you read the plot.

Instead of adapting one of R.L Stine’s classic books (Say Cheese and Die being the best, but feel free to argue in the comments), the team behind Goosebumps have decided to produce a semi-autobiographical film about Stine himself (played by none other than Jack Black).

As it turns out, the monsters in the Goosebumps series are actually real but imprisoned in Stine’s books. Then, one day, a curious teenager accidentally releases the monsters and…well, you can probably guess what happens next.

We can’t tell if it’s the best or worst idea ever, but we can’t wait to find out when the film is released in 2016. Here’s a snippet from the classic TV series to keep you going until then.

If we were tasked with finding a videogame to adapt into a movie, Tetris would be at the bottom of the pile. In fact, it wouldn’t even be on the pile.

And yet, here it is: the news that Threshold Entertainment, the company behind the Mortal Kombat films, are going to make a movie based on the classic Russian puzzle game.

Details are very thin on the ground at the moment, probably because Tetris has literally no plot beyond ‘blocks are falling from the sky, line them up to get rid of them’. Perhaps ‘L’ block and ‘T’ block will have a sordid affair and murder ‘zig zag’ block.

All we know so far is that Tetris: The Movie is an ‘epic sci-fi story’. Henk Rogers, the managing director of the Tetris Company, also told BBC News that ‘there’s much more to Tetris than simply clearing lines’.

There’s no release date on this one yet, but here’s what it’s probably going to be like…

A Sonic The Hedgehog movie! Why didn’t they think of it sooner?!

No, seriously, why didn’t they? Because this planned adaptation is about 20 years too late and at a time when the lovable blue hedgehog’s popularity is at an all-time low (neither of the latest games in the franchise made the UK top 40 chart).

Also, the Sonic series’ storyline is now so convoluted that it’ll take at least a year to get a coherent plot out of it. Over the past few years, Sonic has travelled back in time to become a knight, saved the world from a cosmic threat and met a previous version of himself.

Forget everything else in this blog post: this is easily the weirdest idea for a film we’ve ever heard.

Yes, the man known as Yeezus is providing creative direction on a remake of a classic children’s cartoon. What could possibly go wrong?

Unfortunately, despite the man himself confirming he was involved, production on the film seems to have stopped as the last update was in 2013. Let’s keep our fingers crossed and pray to Yeezus things work out.

What’s the weirdest film adaptation you’ve ever seen, or read about? Let us know in the comments.

And if you need to have a bit of a clear out, why not sell DVDs with musicMagpie? Just click here to get started.

← Who will win at the Oscars? Here are our predictions – share yours in the comments!
The Surprisingly Easy Guide to the BAFTA Winners →