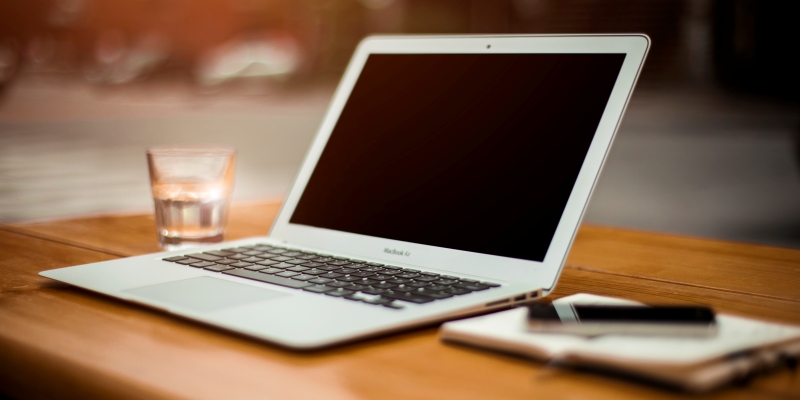 5 innovations that will change the way you use your laptop

The world of technology has changed massively over the past decade. Less than 10 years ago, the smartphone didn’t exist, no-one thought that tablets would succeed in the mass market and the idea of legally streaming music for free was frankly ridiculous.

The good news is there’s no sign of the innovations slowing down anytime soon – especially for the humble laptop. Here are 5 innovations that will change the way you use your laptop in the next few years.

Until now, gesture control has been a gimmicky feature that isn’t anywhere near as cool as it should be. But that could be about to change.

Earlier this year, Asus unveiled a new wave of laptops that use Intel RealSense 3D cameras to monitor user gestures and translate them into on-screen actions. You’ll be able to drag stuff around screen, swipe between tabs and generally feel like you’re in a sci-fi film.

It’s not the first use of gesture control in a laptop (Leap Motion released a popular peripheral a couple of years ago), but the use of 3D cameras could make the technology a lot more reliable and offers a wealth of new options too. It could make the mouse, trackpad and even the touchscreen obsolete.

The first wireless charging laptops will be released this year, although we’re nowhere near experiencing its full potential.

In a few years time, most places you use your laptop – airports, hotels, coffee shops and so on – could have wireless charging points. Imagine being free from cables and not having to fight over the only available plug socket in Starbucks!

While we won’t see the wireless charging utopia for a while yet, the merger of the Alliance for Wireless Power and the Power Matters Alliance earlier this year should see the technology hit the market sooner rather than later.

Biometric technology has been around for a while, with Apple’s TouchID perhaps the most widely used fingerprint recognition technology.

However, biometric recognition remains the exception rather than the rule on laptops. That could change thanks to rapid advances in technology, with iris scanners and facial recognition technology more reliable and slightly less expensive to implement than it once was.

We’re also seeing more developers getting on board with biometrics. Apple have embraced it for a while, but Microsoft recently joined the part with Windows Hello, a system that lets you log in using your face, eyes or fingerprints.

We should advancements in the way we can log in too, with heat signature-based recognition and DNA recognition both possibilities.

Virtual reality is one of the most exciting areas of technology at the moment and is very close to hitting the mass market.

The most recognised VR device at the moment is the Oculus Rift, a headset that lets you play games as if you’re actually in them. While most of the device’s functions have focused on gaming so far, the fact Oculus is owned by Facebook means we’re bound to see integration with the world’s biggest social media site at some point.

Microsoft has also got a headset coming to market, although the HoloLens is more ‘augmented reality’ than virtual reality. The HoloLens contains a small Windows 10 computer, and overlays your vision with apps, documents, videos, games and pretty much anything else you’d access on a laptop.

While the HoloLens is currently a self-contained device, Microsoft may release a similar device that links to your laptop or computer in the future.

USB ports aren’t the sexiest of features, but there are plenty of reasons to be excited about USB Type-C. These tiny ports, which are shipping with the next MacBook, and their associated cables carry enough power to charge your laptop alone. In short, you’ll only need one cable to charge your laptop and your phone.

USB Type-C is also able to transfer data up to 10GBPS and play video from different devices, essentially rendering the HDMI and similar cables obsolete. Oh, and you can plug cables in either way round too!

Type-C is slowly but surely rolling out across laptops, and should be widespread within a few years.

Which laptop innovations are you looking forward to most? Let us know in the comments.

If you’re planning to sell your laptop, why not find out how much you could make for it with musicMagpie? Just click below to get an instant price.

← How to choose a laptop for school, college or uni
The iPhone 6S is revealed! →