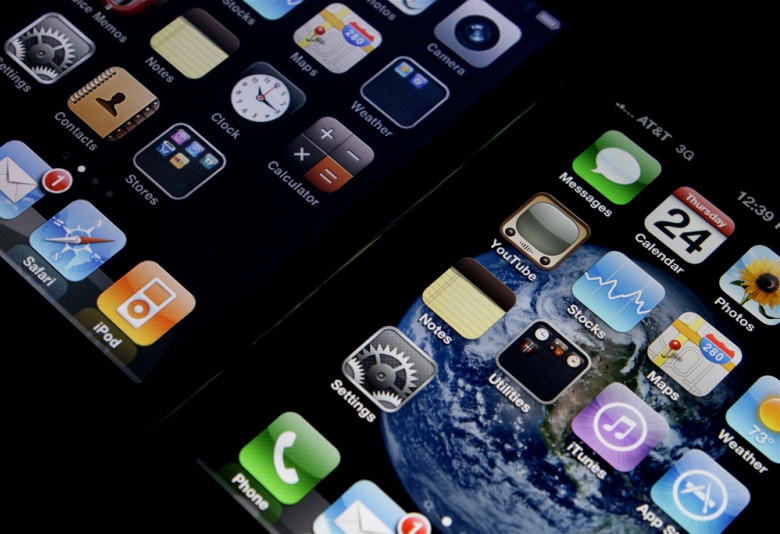 Should you sell your iPhone and switch to Android?

A couple of years ago, iOS was the obvious choice. It offered a better experience, had better apps and the iPhone had much better features.

But recently, Android has caught up. In fact, Apple was even accused of copying Android’s best features in their recent iOS 8 announcement (not by us, mind).

It’s alright to admit it, iPhone users: you’re curious. You want to know what Android’s about, but you don’t want to tell anyone. That’s why we’ve put together this little guide.

And, if you do decide to make the switch, you can sell your iPhone to us too – we promise we won’t tell any of your Apple fanatic mates!

Admit it: every time you see someone watching a hilarious YouTube clip on their Galaxy S4 or HTC One, you get a bit jealous. You might even briefly think “I’m going to sell my iPhone and buy one of those”, although you quickly pinch yourself and go home to repent your sins in front of your Steve Jobs shrine.

But the bigger screens offered by Android devices are a major bonus in this video-centric age. They make everything looks better – even that slightly dodgy pic someone took of you on the work’s night out.

There’s only one question iOS users planning to upgrade have to ask themselves: Should I sell my iPhone 4 and get a 5?

Boooooring. Switching to Android opens up a world of beautiful smartphone choices. You could use a Galaxy one year and switch to an HTC the next, and all you’d have to do is redownload your apps, music and pictures. The smartphone world is your oyster.

The customisation options for an iPhone are more or less limited to buying a pretty case from that bloke who sells iPhone 3 accessories at the market.

Alright, so it’s not quite that bad. But it certainly feels like it compared to the customisation options available on Android. You can customise almost everything, allowing you to create a phone experience tailored to you.

You can’t put an SD card in an iPhone; you can in a Samsung Galaxy.

Although, admittedly, you can’t put an SD card in a lot of Android devices either…

Reasons to Stay with iOS

It’s not all doom and gloom for Apple though. Here are a few reasons not to sell your iPhone…

Not as many good apps

iOS’ earlier dominance means that it still gets the best apps first. Plus, a lot of apps are designed for iOS specifically and later converted to Android, so you get a better experience on the iPhone.

The native apps aren’t as good

Although Google are working on it, the native apps that come with most Android phone can’t compete with Apple’s. It’s not just the quality of the apps – Google have done a pretty good job on that – but the way they work with the phone.

On iOS, apps like Messages and iCloud feel connected, creating one simple experience. On Android, it all feels a bit disjointed.

Android is hit and miss because of different overlays

Android’s greatest feature is also its worst. Some of the custom Android systems created by phone manufacturers are terrible, and lack the cohesion of iOS. Samsung’s is alright for the most part, but on the whole, Android operating systems can be really hit and miss.

Apple is the master of great user experiences, and it really shows with iOS. It’s so easy to use, yet it offers enough options to keep experienced smartphone users happy too. Anyone can pick up an iPhone and find a use for its features, and that’s the beauty of iOS – it’s built around the user.

So, are you planning to sell your iPhone after reading this post? Or are you going to stick with iOS? Tell us on Facebook or Twitter!

And if you do decide to sell, click here for an instant price for your device!