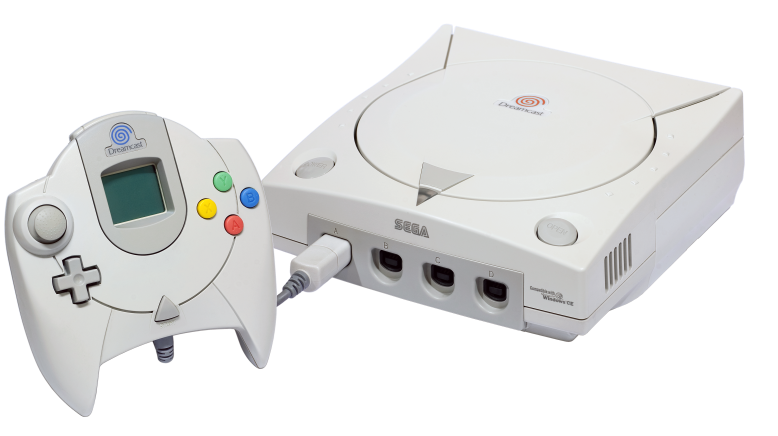 It’s Thursday, which means that it’s time to jump in the Magpie time machine and visit CDs, DVDs, Games & Tech from the past! Today’s Throwback Thursday tells the tragic tale of the best games console ever…

Ah, the Sega Dreamcast. It’s a name that, for many, won’t mean anything – a footnote in gaming history. For others, though, it’ll bring a salty nostalgic tear to the corner of your eye.

No console in recent history commands as much devotion as the Dreamcast, Sega’s final console.

Sega discontinued the Dreamcast in 2001 due to poor sales figures, breaking the hearts of millions of gamers. Many claim that the Dreamcast was Sega’s ‘Icarus’ moments; they flew too close to the sun in trying to revolutionise the gaming market and very nearly put themselves out of the gaming business for good.

But what a two years it was! Here are a few reasons the Dreamcast was the best console ever:

No console had a better games library than the Dreamcast. Sonic Adventure, Jet Set Radio, Phantasy Star Online, Crazy Taxi, Power Stone, Soul Calibur, Skies of Arcadia, Chu Chu Rocket, House of the Dead 2 – it says something when most of these games are still in demand on services like Xbox Live.

Then, of course, there was Shenmue. Sega’s epic action-adventure was the most expensive game ever made at the time and revolutionised gaming as we know it.

It’s generally accepted that memory cards are an accessory that belong in the past. They had very limited storage, got lost easily and were very easy for pets/younger siblings to chew.

The Dreamcast memory card (or Virtual Memory Unit, if you’re being picky) was different, however. It went into your controller and had a little screen on it. During games, this screen would display various info.

The best part of all, though, was that you take the VMU out and play minigames on it on the move. It’s a revolutionary concept that no console has been able to match since.

Although it’s included in most games these days, online gaming was still very much a ‘PC’ thing back in 1999. The Dreamcast was the 1st console to introduce online gaming to consoles, letting gamers play Quake 3 and Phantasy Star Online against gamers across the world. It undoubtedly paved the way for Call of Duty, Elder Scrolls Online and the many, many online games we enjoy today.

The Dreamcast looks how a games console should; sleek, clean and – most importantly – small. It fit nicely in your bedroom, unlike the current behemoths we have today (Nintendo honourably excluded), and didn’t sound like it was about to take off.

It was made by Sega

It’s a silly reason, but we really, really miss the days of Sega making consoles. Alright, so they were rubbish at marketing, but the consoles themselves were fantastic. More importantly, like Nintendo, they were solely focused on making games consoles – you can’t imagine them pulling the kind of tricks Microsoft have with the Xbox One so far.

And if you’ve never played a Dreamcast before, what are you waiting for?! Sell your games and keep your peepers open for a cheap console online!

View all post by Chris Smith.
← The surprisingly easy app of the week: MyFitnessPal
5 of the Best Budget Smartphones →