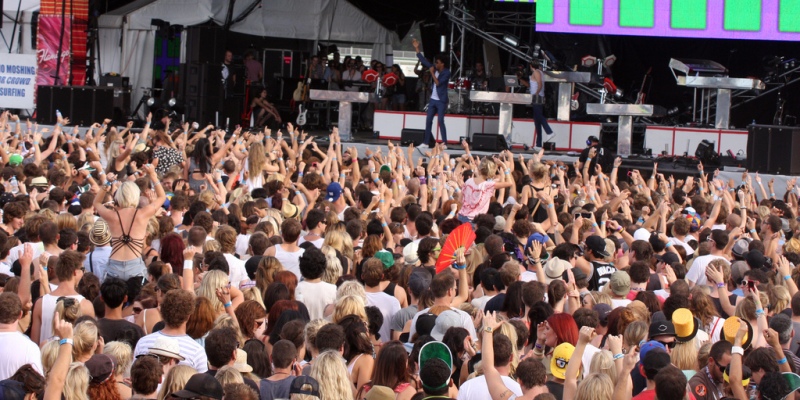 The curtain has fallen on Glastonbury for another year, with hundreds of poor souls now picking through a weekend’s worth of rubbish (insert joke about your least favourite act here).

If you’re one of the few people who didn’t manage to get a ticket or catch it on TV, you might be feeling a bit left out today as your colleagues/friends pore over all the Glasto action.

Fortunately, we’ve decided to put together 10 of the best performances of the weekend for you. Think of it as a mini Glasto, except your clothes won’t get mucky.

Beneath the grey skies of Glastonbury, Ms. Allen’s breakthrough hit almost sounds like a plea to the Gods of weather. It’s still a belter, mind.

Elbow performed one of the best tracks from their brilliant new album as the sun set over Worthy Farm. Lovely stuff.

Despite calling their last time at Glastonbury a ‘nightmare’, Friday headliners Arcade Fire managed to put the past behind them and enthral the sodden masses with songs old and new.

The Led Zeppelin frontman performed a set of solo material and Led Zeppelin classics. Jimmy Page didn’t show up, unfortunately, but the banjo player seen in this video more than made up for it.

Jack White had a bit of weird night, appearing distant and occasionally swigging from a bottle of champagne. Nevertheless, he still managed to blow the metaphorical roof off Glasto wit, which he ended by jumping into his drum kit and generally going a bit mad.

No particular song for this one, just an hour of dubstep fun and frolics from the artist formerly known as Sonny Moore.

Where is My Mind? – Pixies

Pixies perform a near-perfect rendition of their biggest hit to an adoring crowd. Enough said.

Nothing Else Matters/Enter Sandman – Metallica

Metallica were amazing. Was there ever any doubt?

Dolly Parton drew a bigger crowd than both Arcade Fire and Metallica. Proof, ultimately, that a chirpy personality and a few iconic anthems is all you need to conquer the music world.

Raucous lad rock isn’t the most obvious choice for a Sunday night, but it’s difficult not to get carried away when Kasabian are in full flow.