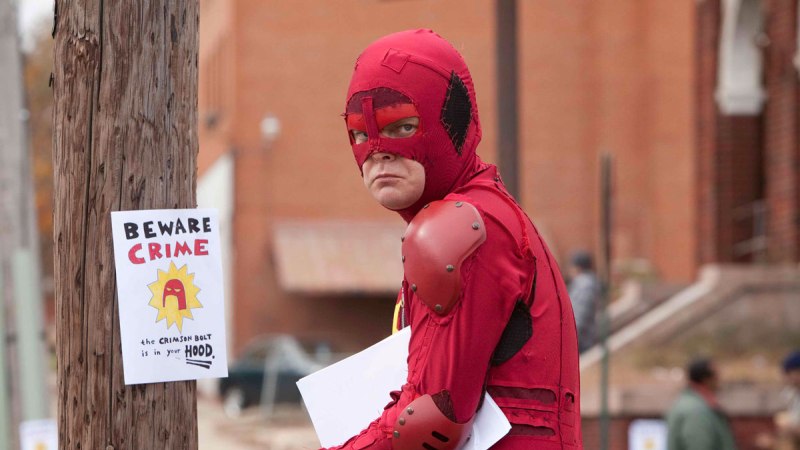 5 Cult Superhero Movies Worth Checking Out

Superhero movies are everywhere at the moment: Guardians of the Galaxy is dominating the box office, Captain America: The Winter Soldier is out on DVD, and Batman vs. Superman and The Avengers: Age of Ultron are filling the pages of movie magazines and blogs everywhere.

That’s just the tip of the superhero iceberg, however. Beyond Marvel’s array of blockbusters, there are loads of underappreciated superhero movies that still maintain a cult following. Here are some of the best…

The Crow is the undisputed king of the cult superhero movie, with Brandon Lee’s fateful portrayal of undead avenger Eric Draven inspiring legions of teenagers to grow their hair and paint their nails black.

While Lee’s death dominates the legacy of the film, it’s actually a very well-made superhero movie, with an incredibly dark plot (Draven’s origins are even grimmer than Batman’s) and even better action sequences.

It’s fair to say that Super isn’t your standard superhero fare, despite seeming – on the surface –to be a lot like Kick-Ass.

The film focuses on Frank (played by Rainn Wilson), a normal guy who is spurred on to suit up and fight crime after his wife leaves him for a drugs kingpin. He meets a girl called Libby (Ellen Page) who becomes his sidekick – so far, so Kick-Ass.

That’s where the similarities end, however. Super is an extremely black comedy, and your enjoyment of it will largely depend on whether you find it funny that The Crimson Bolt issues near-fatal pipe beatings for crimes ranging from murder to cutting in line.

Interestingly, Super is directed by James Gunn, who later went on to direct a little movie called Guardians of the Galaxy.

Mystery Men is a fantastic superhero parody movie that was unfortunately released at a time when apparently ‘normal’ superhero movies were doing a perfectly good job of parodying themselves (we’re looking at you, Batman and Robin).

In a post-Watchmen and Avengers world, however, Mystery Men suddenly feels more relevant (and funny as a result). Anyone who loves those films will enjoy the adventures of Mystery Men’s inept heroes (including William H. Macy and Ben Stiller), as they try to save the world from a terrifying villain with only a range of useless powers to help them.

Before Marvel decided to take matters into their own hands and open their own movie studio, movies based on their characters were decidedly hit and miss. The Punisher is largely considered to fall into the latter category.

It’s a fair enough verdict, because the movie isn’t exactly a barrel of laughs (it’s more Death Wish than Iron Man). But then again, neither is the character it’s based on: he basically shoots and tortures people for fun. The movie works well with its source material and Thomas Jane brings emotional depth to a character that might as well be a talking tank.

Steel is a bad movie. It’s cheesy, based on a little-known DC Comics character and stars basketballer-and-definitely-not-actor Shaquille O’ Neal as the main character.

So why are we including it on this list? Simple: it’s a timely reminder of how bad superhero movies can be in the wrong hands. Let’s hope the studio bigwigs watch it for the same reason, eh?

What are your favourite cult superhero movies? Let us know in the comments.

And don’t forget that you can sell all of your superhero DVDs with musicMagpie!

View all post by Chris Smith.
← Guns, guns, guns: the best movies made by the cast of The Expendables
The Top 10 Traded DVDs →