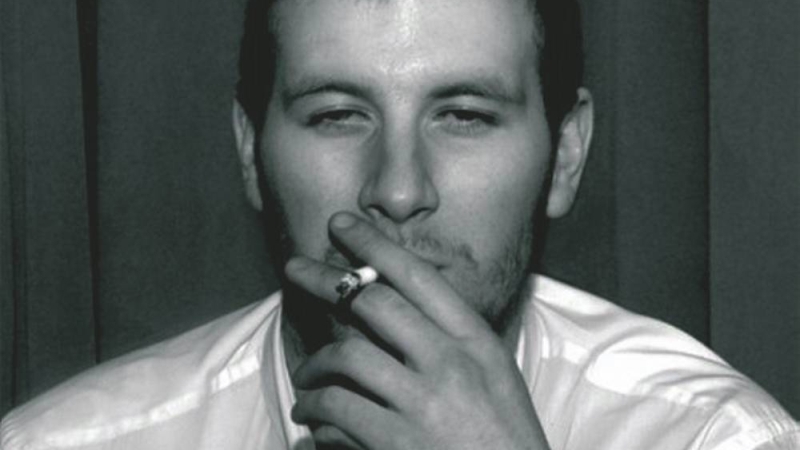 No worries, though: you can just reach for one of the many uplifting albums in your CD collection! Well, as long as it’s not one of the deceivingly depressing albums in this list, all of which appear cheerful on the surface but hide a secret darkness that could make your Bank Holiday blues even worse…

The Beach Boys are best-known for being happy-go-lucky surfer dudes who, when they weren’t carving up waves, hit the shore to write chipper tunes like Good Vibrations and Surfin’ USA.

Based on the cover, you’d be forgiven for thinking Pet Sounds is the cheeriest album in the Beach Boys discography, with the boys feeding cute animals at the zoo. And with songs like Wouldn’t It Be Nice? and football terrace favourite Sloop John B on the tracklist, surely Pet Sounds can’t be that depressing?

Oh yes it can! Despite the occasionally cheerful instrumentation, the lyrical themes of Pet Sounds are anything but happy. Wouldn’t It Be Nice? describes an ideal world that can’t be achieved, while I Wasn’t Made For These Times tackles social isolation and disorientation – two major themes of the album.

That’s before we even get to Here Today and Caroline, No, 2 heartbreaking tales of lost love. Even God Only Knows, a seemingly pretty song about love, is a bit creepy and obsessive.

Best stick to the surfing songs if you want a pick-me-up, eh?

Whatever People Say I Am, That’s What I’m Not – Arctic Monkeys

The Arctic Monkeys’ debut is full of youthful exuberance, which is no surprise considering it was written by 4 teenage boys without a care in the world.

Well, apart from prostitution (When The Sun Goes Down). And broken relationships that are beyond repair (Mardy Bum). And the grime and seediness of Britain’s nightclub scene (more or less every song).

Alex Turner even lusts after a girl doing the robot!

It’s hard to imagine Kanye West being sad about anything because any self-doubt would be drowned out by his  arrogance and ridiculous declarations of greatness.

And yet, a surprising amount of Kanye’s work is pretty sad. 808s and Heartbreak is the most obvious example of a sad Kanye album, but the follow-up, the grandiose My Beautiful Dark Twisted Fantasy, is equally downbeat, despite its bombastic production and Kanye’s snarling delivery.

The album was Kanye’s first album post-Taylor Swift at the VMAs and it really shows. Kanye’s lyrics concern lost love, self-doubt and even the odd apology for his behaviour. Even upbeat tracks like Power and Dark Fantasy see Kanye debating whether he’s really as great as he thinks.

Fortunately, Yeezy snapped out of it, married Kim Kardashian, named his next album Yeezus and retook his throne as the most ridiculous man on the planet. Glad to have you back, Ye.

A Rush of Blood to the Head – Coldplay

Coldplay are best known for churning out inoffensive rock songs that your mum and dad enjoy, and that you enjoy while away from the judgmental eyes of your friends (spoiler: they enjoy them too). Sure, they can be glum at times but they’ll never hit the same depths of despair as Radiohead…will they?

They already have! A Rush of Blood to the Head is the album that made Coldplay global megastars, but it’s also massively downbeat. In My Place describes feeling lost and alone, while Clocks sees Chris Martin wailing about missed opportunities and the rocky God Put A Smile Upon Your Face deals with existential crises. Cheery!

Then there is The Scientist, one of the biggest pop tearjerkers ever written. Honestly, even Thom Yorke would think this one is bit moody.

Luckily, all that gloom paid off as A Rush of Blood to the Head was voted the best album of all time by Radio 2 listeners in 2013.

Now hang on a minute: everyone loves ABBA. They’re the soundtrack to wedding receptions everywhere.

Well, they shouldn’t be because Gold, the 2nd best selling album of all time in the UK, is as gloomy as they come. The album charts the gradual break-up of the  2 couples in the band through the medium of upbeat pop songs, with Knowing Me Knowing You (Alan Partridge’s favourite ABBA song) and The Winner Takes It All just 2 examples of heartbreak and hopelessness. Excuse us while we get this thing out of our eye…

Blimey, it’s all a bit too much really, isn’t it? The good news is that you can sell any of these albums with musicMagpie and make some cash for cheerful music! Click here to start selling…