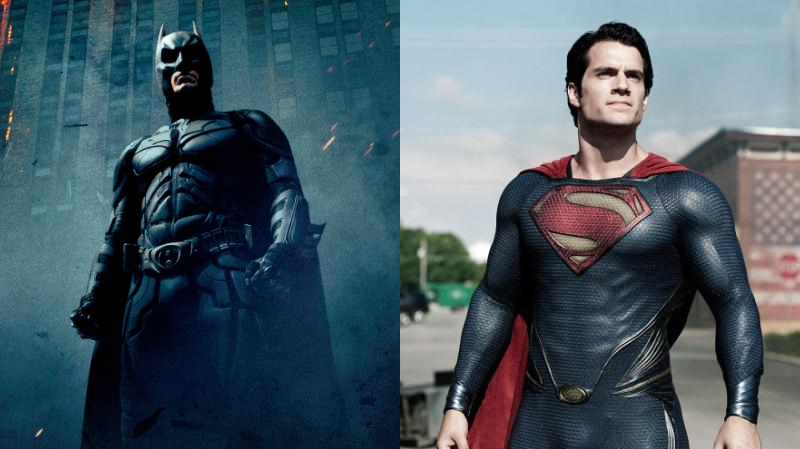 Batman vs. Superman: who will win our movie showdown?

Unless you’ve been having an extended lie-in for the past year or so, you’ll have no doubt heard that Batman – Gotham’s brooding hero with no powers but many gadgets – and Superman – Metropolis’ cheerful saviour who has just about every superpower under the sun – are going to duke it out in a film, Dawn of Justice.

The movie isn’t even out until 2016, but people are very excited already with even the tiniest of sneak peeks welcomed with joy and anger across the web.

But will Dawn of Justice actually be a good film? We’re not too sure. Both Bats and Supes have had their stinkers, but they’ve been in some classics too.

So, we decided to check out 4 films from the Batman and Superman franchises, give them all a score out of 10 and see which character has the better movies on average. It should hopefully give us some kind of insight into how good Dawn of Justice will be too…

1978’s Superman is the superhero movie that spawned all other superhero movies. Combining a light-hearted but occasionally serious tone with an all-star cast including Marlon Brando, Gene Hackman and Christopher Reeves, the Marvel movies we know and love today simply wouldn’t exist without this fantastically fun take on Supes.

1989’s Batman didn’t spawn an entire genre as Superman did, but it did help reinvent the Dark Knight. After years of camp action and Adam West, Tim Burton gave Batman a dark, gothic twist that still defines Batman to this day. Michael Keaton is many people’s favourite Batman, while Jack Nicholson, with his evil yet charming grin, was born to play the Joker.

Superman II sees the Man of Steel trying to save the world from a reawakened General Zod. The only problem is he’s lost his superpowers, and his alter-ego Clark Kent is…well, a bit of a weakling. Oh, and Lois Lane finally figures out that her boyfriend and Superman are the same bloke after years of being fooled by a pair of glasses.

Superman II is every bit as fun and enthralling as the original movie, although the humour is ramped up slightly and it all gets a bit silly at times. Still, you’ll enjoy watching it.

Meanwhile, in Batman Returns, Bruce Wayne faces off against The Penguin and Catwoman with the future of Gotham City at stake. Burton’s gothic style remains at the forefront, while Danny DeVito is terrifying as the weird half-fishbird half-man villain. It’s not quite as good as the first, but it’s a great film all the same.

Oh dear: we’ve arrived at the two movies that nearly killed their respective franchises. Superman IV is notoriously bad, with boring action scenes, a cast that don’t really seem to be that bothered about the film and a villain named Nuclear Man. The film lacks the charm and spirit of the first 2 films and is generally considered the worst Superman film of them all.

Batman and Robin, on the other hand, is easily the worst film in the Batman franchise. With Joel Schumacher now at the the helm, Batman and Robin combines the dark elements of Burton’s movies with the camp fun of the original TV series and it really doesn’t work. Batman even has rubber nipples! There is one saving grace, however: Arnold Schwarzenegger as Mr. Freeze, and his incredible array of ice-based puns.

After Superman Returns flopped, Man of Steel reboots the Superman franchise yet again. Instead of the day-glo fun of the original movies, however, Man of Steel goes ultra-serious. Clark Kent broods his way through a battle with General Zod, who’s also quite a bit nastier than he was in Superman II. The result is okay, but not amazing.

The Dark Knight is the best superhero movie ever made, bar none. The weird thing is, though, that it isn’t technically a superhero movie: it’s a crime thriller than just happens to have Batman in it (and he’s not even in it that much!). At the centre of it all is Heath Ledger as the Joker, who steals the show with a charismatic performance that outshines even Jack Nicholson.

So, after four rounds, the winner of our movie showdown is…Batman! The caped crusader’s movies scored a total of 31/50, while Supes could only manage 28/50.

Combined, the scores come to 59/100, which suggests that Dawn of Justice will be…well, disappointingly average. But don’t worry: it’s not an exact science!

If you’ve got any Superman or Batman DVDs lying around unwatched, sell them with musicMagpie!