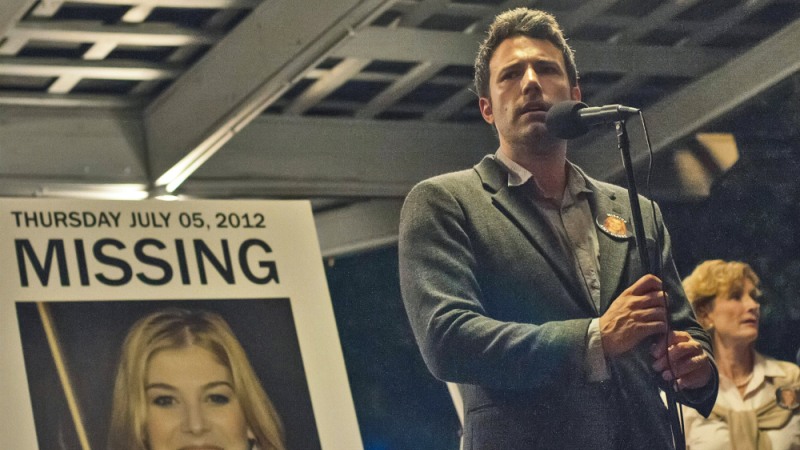 Dark nights are upon us, but don’t be sad: it means we’ve got loads more time to spend watching films, listening to music and playing games. Hooray! Here are some of the best new movies, music and games heading your way in October.

Ben Affleck and Rosamund Pike star in David Fincher’s thriller, which sees Pike’s character disappear under mysterious circumstances. Affleck plays her husband, who is also the chief suspect in her disappearance.

There have been so many versions of Dracula that you’d be forgiven for thinking there’s nothing left to tell. You’re wrong though: this prequel shows how old pointy fangs became the blood-guzzling undead charmer we all know and love (hint: it involves a lot of fighting).

Dane DeHaan stars as a young chap called Zach whose girlfriend, Beth (played by Aubrey Plaza), dies unexpectedly. Even more unexpectedly, she comes back to life, and Zach is naturally overjoyed. Until she starts eating brains, that is…

Remember that creepy doll from The Conjuring? Well, this film is all about her and the creepy stuff she does. Expect bumps in the night and a lot of startled looking people screaming endlessly.

The Maze Runner is based on a teeny-bopper book that bears more than a few similarities to Lord of the Flies (and, weirdly, the Korean revenge drama Oldboy). A young man called Thomas is dumped into a labyrinth where he meets a group of other lads who’ve established their own mini-society. He has to survive AND figure out how he got there.

One Direction: Where We Are (11th October)

We’ll just leave this one at that…

Steve Coogan stars in this uplifting tale of two young Northern lads who discover the joys of soul music. Bring your dancing shoes.

Cowabunga! Leonardo, Donatello, Raphael and Michaelangelo return to kick butt and eat pizza in this ‘gritty’ reboot of the classic original.

This is Where I Leave You (24th October)

Jason Bateman, Tina Fey, Adam Driver and Rose Byrne star in this dramedy about a dysfunctional family brought together after their father’s death.

Daniel Radcliffe stars as a boy who suddenly starts growing horns, and the ability to get people to confess their sins to him, in this Halloween horror.

Metal’s scariest masked men return with their 5th album (the clue is in the title), 6 years after their last.

Nintendo’s best characters beat seven bells out of each other in the name of fun. We’re sold.

It’s Lord of the Rings, but not as we know it. You play as a ranger called Talion, with the freedom to explore Middle-Earth and carry out quests. It’s a bit like Assassin’s Creed, basically.

Set after the events of the original Alien, Isolation locks you in the spaceship Nostromo with only a big nasty xenomorph and a rubbish motion sensor for company. Oh crumbs…

Baggy vests and sneakers at the ready, guys: it’s time to hit the court for some B-Ball action!

The Evil Within (14th October)

The latest addition to the Borderlands franchise is a prequel to the sequel, but a sequel to the original. Still with us?

The original Bayonetta is something of a cult classic and the Wii U exclusive sequel promises to be just as good. Almost good enough to buy a Wii U for…

The superstars of the WWE return for another round of grappling, melodrama and steel chairs. Bah gawd!

As you can see, there’s a lot of good stuff out this month! If you need some cash to experience it all, sell your unwanted CDs, DVDs, Games and Electronics with musicMagpie.