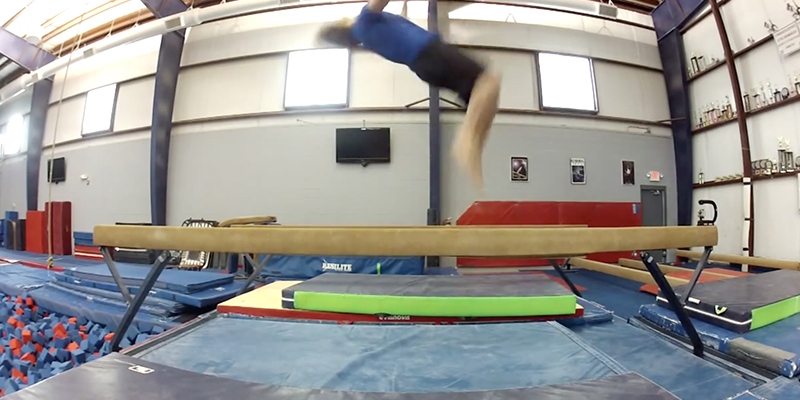 Have a laugh at our favourite fails!

Do you like watching people embarassing themselves in all kinds of ridiculous (and occasionally painful) ways? If so, you’re in for a treat.

We’ve picked a few of our favourite fails of all time, including a back flip gone horribly wrong, the worst moment of 50 Cent’s career and a wrestler running wild.

The World’s Most Painful Back Flip

A gymnast requires the grace of a cat and the physique of…well, a quite-muscly cat who walks on two legs.

Unfortunately, this man has neither, as he displays to ridiculously painful effect…

The Worst Moment of 50 Cent’s Career

50 ‘Fiddy’ Cent has been invited to throw the opening pitch at a game between the New York Mets and the Pittsburgh Pirates – it’s arguably the biggest moment in his career since that song he wrote about sweet shops. He steps up to the plate, winds back his arm and…oh. How did that even happen?!

WARNING: this video has naughty language. It’s still funny without sound though!

As stupid ideas go, this is probably the stupidest: jumping through a frozen pond in just your pants. What happens next is even funnier than we expected.

Here’s a couple enjoying all the fun of the fair. Well, one of them does anyway – the other decides to take a brief break from reality. Twice.

All The Single Ladies (Dressed As Clowns)

In this video, a woman dances around to Beyonce’s Single Ladies while dressed as a clown because…well, we’re sure you’ve done weird stuff too. Regardless, that’s not actually the funny part of this video…

Randy Orton is a professional wrestler, best known for dropping opponents with his signature RKO. Recently, though, Randy has been RKO’ing people from ‘OUT OF NOWHERE!’ in parks, streets, boats and various other locations. See the shocking footage above.

Share your favourite fails with us in the comments!

← The Surprisingly Easy Guide to Not Bending Your iPhone 6 Plus
Need a last minute Halloween costume? Try using your clutter! →