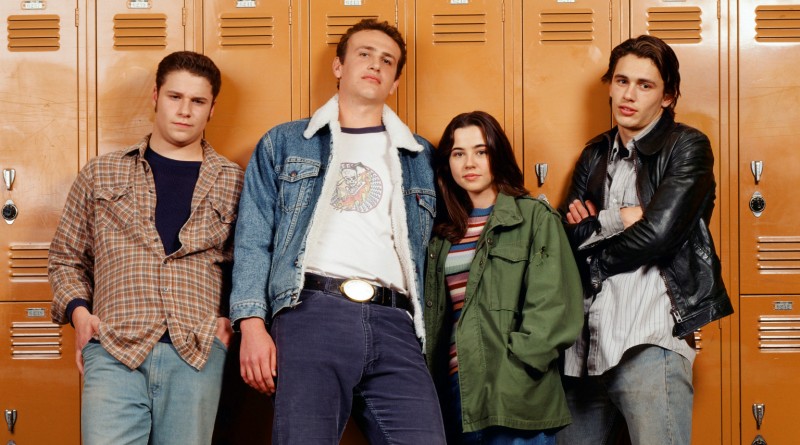 8 amazing series you can watch in a weekend

There’s nothing worse than starting a new series over a weekend and then having to wait a whole week to marathon it again.

So, we’ve put together a short list of TV series you could theoretically watch in a weekend, if you don’t mind missing out on showers, sleep, food or social interaction of any kind.

Nearly 10 years have passed since Firefly was cancelled after just a single season, yet a lot of people are still angry about it. However, its early cancellation arguably gave Firefly the cult status it enjoys today.

It also means that you can watch the entire show, which follows a ragtag band of space explorers as they try to avoid intergalatic wars and the galactic police, in a weekend. In fact, you should have enough time to watch the follw-up film Serenity too.

Before Game of Thrones, there was Rome. This BBC/HBO co-production, set during the last days of the Roman Empire, follows the same formula of sex, violence and politics that fans of Westeros enjoy so much.

At 22 episode, Rome is a bit of a mission to finish in a weekend. But hey, who needs friends or sleep?

Channel 4 recently announced that Utopia won’t return for a 3rd season. The decision caused uproar, and not just because season 2 spent so long building up to a honking cliffhanger that will never be resolved; its arguably one of the best British TV shows of the past 20 years.

Fortunately, the show, which follows a group of comic book nerds who uncover a global conspiracy against humanity as we know it, is still brilliant despite the main plot never reaching a conclusion.

With just 10 episodes, you should be able to watch Steven Spielberg’s tear-jerking tale of Easy Company’s experiences in World War 2 in a day. It’s a seriously emotional rollercoaster, though, so you may want to allow some time for crying breaks.

More war, although Generation Kill is considerably less inspirational than Band of Brothers. Following a Rolling Stone journalist embedded with a Marine unit during the Iraq War, Generation Kill is a realistic and weighty portrait of modern military life from the creators of The Wire.

Another show that missed out on the golden age of television by a couple of years, Carnivale is a vastly underrated series that bears a resemblance to American Horror Story.

The show follows a young man who joins a travelling carnival, full of mysterious characters with supernatural powers. The young man possesses the power to heal and raise the dead, which leads to an almighty power struggle between good and evil.

Garth Marenghi’s Darkplace was largely ignored when it was first broadcast in 2004, and it’s no surprise really: it’s a show about a fictional TV show characterised by terrible acting, poor dubbing and the occasional musical interlude.

Set in a hospital built on the mouth of Hell (which is in Romford, apparently), Darkplace is the brainchild of fictional horror author/visionary/dreamweaver/actor Garth Marenghi. Each episode follows Dr. Rick Dagless and his colleagues as they battle various demons while trying to run a hospital, with Marenghi and his fellow actors (including the brilliant Dean Lerner, played by Richard Ayoade) providing a running commentary.

It sounds weird, and it is, but it’s also hilarious and well worth a mere 3 hours of your time.

Freaks and Geeks follows two groups of high schoolers as they try to navigate the treacherous waters of teenage life. Although it was cancelled after just one season, the show launched the careers of, among others, Seth Rogen, James Franco and Jason Segel. At 18 episodes, you should be able to cram it in over a weekend.

Need some cash to buy any of the shows in this post? Sell your boxsets with musicMagpie! Just click below to get started.