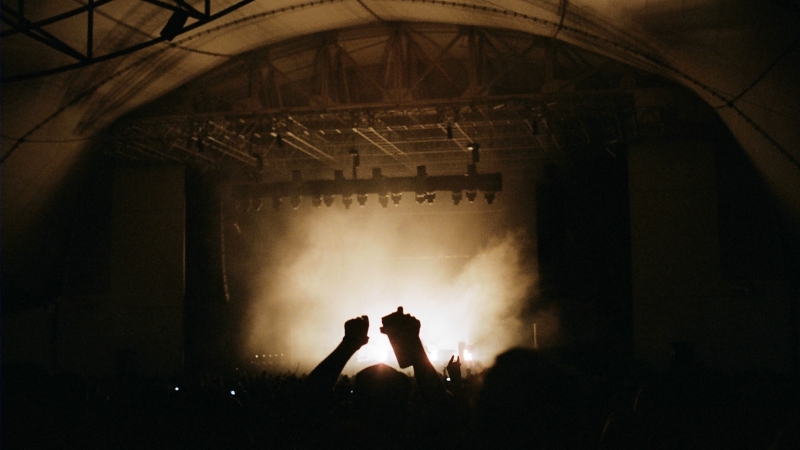 The Surprisingly Easy Guide to the Festivals So Far

Festival season is almost upon us, with more gatherings and parties than you can shake a battered old wristband at.

For those who haven’t decided which festival to go to, we’ve put together this UK festival guide (with apologies to the 100s of smaller festivals we didn’t have space for)!

(Top tip: this post is really long, so use Ctrl + F to find your preferred festivals!)

Headliners: The Vaccines, The Flaming Lips, Belle and Sebastian

Other acts: Everything Everything, Swans, The Cribs, Peace

Check out the rest of the Liverpool Sound City line-up

Liverpool’s Docklands plays host to 3 days of amazing music from some of the world’s best bands. This isn’t a camping festival, so make sure you book accommodation well in advance.

Other acts: Paolo Nutini, You Me At Six, Courteeners, James

Hop on a ferry and enjoy a trip to the merry Isle of Wight! Blur, Fleetwood Mac and The Black Keys (who cancelled their UK tour earlier this year) are worth the trip alone.

The UK’s biggest rock festival has a monster line-up this year, with Slipknot, Muse and the mighty Kiss headlining. Motley Crue are playing their last ever UK show too!

Check out the rest of the Latitude line-up

Latitude returns with another strong line-up, including loads of great stand-up too; Jon Richardson, Jack Dee and Jason Manford are among the comedians performing.

Headliners: The Strokes, Blur, Kylie, The Who, Taylor Swift

Check out the rest of the British Summer Time line-up

It’s not a festival per se, but BST boasts some of the biggest line-ups of the year. The Strokes, Taylor Swift, The Who and Kylie Minogue are all headlining over the course of two weekends.

Other acts: Lionel Richie, Florence + The Machine, Pharrell, Motorhead, The Chemical Brothers…more than we can list in a single post, to be honest.

Check out the rest of the Glastonbury line-up

The grandaddy of them all returns with its most controversial headliner to date: Kanye West. The Foo Fighters should be more than enough to appease rock fans, though, and Lionel Richie is likely to draw in Parton-esque crowds.

Check out the the rest of the Wireless Festival line-up

Fresh from nearly getting his face eaten off by Madonna, Drake will hopefully have recovered enough to put in a barnstorming performance. Nicki Minaj and A$AP Rocky should make the journey worth it too.

Other acts: David Guetta, The Libertines, The Prodigy, Sam Smith, The Script

Scotland’s biggest festival never disappoints, with an eclectic mix of artists to please most tastes. Plus, it’s held in a really nice castle!

Check out the rest of the Lovebox line-up

Victoria Park goes all 90s hip-hop with Snoop Doggy Dogg and Cypress Hill the big names at Lovebox, although most people will probably have Uptown Funk stuck in their head all weekend after Mark Ronson’s DJ set. Curse that song!

Other acts: Catfish and the Bottlemen, Clean Bandit, The Darkness, De La Soul

Check out the rest of the Boardmasters line-up

Check out the rest of the Wilderness line-up

Perhaps the most relaxed festival of them all, Wilderness is playing host to all manner of lovely, lovely folk. We’re most excited for funk legends Parliament, though.

Check out the rest of the Bloodstock line-up

The festival for people who find Download a bit too relaxing. Burst eardrums and sore necks are guaranteed.

Check out the rest of the Green Man line-up

Set against the beautiful Brecon Beacons, Green Man is a laidback affair. Well, until Mark E. Smith gets on stage…

Check out the rest of the V Festival line-up

Pop’s best festival is back, now with added Tom Jones. The kind of festival your mum wouldn’t mind coming along to (if only to see that lovely Olly Murs off the telly).

Check out the rest of the Creamfields line-up

Three days of out-and-out raving. You’ll probably lose a couple of stone from all the dancing.

Check out the rest of the Reading and Leeds line-up

Perhaps the oddest line-up of the year, but one of the best regardless. Bring a red NY Yankees cap along for Limp Bizkit’s set.

Loads of indie darlings, all in one place. Future Islands, and the unrivalled dance skills of frontman Sam T Herring, are likely to be a highlight.

Check out the rest of the Bestival line-up

Bid farewell to the festival season with Rob da Bank’s Bestival. Bring a rolled up blazer and a couple of cans of hairspray for Duran Duran.

What festival are you attending this year? Let us know in the comments or on Facebook or Twitter.

If you need a bit of extra cash for festival tickets, why not sell CDs with musicMagpie? Just click below to get started!