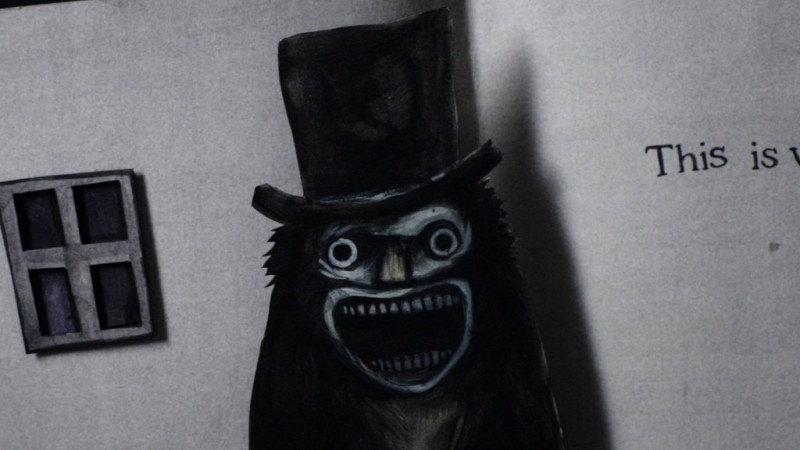 Friday Five: The Scariest Films of the Past 5 Years

Horror movies have been making people sleep with the light on for over 100 years now, with all manner of ghouls, monsters and killers terrorising our screens.

Amazingly, the horror genre is still finding new ways to scare the living daylights out of us. Here are five of the scariest films of the past 5 years.

Tinky Winky. Iggle Piggle. The Boohbahs. History is littered with terrifying children’s characters, but none are quite as terrifying as The Babadook.

The Babadook (who looks a bit like Papa Lazarou from The League of Gentlemen) is the ‘star’ of a children’s book discovered by a troubled child when he and his mother move into a new home.

Unfortunately, it soon becomes clear that the Babadook is more than a creepy drawing. He begins terrorising the family, driving the mother into the depths of insanity and despair.

The Babadook is terrifying on so many levels, from the disturbing croak of the main monster to the analogies for our own fears and anxieties. It’s a highly original take on the monster movie that you’ll never forget.

Especially when you put the light off at night.

It’s a truth universally acknowledged that sleeping with lots of people will occasionally lead to a nasty infection.

In It Follows, however, sleeping with lots of people leads to a relentless murderous force pursuing you at all times. If it catches you, you die.

It’s a bit like a scarier version of the educational films you’d watch in a sex ed class. There’s a twist in the tale, though; sleeping with someone else passes the curse on.

It Follows is one of the most original horror movies in years, a twisted morality tale that is a metaphor for our society and times.

Now, if you’ll excuse me, I’m off to put on a chastity belt.

Buy It Follows on DVD

Rule one of horror movies: going into the woods is always a bad idea.

If only the family at the centre of The Witch knew. After being cast out of their 17th Puritan community, they decide to set up home slap bang in the middle of a creepy forest.

Sure enough, bad things start happening. When their youngest child goes missing, the family begin to suspect some occult goings-on and are engulfed by paranoia and fear.

Unlike a lot of a modern horror, The Witch is a slow burner that cranks up the dread and menace to near unbearable levels. It’s like a nightmare playing out before your awakened eyes.

Made for the princely sum of $1 million dollars, which is more or less a quid in Hollywood terms, You’re Next is an arthouse home invasion horror in which a gang of masked men break into the home of a wealthy family… only to find that one of the family is just as twisted as they are.

You’re Next is inspired by the likes of Scream and The Evil Dead, which means there are some pitch black laughs to be had as heads begin to roll and the blood begins to flow. And there is a lot of blood.

If you like your horror slightly tongue in cheek but with more gore than an explosion at a fake blood factory, You’re Next will be right up your street.

The Conjuring is a movie that seems out of place in the modern era, sharing more in common with the haunted house movies of the 70s than contemporary horror.

Maybe that’s because it’s based on a real life case by actual paranormal investigators Ed and Lorraine Warren, who you may remember from such spooky occurances like Amityville and the Enfield Poltergeist.

This time, Ed and Lorraine visit a family being terrorised by a poltergeist with a thing for slamming doors and grabbing people (which is pretty much all poltergeists, the mischievous devils).

Although the plot of The Conjuring is familiar, director James Wan does such a good job of staging and pacing the scares that you can’t help but feel a little spooked out.

What is your favourite horror movie of the past five years? Let us know in the comments.

You can find 1000s of horror movies on the musicMagpie Store. Prices start from just £1.19 and you’ll get FREE delivery on all orders!

You can also sell horror DVDs with us too. Just get an instant price, send them to us for FREE and we’ll pay you the same day they arrive.

Horror Movies, It Follows, Movies, The Babadook, The Conjuring, The Witch, You're Next

← Win The Bourne Collection on Blu-Ray + 10 facts you might not know about the movies!
15 action movies you need to watch before you die →