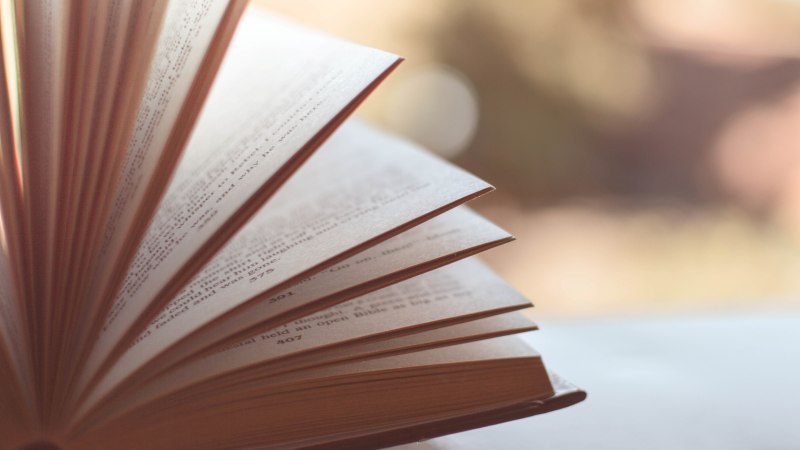 There are two kinds of people: those who think books are always better than the films they inspire, and those that watch the film so they don’t need to read the book.

Sometimes, however, a book and a film can offer very different versions of the same story. Here are a few books worth reading even if you’ve seen the film!

Stanley Kubrick’s classic tale of ultraviolence and Beethoven-obsessed hoodlums is a powerful statement on crime, punishment and the importance of free will… although it’s not the statement author Anthony Burgess originally wanted to make.

Kubrick’s adaptation omits the final chapter of Burgess’ novella, changing the tone and message of the story entirely. To avoid spoilers, let’s just say Burgess is a lot more optimistic about little Alex’s future than Kubrick.

Removing the final chapter wasn’t entirely Kubrick’s decision though. Feeling the book’s conclusion was too uplifting, Burgess’ US publishers chose to cut chapter 21 and end on an altogether bleaker note.

Burgess wasn’t too happy about this decision and eventually disowned both Kubrick’s film and his own novel. Blimey.

Buy A Clockwork Orange on DVD

I Am Legend follows Doctor Robert Neville as he searches for a cure to a vampire plague that has already claimed most of the world’s population. In the film, Neville is played by Will Smith, who sadly stopped rapping the theme tunes to his films by this point thus depriving us all of a vampire-rap epic.

Unlike A Clockwork Orange, the team behind I Am Legend the film decided to give the story a happy ending. Richard Matheson’s original conclusion is much darker and much more thought-provoking too.

Buy I Am Legend by Richard Matheson

Buy I Am Legend on DVD

For a film about a mass-murdering psychopath, the film adaptation of American Psycho isn’t that violent. Sure, someone gets killed with an axe and a starkers Christian Bale runs around screaming with a chainsaw, but it’s tame compared to most modern horror.

The book, on the other hand, is one of the most violent, disturbing novels ever written. To hammer home his savage take on the emptiness of consumerism, Bret Easton Ellis describes Patrick Bateman’s crimes in excruciating and horrendously gory detail.

Unsurprisingly, the book was hugely controversial. Simon and Schuster, the original publishers, dropped it 3 months before its release, while various groups campaigned to get it banned entirely. Ironically, one of the loudest protesters was Christian Bale’s step-mum, Gloria Steinham.

It’s well worth a read, although we’d recommend keeping a bucket handy for the more graphic passages…

Imagine writing a book, then one of the world’s greatest directors adapting that book into a movie pretty much everyone loves… except for you.

Even though it’s one of the best horror movies ever made, Stephen King famously hates Stanley Kubrick’s version of The Shining.

Among King’s many beefs with the film is Kubrick not making it clear that Jack Torrance was possessed by evil spirits lurking in the Overlook Hotel, turning Jack’s wife into a screaming one-note character and generally making the characters “too cold”.

Nevertheless, both versions are well worth checking out.

The book version of World War Z is a documentary-style exploration of a zombie apocalypse ten years after it happened, diving into the political, social, military and personal repercussions of half the world turning into mindless brain-munchers.

It would make a fantastic faux-documentary, which is why Hollywood decided to…erm, turn it into an action film with Brad Pitt dodging corpses who can climb on each other to form mega-structures and leap like tigers.

It’s not that the film version of World War Z  is bad. It’s just completely different. Zombie fans should really check out both.

As well as everything you see in the film, novel Forrest – who is 6.6inches tall and has a pretty foul mouth – becomes a stuntman, a professional wrestler (stage name: The Dunce. We’re not kidding), and joins a band.

Oh, and he also goes to space, gets stranded on an island full of cannibals and befriends an orangutan named Sue.

The Road is one of the bleakest films of recent years, following a father and son as they try to survive in a post-apocalyptic wasteland.

The film doesn’t differ that greatly from Cormac McCarthy’s original novel, although McCarthy’s sparse prose (he doesn’t use any punctuation apart from the comma) somehow makes the family’s journey through a dead world even more bleak than it is on screen.

Although it’s hardly an uplifting or life-affirming read, The Road is a novel you won’t forget quickly.

Buy The Road by Cormac McCarthy

Buy The Road on DVD

The Hitchhiker’s Guide to the Galaxy

Douglas Adams’ sci-fi classic is an absurd classic, following a normal bloke named Arthur who is abducted by aliens just as the world is demolished to make way for an intergalactic highway.

Although the film is pretty good, a lot of Adams’ trademark humour and wit is lost in translation. For the proper, hilarious Hitchhiker’s experience, read the original novel (and its sequels).

Buy The Hitchhiker’s Guide to the Galaxy by Douglas Adams

Buy The Hitchhiker’s Guide to the Galaxy on DVD

The Unbearable Lightness of Being – Milan Kundera

The Unbearable Lightness of Being is a romantic novel following four people in Czechoslovakia, although author Milan Kundera frequently interrupts the narrative with lengthy philosophical musings and meditations on mid-20th century Eastern European politics. Chapter 2, for example, explores Nietzsche’s concept of eternal return and its implications for the average person.

If you haven’t guessed that, this is a weighty book that couldn’t obviously be adapted to film… so someone had a go, of course. The film version of The Unbearable Lightness of Being strips back most of Kundera’s philosophy lectures and instead focuses on the central love triangle. It’s a good film, but nowhere near as original or thought-provoking as Kundera’s  book.

Buy The Unbearable Lightness of Being by Milan Kundera

Buy The Unbearable Lightness of Being on DVD

Looking for something to read? Shop from a huge range of books on the musicMagpie Store!

Or, if you need to make some space on your shelves, sell books for cash with musicMagpie! Just get an instant price, send them for FREE and we’ll pay you the same day they arrive.