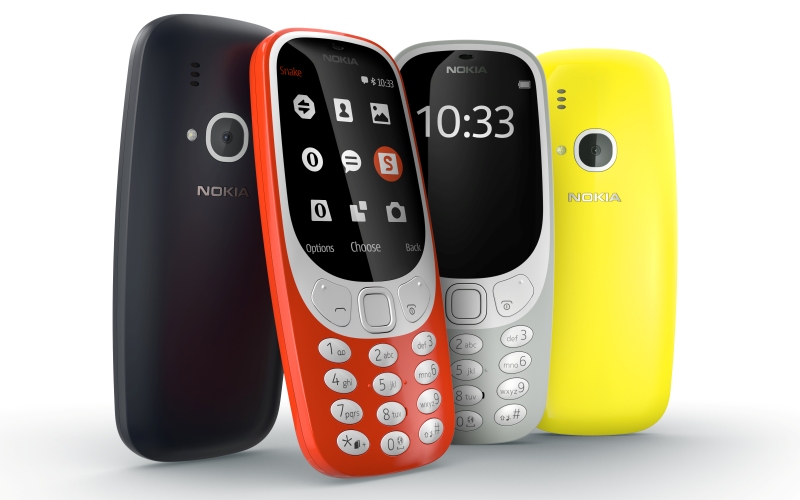 Retro phone fans, rejoice: Nokia have unveiled an updated version of the much loved 3310 at Mobile World Congress.

This dedication to nostalgia extends to the lack of Wi-Fi or even 3G. If you want to talk to people, you’ll have to text or *gasp* call them!

Most importantly, Snake is back… although it’s a little different to how you remember, with our beloved block hero now an actual proper snake that moves like, well, a snake rather than an articulated lorry on a series of precisely 90 degree roads.

Nokia have included a few modern updates though. The colour screen is bigger than the original 3310’s, while the phone itself is around half the thickness. It also has a microUSB port, a headphones socket (take that, iPhone 7) and a suitably archaic 2 megapixel camera.

That’s about as modern as the new 3310 gets though. This is a proudly ‘dumb phone’ aimed at nostalgic and/or practical people. And at just £42, it could be a surprise hit.

← The Sun finds musicMagpie pays more for iPhones!
All the big news from Apple WWDC 2017 →