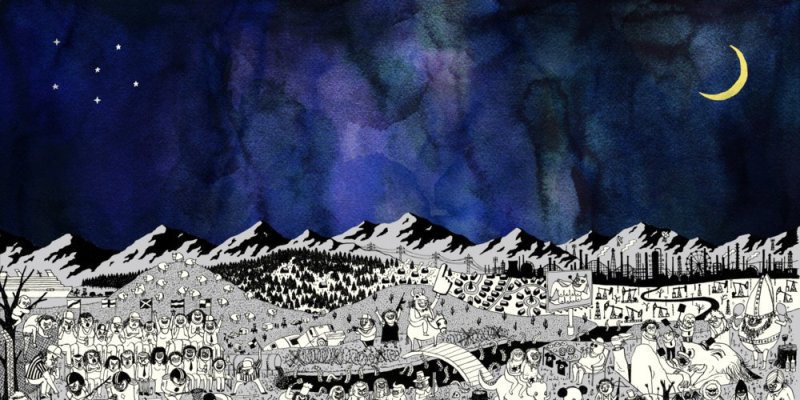 Father John Misty, a.k.a Josh Tillman, has almost a mythical presence in the world of music right now, and his latest album only enhances the mystery and intrigue.

Pure Comedy feels like a perfect evolution from what we have already seen from Tillman, as the indie/alternative genre breeds more meaning and machination back into music. His eclectic and compelling character makes it almost impossible to second guess what he’ll create next.

The soul, sarcasm and self-loathing that fuelled his 2015 album I Love You, Honeybear is still here, along with his nature to criticise, but his own sense of masculinity and experience in relationships are no longer the focus. The introspective base to his lyricism is flipped outwards, calling to attention everything that seems to be wrong with the rest of the world.

The running theme to Pure Comedy seems to be a very pessimistic assessment of Western society, as Tillman presents a dystopian future in a global crisis, laid out to be not so far from our own fate. Ruled by McDonald’s and Donald Trump, Tillman’s music laughs at all the possibilities and potential for things to just go, well… wrong.

No song captures this better than Total Entertainment Forever, a flawless rant that provides all of the promised ‘comedy’ in the album in a music video featuring Macauley Culkin as Kurt Cobain in a papier mache America. Tillman casually mocks that this future “isn’t bad for a race of demented monkeys, from a cave to a city to a permanent party.”  If this cynicism wasn’t crooned by his romantic tones, it would be slightly depressing. The up-tempo piano and guitars disguise the brutal message to the track, making easy listening out of difficult topics, and an album that can be enjoyed by anyone- with or without a political agenda.

So as not to seem overtly preachy, as his self-appointed title as ‘Father’ would allow, at many points Tillman undermines himself as just “another white guy in 2017, who takes himself so goddamn seriously.” He even contradicts the religious connotations of his stage title, boldly broadcasting his feelings about faith, man and the “ sacred texts/Written by woman-hating epileptics.”

That being said, the whole album does not carry a judgmental or accusatory feel. The controversial cultural commentation is turned down a notch after the third track on the album Things It Would Have Been Helpful to Know Before the Revolution,  which features falsettos with a much more typical ‘Father John’ feel. Still playing a part in the album’s narrative, it proposes a less frightening world where the system has been overthrown, and the dystopia of Total Entertainment Forever has been prevented. It blends smoothly into the following tracks Ballad of the Dying Man and Birdie until the characterized self-ridicule returns in a flawless 13 minute epic, Leaving LA. Subtexts and lyrical analysis aside, there is something a little more luxurious about this track, as his vocal is backed only by beautiful violin instrumentation.

If the ideas that underpin this album intrigue you, Tillman has released a lengthy explanation of the narrative to accompany the album that may be worth a read. He starts by quoting from Ecclesiastes, one of the 24 books in the Hebrew Bible, and finishes with the exhausted declaration, “Bears, man.” It is safe to say the 2,000 word epic is not for the faint of heart.

If the thought of homework to your music doesn’t appeal, I would still strongly recommend giving “Pure Comedy” a listen, because the songs at surface still have a feeling of luxury and jazz that only Father John Misty can achieve, and very different from anything you would typically expect from the folk or even indie/alternative genres.

← Buying a Record Player: A Beginner’s Guide
What is the most expensive album ever made? →