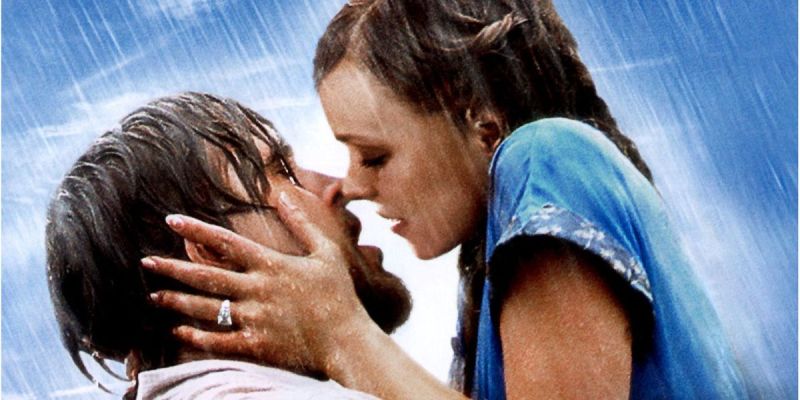 Valentine’s Day is just over a week away, which means you probably know by now whether you’re going to spend it having an overpriced meal with a loved one (or at least a potential loved one) or sitting at home trying to think about anything but stupid Valentine’s Day.

One way to avoid the horrors of Valentine’s Day as a singleton is to lose yourself in a good film. Unfortunately, this can be a bit of a minefield; stick on a romcom, for example, and you could end up just reminding yourself that you’re alone while other people are out feeding each other chocolate and whatever else happy couples do.

That’s why we’ve compiled this definitive list of 8 films to avoid this, and all, Valentine’s Day. We’ve also included a handy ‘tears per minute’ calculation so you know just how awful each film will make you feel – you’re welcome.

10 Things I Hate About You

To be fair, this modern update of Shakespeare’s The Taming of the Shrew is pretty entertaining and it has a stellar cast (including Julia Stiles, Joseph Gordon-Levitt and Heath Ledger) too.

500 Days of Summer is perhaps the greatest advertisement for not asking that person you like out. Greeting card writer Tom (Joseph Gordon-Levitt) falls in love with Summer (Zooey Deschanel) and the two eventually embark on a relationship… only for Summer to dump Tom out of the blue.

Tom spends the rest of the movie wondering where everything went wrong and dreaming up various scenarios in which Summer still loves him. If someone you were really into has ever dumped you, this film hits hard (although it does have a great song-and-dance sequence).

After splitting up, Gary (Vaughn) and Brooke (Aniston) refuse to leave their apartment, leading them to literally split it in half with tape and indulge in their worst behaviour to antagonise the other.

Although it’s a comedy, The Break Up perfectly captures the petty, vindictive side of a break up. It’s funny but a little too real for comfort – although it might make you reconsider sending your ex that mean text you’ve had in drafts for the past week.

Can men and women really be friends? That’s the question that drives When Harry Met Sally, with the title characters have a particularly in-depth debate on a car ride from Chicago to New York.

Ten years later, the pair meet again and struggle with their feelings for each other although *spoilers* things eventually work out for the pair. While some may find that heartwarming, this is a difficult watch if you’ve ever had a platonic friendship that didn’t work out (or you just hate happy endings).

Sometimes all you want to do after a break-up is forget about the other person entirely. In Eternal Sunshine of the Spotless Mind, Joel (Jim Carrey) and Clementine (Kate Winslet) have the opportunity to do just that thanks to a revolutionary new procedure that erases selected memories.

However, Joel has second thoughts mid-procedure and desperately tries to cling onto his memories of Clementine even as they literally crumble around him.

Eternal Sunshine is one of the best films of the 2000s but its tough going. Best give it a swerve…

Any Hugh Grant romcom is generally best avoided when you’re single, but Notting Hill throws a one-two punch by having our Hugh fall in love with an impossibly beautiful and incredibly successful actress (Julia Roberts) who just happens to waltz into his bookshop.

Let’s be honest: the chances of your favourite movie star walking into your place of work and sweeping you off your feet are pretty much zero. No-one needs to be reminded of that, especially on Valentine’s Day.

Reasons not to watch The Notebook this Valentine’s Day:

1. Ryan Gosling and Rachel McAdams are a ridiculously good-looking couple and you’ll feel insanely jealous.
2. It’s incredibly sad and you’ll end up crying alone with no-one to turn to.
3. You probably watched it with an ex because every couple is obliged to watch The Notebook together at least once.

Now come on; why would you even consider doing this to yourself? There are at least seven scenes which will make you cry like a baby in Titanic; if the old couple cuddling as the ship sinks doesn’t make you blub, Jack and Rose slowly freezing to death while declaring their love for each other definitely will.

What films do you avoid on Valentine’s Day? Let us know in the comments!

Whatever your relationship status, you’re bound to find something to watch this Valentine’s Day on the musicMagpie Store. There are thousands of DVDs and Blu-Rays to choose from, all from just £1.09 with FREE delivery. Why wouldn’t you?

← Which film will win the Golden Bear at the Berlin International Film Festival 2018?
What is the most expensive movie ever made? →