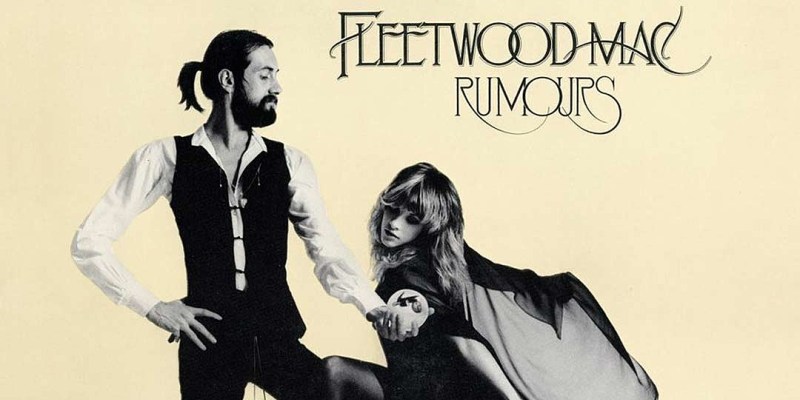 Rock music made in the 1970s deserves the recognition of being classic. Whilst we’d rather ignore the fact that some of these immense albums are more than 40 years old, they should be celebrated and played at full volume all these years on! If you like your rock music, you need these in your collection…

It would be criminal to create a list of the best rock albums of the ‘70s and not include an album that is massively popular even today. The impact of Fleetwood Mac’s Rumours was, and is still huge!

The difficult relationships amongst the band members helped to shape the lyrics and music in this complete gem.

It is often considered one of the best albums of all time, not just the glittering decade of the 1970s. and has sold 40 million copies.

The late, great David Bowie made one of the true standout albums of the decade with The Rise and Fall of Ziggy Stardust and the Spiders from Mars.

Released in 1972, just a year after Hunky Dory, the concept album grasped the masses. Bowie’s alter ego Ziggy Stardust was a true rock star; androgynous and bisexual and oh, so interesting.

The album is shy of 40 minutes long but packed full of classics including Starman, Suffragette City and Rock n Roll Suicide. It’s gone on to sell more than 7.5 million copies.

Electric Warrior by T. Rex was the best-selling album of 1971 and is considered a pivotal release in the glam rock movement – any glam rock fans will instantly recognise frontman Marc Bolan.

Tony Visconti produced the classic that contains big tracks like Cosmic Dancer, Get It On and Jeepster.

The Wall just made the cut off point for the end of the decade, released in November 1979. The 1970s went out with a bang with this concept album, which is one of the band’s most successful ever.

It topped charts across the world – including Australia, Sweden and the US. In America, the album has been certified 23x platinum.

Damn the Torpedoes – Tom Petty and the Heartbreakers

Tom Petty and the Heartbreakers’ third album, 1979’s Damn the Torpedoes was their true breakthrough record.

Produced by Jimmy Iovine, the album reached number 2 on the Billboard albums chart – beaten to the top spot by Pink Floyd’s The Wall.

Rolling Stone gifted it with a five-star review, and Tom Petty gifted the world with singles Don’t Do Me Like That, Refugee and Here Comes My Girl.

The term “here for a good time, not a long time” couldn’t ring truer with punk outfit The Sex Pistols. Whilst their time as a group produced just four singles and one studio album, they made one of the standout albums of all time.

The cover art represented the band well; it was loud, it grabbed your attention and is easily recognisable as punk. It grabbed the top spot in the album charts in 1977, and is certified platinum in the UK.

You’ll recognise the cover, and you might even know all of the songs inside out. Ramones self-titled debut album took the world by storm in 1976. It only took 7 days to record and the band didn’t enjoy much commercial success initially. But the impact felt by the album is colossal, and has gone on to influence a whole heap of bands.

Every single song on this album has been covered at some point and the album art has been parodied too. It’s stood the test of time and will continue to do so.

Second album syndrome definitely didn’t hit Black Sabbath in 1970, going back into the studio just four months after their debut album was released.

Lead single Paranoid would go on to be one of the band’s most recognisable, and the album was hugely influential in the development of heavy metal. It was certified gold in the UK, and Rolling Stone called it the greatest metal album ever in 2017.

Whilst Led Zeppelin’s fourth item is technically untitled, it was named Led Zeppelin IV for commercial purposes – good thing as it was such a success.

The 1971 album contained Zeppelin’s biggest song, and an instantly recognisable riff in Stairway to Heaven. To date it’s sold more than 37 million copies, and has also been 23x platinum certified in America.

The Clash’s third album is an amalgamation of rock, ska, punk and reggae, creating one of the biggest albums of the decade. It covers ground on some hard-hitting topics of unemployment, use of drugs and racial conflict. The album made the top ten in the charts, and lead single London Calling was a top 20 hit.

Has this list whetted your appetite for hair-raising 70s rock? Check out all of these albums, and much more, on the musicMagpie store with FREE delivery! Buy CDs today – why wouldn’t you?