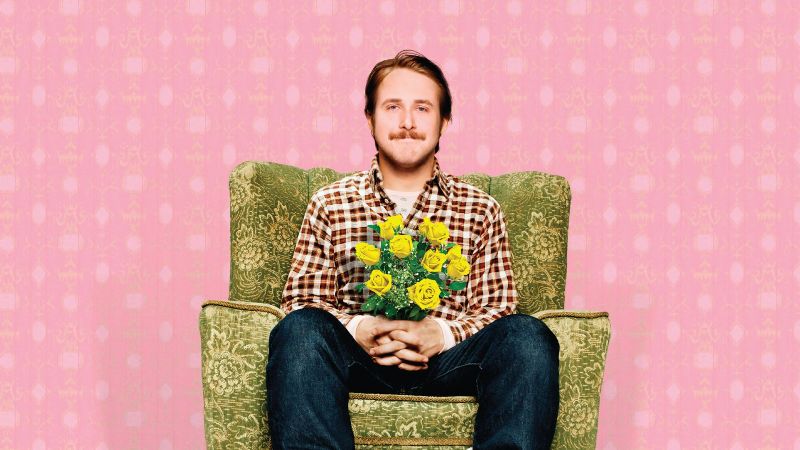 Sex Tape is released this week and it’s fair to say it’s not your traditional romantic comedy. Jason Segel and Cameron Diaz tear around desperately trying to destroy iPads which contain copies of a naughty film they made, which shows the couple carrying out every single position in ‘The Joy of Sex’. It’s not exactly Notting Hill.

It’s not the only non-traditional rom-com to be released recently though. Here are some of our favourites (spoiler: there are no Matthew McConoughey films in this post)…

Shaun of the Dead might not seem like the most obvious rom-com in the world, but it’s arguably closer to your standard rom-com fare than it is to George A. Romero’s classic zombie films. How so? Glad you asked… [SPOILERS AHEAD, by the way]

Shaun and Liz are a couple in trouble; Shaun is irresponsible and lazy, and unable to communicate romantically, so Liz decides to end things. Suddenly, a ‘wacky’ event brings them together. Through this wacky event, they realise they love each other and live happily ever after. They even get a pet (well, a zombie)!

It’s basically every romantic comedy movie ever, but with zombies. That’s unquestionable proof that zombies make everything better.

Lars and the Real Girl

Ladies’ favourite Ryan Gosling stars as a romantic-type who romances a girl – so far, so standard. Except Gos isn’t quite as good looking as he normally is, having grown a weird little mustache. Also, the girl is a life-size sex doll that he believes is real.

It sounds like the set-up for a full-on gross-out comedy, but Lars and the Real Girl is actually quite a sweet film dealing with loneliness and importance of acceptance – and how to converse with dead-eyed silicone dolls properly.

Continuing the theme of well-respected actors falling in love with inanimate object, Her sees Joaquin Pheonix fall in love with his phone.

In the future, it’s possible people will look back on this film and laugh at a time people didn’t fall in love with their phones.

Robots need love too, and poor little Wall-E finally finds it when EVE, a high-tech flying machine, comes down to a rubbish-strewn Earth.

Like Shaun of the Dead, Wall-E hides its romantic comedy leanings beneath a vast space adventure that puts the fate of the human race at risk, but that scene where Wall-E and EVE fly around is easily one of the sweetest in recent years.

Jim Carrey is a rubber-faced depressive who meets a lovely girl who makes him feel warm and fuzzy inside.

The only problem is he’s actually met her before, and been in love with her too. And it was so bad that both of them ended up getting their memories erased.

Eternal Sunshine combines elements of sci-fi, fantasy and horror to create possibly the most inventive rom-com of all time.

Another Pixar movie, although this one is less obviously a romantic comedy due to the fact one half of the couple makes a swift (and sad) exit after 10 minutes.

However, Carl’s wife Ellie doesn’t actually leave – she’s just represented by a house instead. Once you think about it that way, all of the rom-com standards fall into place: the crazy adventure, the ups and downs, the conflicts and so on.

The only difference is that Up has a bittersweet ending which sees Carl moving on from his lifelong love by fulfilling their life’s ambition. Sorry, we’ve got something in our eye.

What is your favourite alternative romantic comedy? Let us know in the comments.

And remember, romantic comedy or not, you can sell DVDs with musicMagpie!