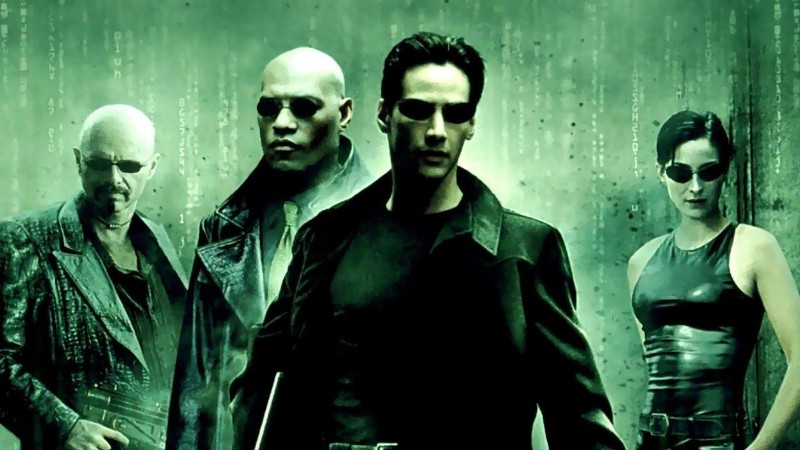 A couple of weeks ago, it was announced that Neill Blomkamp, director of District 9 and Chappie, will be making the 5th Alien film.

It seems like a match made in heaven. There hasn’t been a good Alien film for nigh-on 20 years, but Blomkamp is clearly a massive fan of the series; his project was greenlit after he posted speculative concept art on Instagram.

With X-Men and Planet of the Apes also being revived to great acclaim in recent years, are we about to enter the golden age of the reboot? Here are some more films we’d like to see brought back.

The Matrix trilogy is the definition of unfulfilled potential. After an almost-impossibly cool first film, the trilogy got weirder and weirder until no-one really knew what was going on anymore. We think there was vampires at some point…?

Anyway, we have the perfect chance to rewrite history: scrap the second two films and reboot the franchise from the first film. And we think we know just the guy to oversee the project…

The director: Christopher Nolan. Who else? With Inception and Interstellar under his belt, Nolan is the king of big budget sci-fi. He’s directed a pretty good trilogy of his own, too.

Marvel are bringing most of their characters to the big screen, so why not give The Punisher another try?

Alright, so his main ‘superpowers’ are torture and murder (which doesn’t really fit the tone of the current Marvel universe) but there’s no reason Marvel can’t make a movie aimed at an older audience. Get Ryan Gosling in as The Punisher and make a hyper-violent action film like Drive.

And if they really need to get The Punisher involved in the Avengers storyline, they could always make him a baddie and adapt The Punisher Kills The Marvel Universe comics.

The director: If its going to be like Drive, then we need Nicolas Winding Refn. He might be a bit too leftfield for Marvel though, so we’d settle for Gareth Evans of The Raid.

The Street Fighter movie is legendarily terrible (barring a brilliant performance from the late Raul Julia), with Jean-Claude Van Damme and Kylie Minogue’s attempts at capturing the brilliance of the arcade game  almost killing the franchise altogether.

However, the popularity of retro gaming and big ensemble movies means the time is right for another bite at the cherry. We’ll just forget about 2009’s The Legend of Chun-Li, the last attempt to reboot Street Fighter…

The director: A bit of a wildcard pick, but we reckon Edgar Wright would be perfect. He has the geek credentials and, with Scott Pilgrim vs. The World, he captured the joy of fighting games perfectly.

Godzilla. Cloverfield. The Sharknado. Movie monsters are as popular as ever, so why not try and bring back the best of them all?

Admittedly, trying to reboot Jaws would be like entering shark infested waters wearing Lady Gaga’s meat dress but its worth a shot. Shoot it in a ‘found footage’ style and you’re almost bound to sell tickets.

The director: Matt Reeves of Cloverfield and Dawn of the Planet of the Apes. He has big monster and reboot experience.

With the success of 22 Jump Street, the door is wide open for a buddy cop movie revival.

Mel Gibson and Danny Glover probably won’t want to reprise their roles, so we propose promoting Chris Rock (who was in Lethal Weapon 4) to the Murtagh-style role and bringing in Bradley Cooper, an actor who captures Gibson’s mix of brawn and mania perfectly, as a new version of Riggs. We can smell the cash already!

The director: Step forward Quentin Tarantino. We’re serious! His snappy dialogue and eye for a decent action setpiece makes him the ideal choice.

What film franchises would you like to see rebooted? Share your thoughts with us in the comments!

And if you’re planning on cleaning up your movie collection, sell your DVDs with musicMagpie. Just click the button below to get started.