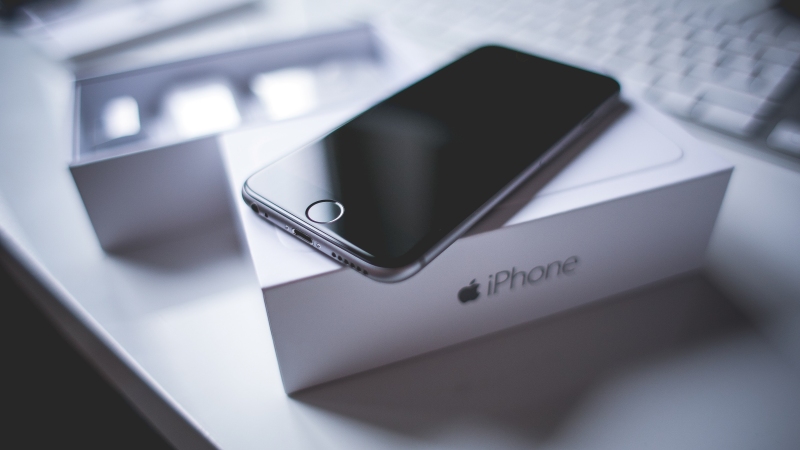 Happy birthday iPhone! Apple’s flagship smartphone was released 8 years ago today and the world hasn’t been the same since…

It’s turned your phone into your best friend

Phones were rubbish before the iPhone: you could play a few games, text your friends and…well, that was about it really.

And then along came the iPhone, with it’s easy access to the internet and social media, and the world collectively disappeared into their screens – lost forever in a constant stream of Facebook, WhatsApp and Buzzfeed. We spend more time with our phones than we do with our friends and family, which might explain why 1 in 8 of us suffer from smartphone addiction (according to research from the University of Derby). Are you one of them? Take our quiz and find out!

It’s introduced apps into our lives

Apple didn’t invent the app, but they made them much easier to download. The App Store didn’t actually debut until the iPhone 3G, before which you had to sync up your phone with your computer to install an app. Now, we’ve got a near infinite supply of games, social media, productivity, video and music apps at our fingertips – and it’s mainly thanks to Apple. Although the parents who ended up with massive credit card bills after their kids downloaded 1000s of paid apps probably aren’t that thankful…

It’s put everything on your phone

Yes, there were phones that could play music and games before the iPhone, but none made it as easy as Apple’s device. Apple made it so easy to store and listen to music on your phone that they accidentally ended up killing the iPod.

Not content with destroying the MP3 player, handheld games console, watch and portable TV, Apple are targetting wallets and purses next with Apple Pay. In 5 years, your phone could be the only thing in your pocket or bag!

It’s made everyone a genius

Someone asks you a question you don’t know the answer to. What do you do?

In the past, you’d have to sit there like an idiot and dither while you came up with a clever way of admitting you know nothing. Now, you can whip out your phone and have the answer in a matter of seconds. Who needs education?! (Just kidding, stay in school kids)

With iMessages, social media and more messaging apps that we care to count, there’s almost no reason to make a phone call anymore. In fact, 40% of people claim they could do without a call function altogether!

It’s stopped you getting lost

Pre-iPhone, finding your way around a strange place meant relying on the knowledge and kindness of strangers, a physical map or just going with it and hoping you didn’t wander to the other side of the planet by accident. Then along came Google Maps (and later Apple Maps) on your phone and suddenly everyone strides around like they’re Michael Palin.

Before the iPhone, the stylus was the weapon of choice for touch screen phones – until Steve Jobs quite rightly pointed out that everyone has ‘10 styluses’ already and promptly killed them the little plastic pens of doom for good.

Well, we say for good; ironically, Apple might bring the stylus back to life with it’s long-rumoured iPad Pro…

The processing power of the iPhone and the popularity of the App Store has encouraged developers to invest more of the time into mobile gaming, with stunning results: games like Candy Crush, Game of War and Clash of Clans rake in huge profits. In fact, it’s predicted that mobile gaming revenue will overtake console gaming revenue for the first time this year.

Of course, it’s not all good news: smartphone gaming gave birth to microtransactions and freemium games, which have slowly crept into console gaming too.

Thanks to the iPhone’s massive popularity, pretty much every phone manufacturer wants a piece of the smartphone pie. However, the only area a lot of manufacturers can compete with Apple on is price, which means you can now pick up a decent smartphone for under £100.

Oddly, the iPhone has increased the price of smartphones too, with people more than willing to fork out over £600 on a device that’ll be out of date in 2 years.

Touch screen technology was around before the iPhone but it was only when Apple unveiled its huge screen and bug-free tech that it became a feature that most people demand from their phones. Compare that to a couple of years earlier, when BlackBerry were wowing people with a physical QWERTY keyboard!

The iPhone’s touchscreen also standardised many of the actions we use to control our smartphones, like swiping and pinching.

If you’re wondering “where can I sell my phone?”, give our mobile phone recycling service a try. It’s completely FREE and you’ll get an instant value for your device. Plus, you can buy refurbished phones from us too!

← Get even more cash for your phone – unlock it!
The Greatest Tech Rivalries of All Time →